Using genomics research to save the Ash trees of Europe.

Hymenoscyphus fraxineus is a fungus that causes Ash dieback disease, which is slowly killing ash trees throughout Europe.

Ash dieback is a devastating disease impacting not only ash trees, which are a key part of Britain’s remaining ancient woodlands, but the hundreds of other species that live in and around ash trees and rely on them to survive. It is believed the fungus arrived in Europe from East Asia, where the native ash trees have evolved over many years to tolerate the effects of the fungus. First noticed in Poland in 1992, ash dieback has now spread throughout the majority of Europe, where the fungus kills almost all infected trees. 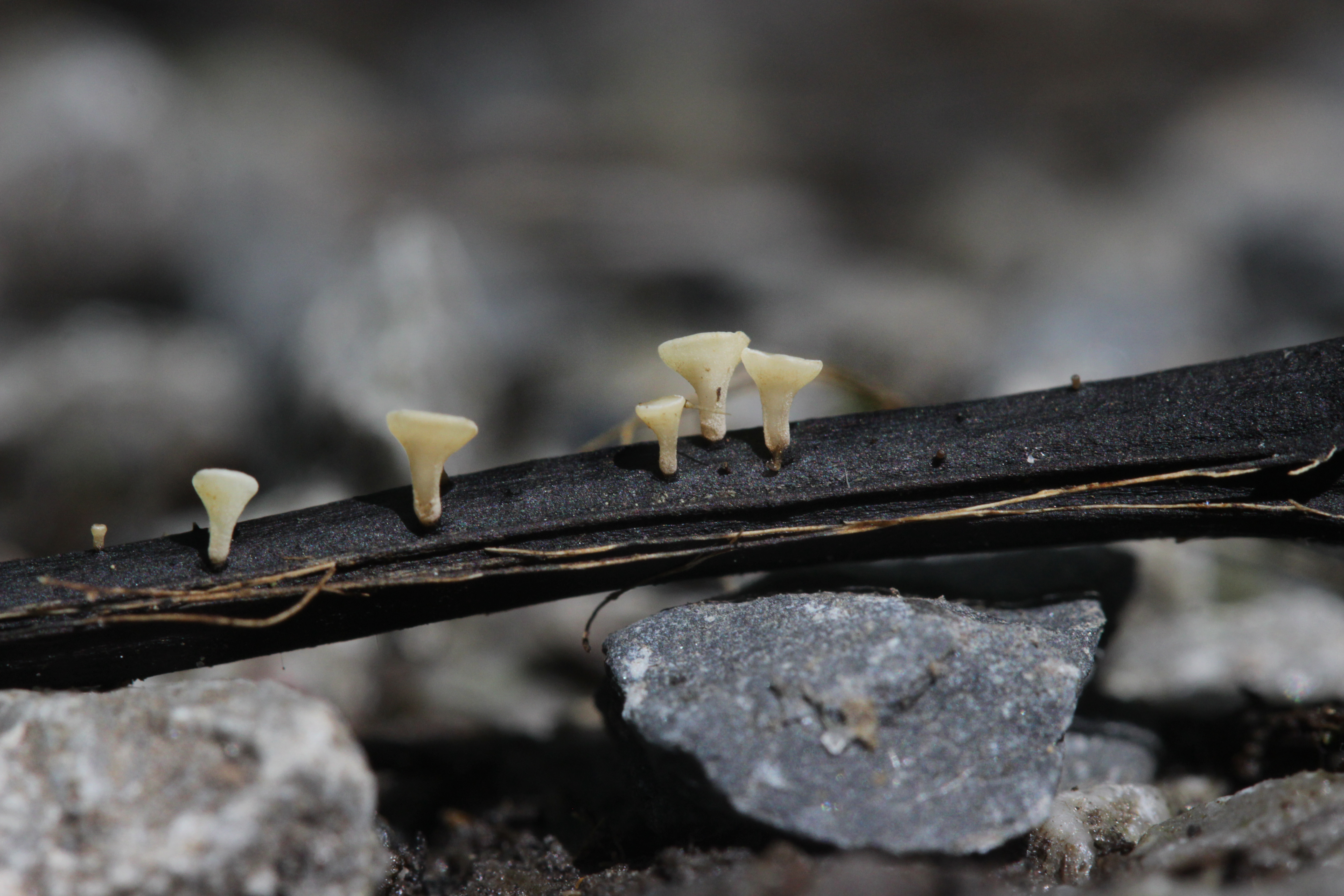 It is estimated that the ash dieback pathogen will kill somewhere between 60-100% of European ash trees. The disease is expected to cost the UK economy around £15bn, due to loss of the ecological benefits provided by ash trees such as nutrient cycling, water cycling, and storing carbon dioxide, as well as the costs associated with management of diseased trees such as felling, replanting, and research.

There are concerns that ash dieback may just be the beginning. Human activity is causing the number of invasive tree pests and pathogens to increase rapidly, through the plant trade and the effects of climate change. One such threat that could spell doom for the remaining ash trees of Europe is the emerald ash borer beetle, which has rampaged its way across the USA and has reached Eurasian shores.

It is hoped by understanding the invasive nature of Hymenoscyphus pseudoalbidus, we may gain insight into other pathogens and therefore be able to manage tree disease outbreaks more effectively, thus preventing further biodiversity loss.

Symptoms of the disease include:

Generally young trees die quickly, with older trees surviving initial infection but eventually succumbing after repeated seasons of living with the disease. The disease is spread through spores which are present on the fallen leaves of infected trees. These can be carried over tens of kilometers, and this is accelerated by movement of infected trees by humans.

Since October 2012, there has been a ban on the movement of trees showing signs of Ash dieback. A campaign has been carried out to help landowners identify signs of ash dieback and in 2013 the UK government has pledged to plant 0.25 million new Ash trees, in an attempt to find resistant strains. These steps to manage the disease are being supported by scientific research, such as that carried out here at EI.

Our research aims to deepen understanding of how pathogens spread and evolve by examining the ash dieback fungus.

We seek to identify the genes that encode the proteins of the fungus used to attack the ash host. For this, we use genomic sequencing of the pathogen from both its native range and its European counterpart. Dr Mark McMullan of the Neil Hall Group, along with collaborators from the Nornex Consortium and the John Innes Centre, recently discovered that the European invasion started with only a few founders - perhaps just one or two spores - which then spread throughout the continent. McMullan also found out that the genes expected to be important for the fungus’ success display more diversity than other genes - and this is even greater in the native range.

Understanding how the ash dieback fungus has evolved throughout the course of its invasion will help improve our understanding of other pathogens. As plant diseases caused by the invasion of new pathogens are quite common, in agriculture in particular, this knowledge can be a valuable aid in finding solutions to a variety of concerning threats to the wellbeing of biodiversity and food security.