The European polecat is a mustelid species native to Western Eurasia and sole ancestor to the domesticated ferret.

The European polecat has a slender body, short legs and a broad head, dark brown fur with a pale underbelly and a white mask across a black face. Its fur becomes thinner and more faded during the summer. Its diet is extremely varied, dependent on geographical location and season. Generally, rabbits and small rodents (voles) are the most popular choice of prey but they rely on birds and amphibians in the winter. Polecats will also hunt grass snakes, insects and European hedgehogs, or raid beehives for honey when live prey is scarce. Hunting by stalking prey, the European polecat will deal a killer blow with a bite to the neck - or paralyse with a bite to the base of the skull to keep it fresh for a future meal.

The European polecat engages in polygamous behaviour, just like other mustelids. Mating season is between March and May, the female will give birth to a litter of 5-10 kits between May and early June. The kits will begin weaning at three weeks and become independent after two-three months. Alongside the intraspecific breeding of European polecats, they can interbreed with domesticated ferrets, producing polecat-ferret hybrid populations which have been recorded in Britain with the advent of a rejuvenated British European polecat population. They also can produce fertile offspring with steppe polecats.

They are found in a variety of habitats, reflected by their extensive population distribution. They are most commonly found in low-lying woodlands and lands closest to water, e.g. trees and shrubs that grow next to rivers (known as a riparian zone). Other potential habitats extend to the forest steppes (of Eastern Europe and Russia), sand dunes, marshes and river valleys, and agricultural lands. The polecat can live in this variety of habitat provided there are nearby waterside habitats or wetlands. 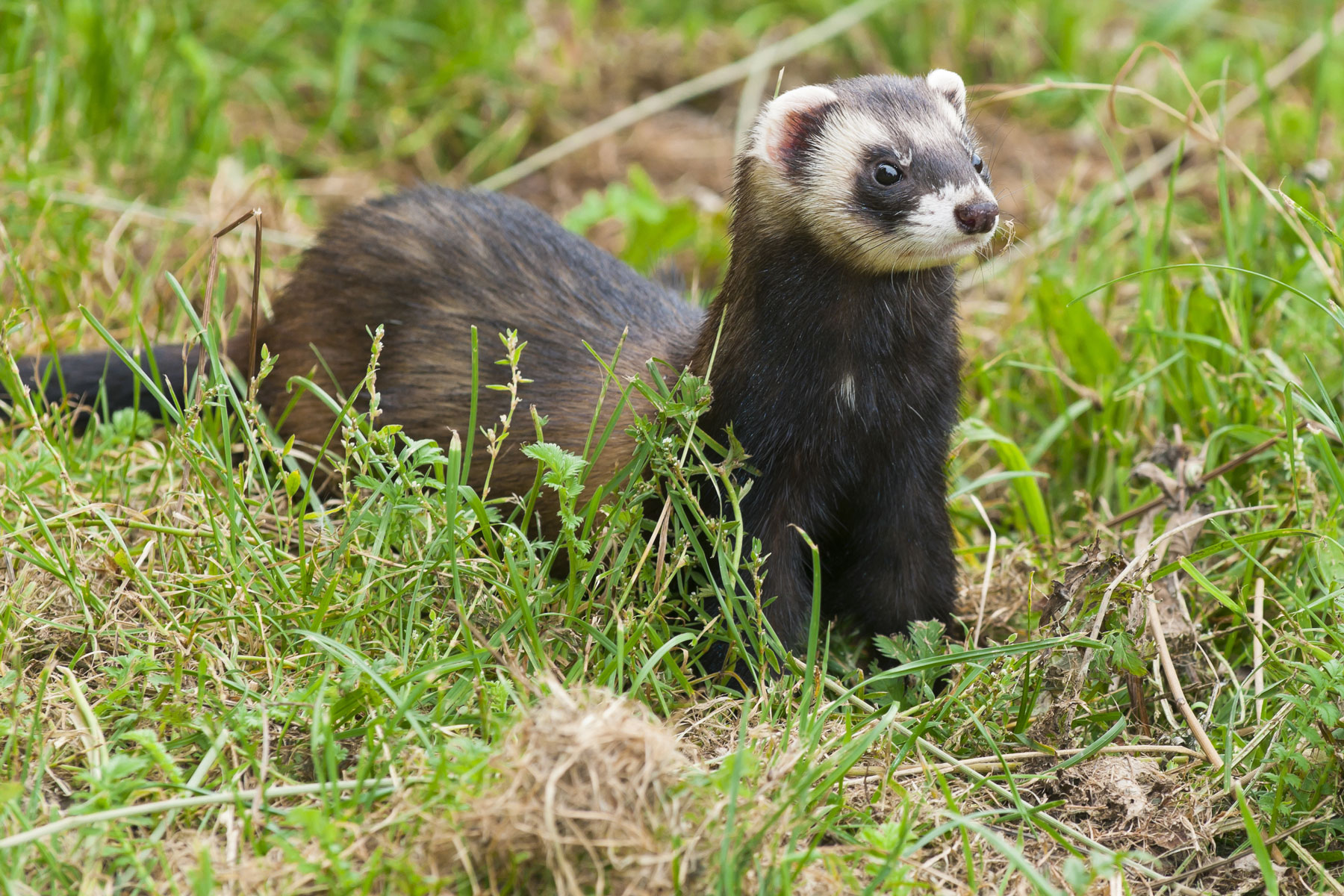 European polecats have had great success with conservation efforts to reintroduce them into the UK. As birds are key to their diet, they were regarded as a threat to farmers’ chickens. Prior to the introduction of barbed wire netting, hunting them to extinction was considered the most viable option to protect poultry stocks which pushed them to the brink of extinction on the British Isles. By 1915, they were extinct in England but survived in Wales and the Northernmost tip of Scotland.

To arrest this decline and help it recover, populations were introduced into several places including Cumberland and Argyll in the 1970s and 1980s. In addition to these reintroductions, an increase in rabbit populations, decreased hunting by gamekeepers and the eventual introduction of legal protections increased populations. A survey in 2015, indicated that European polecat populations had spread as far across England as Norfolk and South Yorkshire, highlighting the success of European polecat conservation.

Domestic ferrets and polecats can be hard to tell apart, especially when they have interbred and formed hybrids. It can therefore be difficult to understand what is a polecat and what isn’t.

Clearly, this can hamper conservation efforts as we aim to increase the numbers of polecats back into areas where they once thrived.

Genomics work at Earlham Institute is helping in this regard, informing us of when a polecat is definitely a polecat.

The IUCN Red List has more about its population and threats/conservation efforts.

Here is a BBC segment about how to identify them.