Koalas are a herbivorous marsupial species that live in Eastern and Southern Australia, currently with a conservation status of vulnerable.

Koalas live in Eucalyptus woodlands which are the source of their diet and are nocturnal animals that spend the majority of their time sleeping (up to 20 hours) and living sedentary lifestyles. This is because their diet is low nutrient and highly toxic, and requires large amounts of metabolic energy for detoxification. They are asocial and spend most of their time being solitary. Koalas have evolved to live in Eucalyptus trees as protective compensation for their laidback lifestyles. Consequently, they are arboreal animals, meaning that they are adapted to move in trees. Their small and vestigial tail, round rear end and curved spine are all adaptations for their arboreal lifestyle.

As marsupials, they have distinct pouches that carry their young. A koala will give birth to a joey, which is its young in an embryonic state. The joey has already got functioning respiratory, digestive, and urinary systems, as well as developed lips, forelimbs, and shoulders which allows it to crawl into its mother's pouch from the birth canal. The koala continues its development in the pouch, and then on the mother’s back when it outgrows the pouch for around a year whereupon they can independently live on trees. 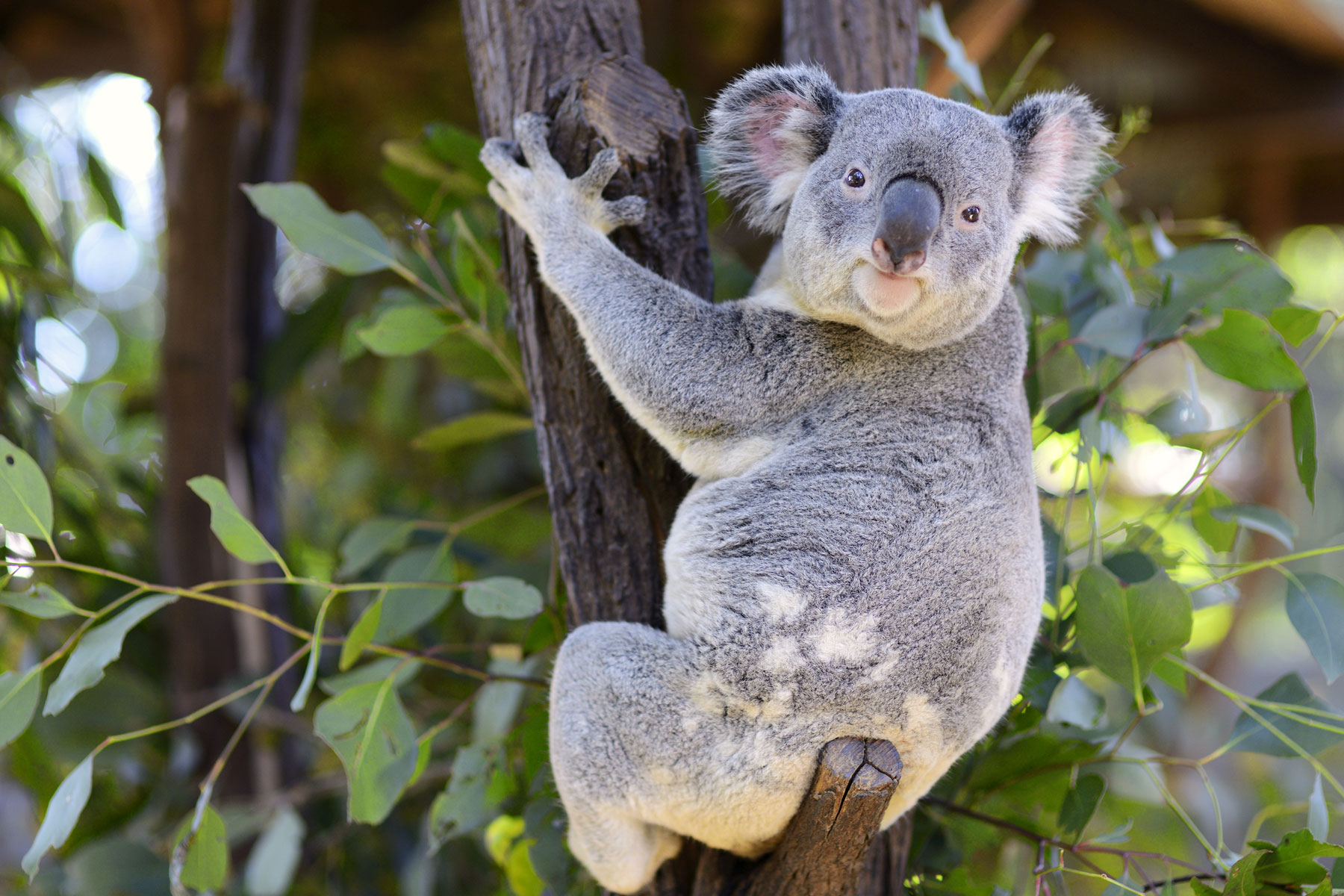 The koala has recently become one of the first marsupials to have its genome fully sequenced, which is incredibly important considering the state of conservation of Australian mammals in general - 80% of which are under threat.

The koala genome can offer valuable insights not only into how we can protect and conserve this poster species of Australia, but also contains valuable insights that might be useful to us. One such example is the study of how baby koalas: how do they manage to survive in a pouch teeming with microbes while having a relatively underdeveloped immune system? It is possible that we could find novel antimicrobial drugs in either the pouch or the mother's milk.

The koala was recently listed as vulnerable by the IUCN. Koalas were hunted for pellets by European settlers in the early 20th century which decimated the koala population; eight million koalas were killed between 1919-1924. Public outcry led to it becoming a protected species in 1937, however, deforestation of the koala’s habitat continued and habitat destruction and fragmentation remain as a major threat towards koalas. Koalas can live in urbanised areas with enough trees to support them, but this leaves them susceptible to other threats including vehicle collisions and attacks from dogs.

Koala conservation centres have been set up to protect their habitat and spread awareness. Hospitals and rehabilitation centres have also been set up, where koalas that are injured or infected can receive care while they need it. Additionally, as a vulnerable species, Queensland/New England state governments require developers to look at the impact of projects on the species.

One of the main recent threats to koalas is chlamydia - with the causative agent being Chlamydia pecorum, which is very similar to the bacterium that causes chlamydia in humans (Chlamydia trachomatis). Koala chlamydia has been highlighted as a key factor in their decline in Australia over the last 20 years, which has left half of the female population infertile. Antibiotic treatment is available but only effective for early-stage patients of the disease. The koalas that are caught in a later stage cannot receive antibiotic treatment, and those asymptomatic koalas can continue to spread chlamydia among the species unchecked.

Koala chlamydia vaccines have been developed which uses small fragments of the C. as a way to train the immune system to develop a response which can be stored in the koala’s immunological memory, therefore, making it better equipped to fight any future C. pecorum infections. There is hope that successful C. pecorum vaccines will form the basis for a vaccine against C. trachomatis for humans.

Along with the University of Sydney and The Australian Museum, Earlham Institute has been instrumental in deciphering the koala genome - making some incredibly interesting findings in the process.

One area of interest was how koalas manage to survive on a diet of eucalyptus leaves, which would be toxic to most other animals on earth.

Koala genome cracked Down Under to help save species

Scientists at the Earlham Institute in Norwich, UK, have played a major role as part of a consortium led by the Australian Museum Research Institute and the University of Sydney to sequence the koala genome for the first time, with the findings published in Nature Genetics. The findings of the research could ensure the long-term survival of one of the world’s most beloved animals, which is under threat from habitat loss, chlamydia and the koala retrovirus (KoRV).

See how our research is helping the koala.

For more koala information, check out this profile by the San Diego Zoo.

For a closer look at some koala conservation efforts, take a look at the Australian Koala Foundation.

Here’s a video with some additional facts about the koala.

Helping to save the Koala: a conservation genome blueprint