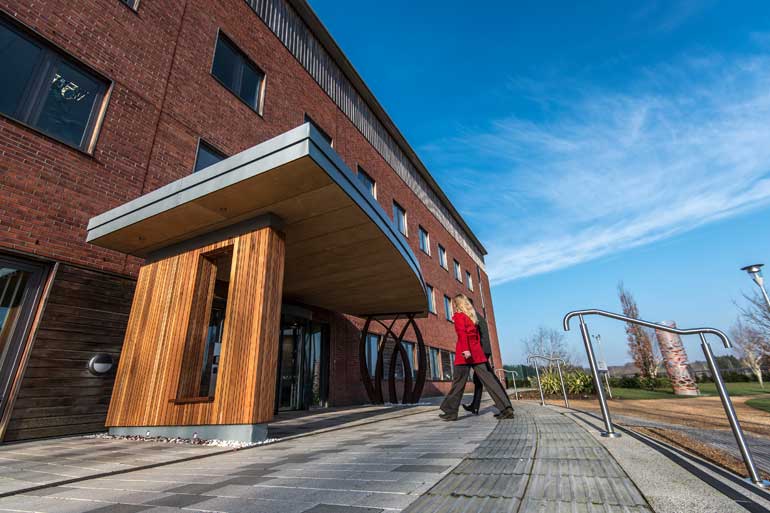 The Earlham Institute (EI) is delighted to announce the appointment of Professor Neil Hall as its new Director.

Professor Neil Hall will join EI in April 2016 from the University of Liverpool where he is currently the Director of The Centre for Genomic Research.

As a leader in the field of genomics, Professor Hall has specialised in understanding the genomics of infectious disease over the past decade. He has led projects at The Wellcome Trust Sanger Institute and The Institute for Genomic Research (TIGR) in the US, including the effort to sequence the genome of Plasmodium falciparum, the malaria parasite.

Professor Hall, who is also Head of the Department of Comparative and Functional Genomics, gained his PhD in Genetics at Liverpool University. His current research interests range from investigating the genetics of pathogen population structures to developing genomic tools to assay complex genomes such as wheat, a crop of significant interest and research focus at EI.

Professor Nigel Brown, EI's Board of Trustees’ Chair, said: “I am delighted that Professor Neil Hall has accepted the position of Director of EI.  His expertise and experience will bring strong and relevant leadership to the Institute.  The Board of Trustee Directors and I look forward to working with him in taking the Institute forward.”

TGAC receives strategic funding from the Biotechnology and Biological Science Research Council (BBSRC) and, Professor Jackie Hunter, BBSRC Chief Executive, said: “EI represents an important UK National Capability, pioneering genomic and bioinformatics science that is helping to drive the development of the bioeconomy. I am very pleased to see the appointment of Professor Hall as EI’s new Director. He has a superb track record in both genomics tools development and in applying this to tackling bioscience challenges. His combination of experience, knowledge and leadership make him the right person to lead EI.”

Professor Hall, said: “I am really excited to take on the role of Director. EI’s unique capability means it is exceptionally well placed to address some of the key challenges in the biosciences. I expect the Institute to have an expanding role in the research landscape, nationally and internationally, over the coming years. I have been impressed with the level of development at TGAC since its inception, and I am looking forward to join such an enthusiastic and energetic institute and to lead it to the next stage of development.”

Neil will take over from Interim Director, Professor Dylan Edwards who has been working at the Institute since August 2015. Professor Edwards will commence a new role in February 2016, at the University of East Anglia, as Executive Dean of the Faculty of Medicine and Health Sciences. Professor Edwards, said: “I am extremely pleased to see Professor Hall being appointed as Director at TGAC; since my time working with the team at the Institute I have been tremendously impressed with the world class research being delivered there. I will also look forward to continuing my close working relationship with the science faculty as part of the wider Norwich Research Park."

Connecting the dots: ensuring science has impact where it's needed

Why do a year in industry?

Translating research is vital for success in the new academic landscape

EI Alumni: where are they now?

Our Director of Science honoured for Biological and Medical Sciences