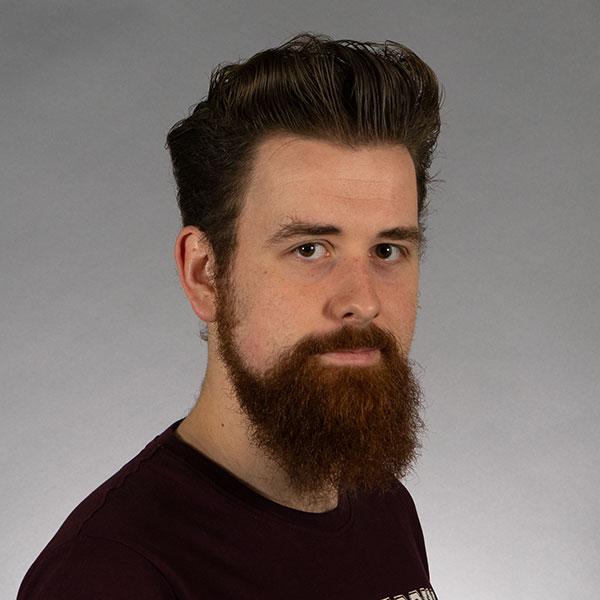 After completing an undergraduate degree in Biological Sciences at the University of East Anglia, I began my PhD with Professor Philip Gilmartin. My project was split between the John Innes Centre and the Earlham Institute.

Our research focussed on characterising genes that function in the heteromorphic self-incompatibility system of heterostylous Primula flowers. During my PhD, I was given the opportunity to get involved with bioinformatics and quickly became engrossed in computing; from BASH scripting to bare metal chip programming in low-level assembly language.

I am now employed to work on the Darwin Tree of Life project as part of a team aiming to obtain reference genomes for all 66,000 eukaryotic species in the UK. My focus is on population genetics and genome assembly of Hymenoptera species, many of which are important pollinators.

Bees are in decline. How can technology and algorithm development boost their chances, through understanding which wild flowers they pollinate?
Image
06 September 2019
Learning Public engagement
FEATURE | 5 min READ

Genome annotation is no simple feat, but it’s incredibly important in identifying the functional elements of DNA. Building the appropriate tools and pipelines is key.
News
Image

Earlham Institute researchers develop a new method to rapidly identify sources of bee pollen to understand which flowers are important for bees.
Image

We help identify new virus affecting social insects which could be a threat to pollinator health worldwide.
Image

UK Research and Innovation has awarded £6.3 million of new funding to support the development of BioFAIR, a collaborative virtual infrastructure that will support the sharing and management of life science data.
Projects
Image