The Weddell seal is a species of seal that is part of the Phocidae (true seal) family, which lives circumpolar - all around the Antarctic.

The Weddell seal was discovered by sea captain James Weddell in the Southern Ocean. Weddell seals have a circumpolar distribution all over Antarctica and they have the most southerly distribution of any mammal.

Females will go onto the ice and give birth to pups born between September and November. They will form small breeding groups around breathing holes, which males will guard. Following a two-month implantation delay, the female is pregnant for 11 months. On average, two pups are produced every three years. They will feed off their mother’s milk for the first six weeks (in which time the mum doesn’t eat) and begin to swim after one-two weeks. After the six weeks, they will wean and begin hunting themselves and can live for up to 30 years.

Weddell seals can dive 2000ft, and stay submerged in the ice for up to 80 minutes. This ability to stay submerged without needing to breath is attributed to high myoglobin levels and high red-blood-cell count, which increases their carrying capacity for oxygen, as well as being able to respire anaerobically for long periods of time by preventing the lactic acid built-up in muscles from entering the bloodstream while underwater.

They will hunt by diving beneath their prey and use the sunlight above to make the prey backlit against the ice, which makes it easy to use their vision to hunt. While on fast ice or land, they have no natural predators (hence their tame behaviour around humans), in the ocean or on pack ice, Weddell seals can be hunted by killer whales and leopard seals who target pups and young seals. To avoid predators, they can swim under the ice. 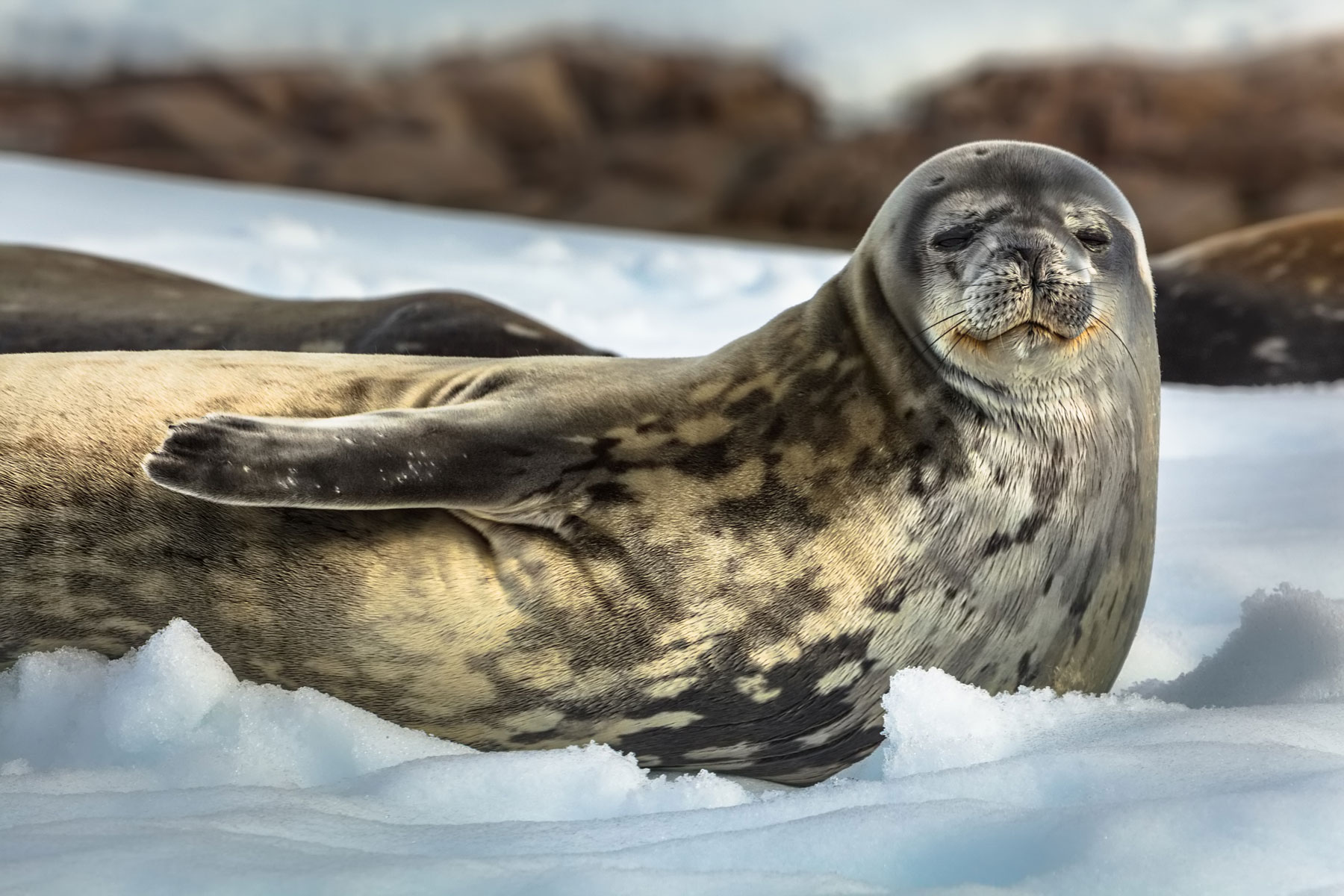 It is classified as of Least Concern by the IUCN but is protected by the Antarctic Treaty and the Convention for the Conservation of Antarctic Seals to stop commercial hunting. In the early 20th Century, they were targeted by Antarctic explorers to feed both explorers and their dogs. However, with the advent of the aforementioned treaties, harvests stopped and dogs were fully removed by the 1990s.

This allowed for any seal populations that were suffering from decline to recover. Though there are no current conservation efforts, there are some concerns that climate change could have a significant impact on Weddell seals in the near future if their Antarctic ice habitat melts, and they are unable to adapt.

More information can be found at the Seal Conservation Society.