Earlham Institute Scientists are at the forefront of one of biology’s modern frontiers: the untraversed depths of nature’s hidden microbial universe. From the bacteria living inside of us to the millions of single celled protists underpinning the health and prosperity of our ecosystems.

Earlham Institute Scientists are at the forefront of one of biology’s modern frontiers: the untraversed depths of nature’s hidden microbial universe. From the bacteria living inside of us to the millions of single celled protists underpinning the health and prosperity of our ecosystems, their discoveries have the potential to help us age more healthily, live more comfortably, and understand life on Earth like never before. This is the field of metagenomics.

“Before metagenomics it was really, really hard to explore what bacteria are living together in a community,” says Dr Falk Hildebrand, Group Leader at Earlham Institute (EI) and Quadram Institute (QI).

“For at least the last hundred years or so, we’ve had a pretty good idea that bacteria are everywhere - be it on surfaces such as teeth, in the air, or even deep under ocean sediments. However, until very recently we haven’t been able to probe just what they all are.”

We each carry about 100g of bacteria in our guts - that’s a lot of biomass - and without them, you probably wouldn’t have a chance of properly surviving.

The human gut, for example, is teeming with bacteria. Every number two is laced with hundreds of millions of bacterial cells, many of them still alive, which we are increasingly confident play a vital role in maintaining our health and longevity.

“They’re a very important part of us,” says Hildebrand, who has built a successful career applying metagenomics to explore the makeup of our gut microbiome, discovering dozens of new species of gut microbes - and even a whole new family of them - in the process. “We each carry about 100g of bacteria in our guts - that’s a lot of biomass - and without them, you probably wouldn’t have a chance of properly surviving.”

Almost 350 years ago, it was among a stool sample that Antonie Van Leeuwenhoek (whose story deserves a whole book in its own right) discovered microbes for the first time. Between that discovery in 1683 and 1990, Google Scholar yields a mere 636 results for the search ‘microbiome’. Between 1990 and 2010, that number rises to 42,900. Since 2010, you can find a whopping 220,000 results on the topic.

That acceleration follows another important breakthrough - the widespread access to cheap and powerful DNA sequencing and computing technologies. While it took a good quarter of a century and more than a billion pounds to map out most of the human genome, with equipment such as the NovaSeq at EI we can now reel off 48 of them in a couple of days.

But although a human genome is long and arguably more complex than that of a bacteria, at least we know where the sample came from - and what species it belonged to. With bacteria, and the hundreds or thousands of different species of them which make up complex communities such as the gut microbiome, it’s a different story.

There are countless species we haven’t even discovered yet and, even among those that we do know, it’s no easy task to recognise where one species ends and another begins - especially when they’re prone to swapping huge chunks of DNA with each other. It’s no surprise that older methods, such as microscopy, were of limited use. Even with more modern techniques such as metabarcoding, which identifies small DNA “barcodes” that can distinguish different species, we still couldn’t truly disentangle all of what was really going on.

Metagenomics combines full genome sequencing with clever computational techniques that can identify and, importantly, quantify exactly what microbes are present in a mixed sample.

“Now we can properly, cost-effectively, efficiently and precisely characterise what bacteria are present in a sample,” explains Hildebrand. “We can finally describe the diversity that’s there and - not only that - we can say, ok there’s ten, or one hundred times more of this.

“We can also glean a lot of other information about the evolution of bacteria, the genes involved, their relationships with each other, and whether or not you inherited them from your mother.” All of this is useful information to researchers who are looking into how disruptions in the microbiome can lead to chronic illness, or even death.

When people talk about the microbiome, they often mean the human microbiome, or more specifically the gut, but really any area where you find communities of organisms could be described as a microbiome.

The real time era of genomics

The real world applications are already rolling in. In real time.

Last year, EI’s Dr Richard Leggett was among a team of researchers who published work in Nature Microbiology on an exciting application of metagenomics in a clinical setting. Using the latest DNA sequencing tech - a handheld, portable device known as the MinION - the team was able to identify the presence of harmful, antibiotic resistant bacteria in premature babies.

This is game-changing. The real time nature of the DNA analysis means we can now get a clinical sample and detect potentially lethal microbes within five hours. A lot of this is down to the algorithms Leggett and his group have been developing, which he says enable researchers to “take the lab to the sample”.

“This is a really nice application of the technology. It’s got the potential to lead to better treatment and it’s led to the software tool NanoOK RT, which we designed specifically for it,” says Leggett, whose group have been exploring a whole range of mixed environmental samples. This research is not limited to bacteria, but to each and every species that it’s possible to detect through DNA sequencing - from green algae in the Southern Ocean to pollen grains found on bees.

“When people talk about the microbiome, they often mean the human microbiome, or more specifically the gut,” says Leggett, one of the pioneers working in the research area known as environmental metagenomics. “But really any area where you find communities of organisms could be described as a microbiome. We’re interested in all kinds of microbiomes - including the air microbiome and the ocean microbiome. 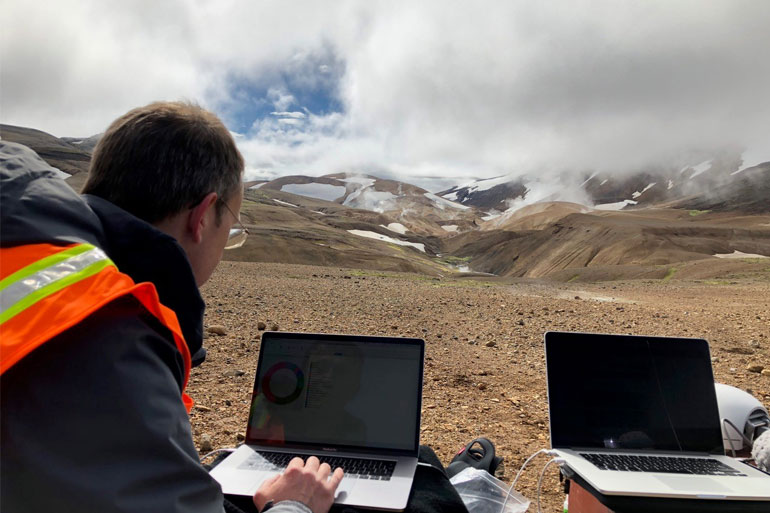 The real time era of genomics

“NanoOK was developed for our work on preterm babies but we’ve been able to apply it in extreme landscapes in Iceland, and on a research vessel in Antarctica.”

“In real time, it will let you take environmental or clinical samples and perform taxonomic classification - tell you what’s in your sample - and present your data in a nice way so that you can, for example, compare with previous samples while you’re still sequencing.”

According to Leggett, access to Oxford Nanopore’s breakthrough MinION technology has really widened the scope for researchers to probe a whole host of different ecosystems in a way that has never previously been possible. The MinION has even been taken to outer space.

“It’s a number of things," explains Leggett, "One is portability, the ability to use it in the field, and the other is that it works in real time. We did a trip to Iceland with Sarah Stewart Johnson’s lab [who are interested in planetary exploration]. Using the MinION we were able to go from sample collection to data analysis using just a car battery. That wasn’t possible before.”

It’s also much more economic than the current alternatives. “Whatever the cost per genome might be compared to other platforms, you could debate that, but any research group can get a MinION and go and use it. It’s putting sequencing technology in the hands of more people.”

Leggett is currently working on a new version of NanoOK RT, which aims to make metagenomics analysis easier for more users. Importantly, it would be available as an open access resource.

“We’re developing a flashy new version [of NanoOK RT] called MARTi - Metagenomics Analysis in Real Time. It’s got an updated NanoOK RT back end, and my PhD student Ned Peel is making a rather beautiful web-based interface for it, which will make it a lot more accessible.

“We’re really excited about that. We’re targeting a release for later in the year and we hope it will make an impact - the only comparable solution is paid-for and relatively closed, but this is a completely open platform that we hope will appeal to many researchers.”

The team of scientists and clinicians at the Norwich Research Park who have pioneered a new method for profiling the microbiome of preterm babies. 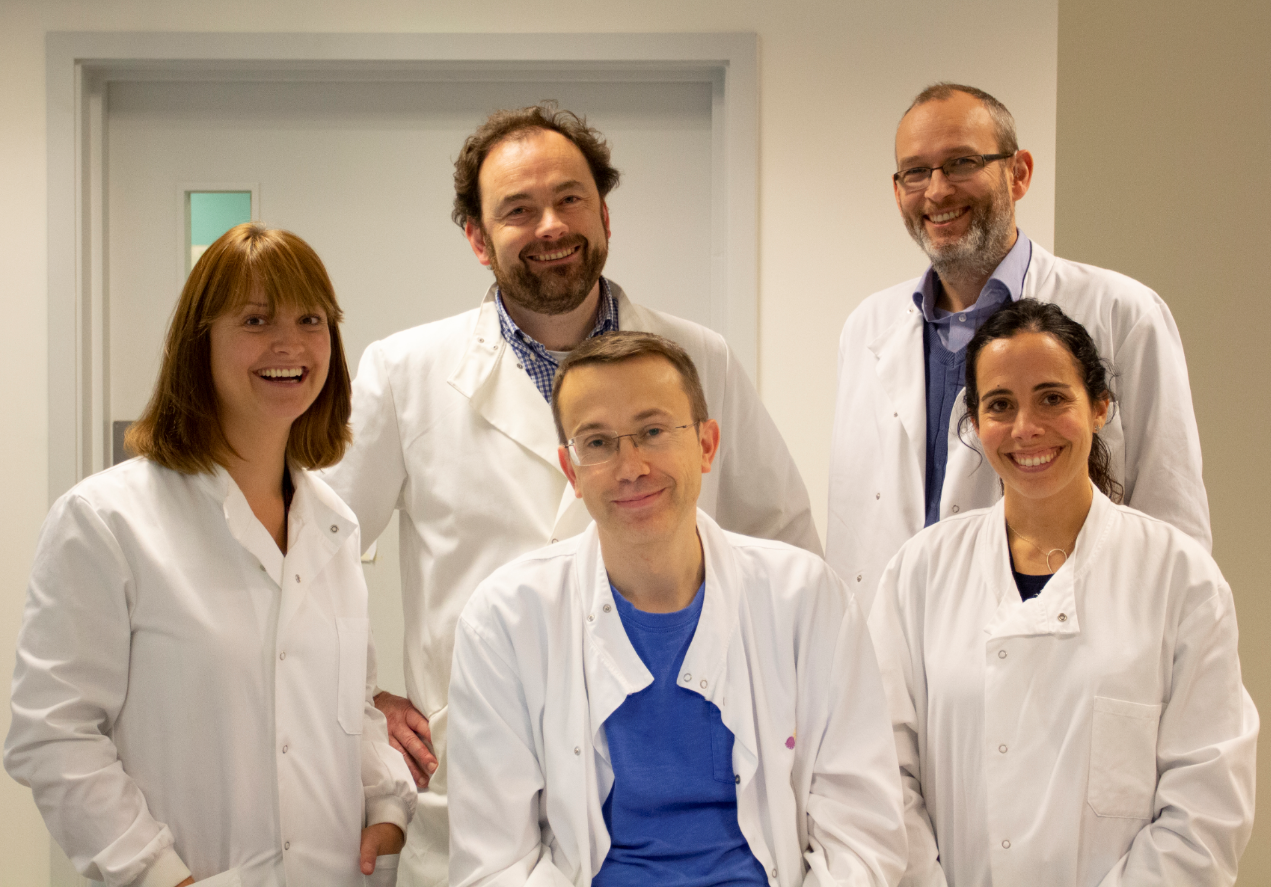 From discrete communities to Darwin's Tree of Life

Hildebrand and Leggett both show how increased accessibility to low cost DNA sequencing provides a great platform for novel discovery. A UK-wide team, which includes EI, is extending that research potential in an effort to get full DNA sequences for every eukaryote species in the British Isles.

As part of this project, known as the Darwin Tree of Life, EI researchers are hoping to reveal the true extent of the diversity we don’t often see or hear about. One of those researchers, Dr Sally Warring - a postdoc in the Neil Hall Group - says it will help answer long standing questions.

“Some of the research questions I think about are influenced by questions I get asked most often. One of the most common is: how many protist species are there in that pond? I’m always saying, ‘I don’t know!’ And I don’t think we have very good ways of knowing.”

“I think the single cell sequencing work will help in answering that question,” says Warring. “I don’t think metabarcoding, which I’ve done some of, is getting us close enough. We’re not getting enough resolution from that - it’s too short a fragment of DNA.” 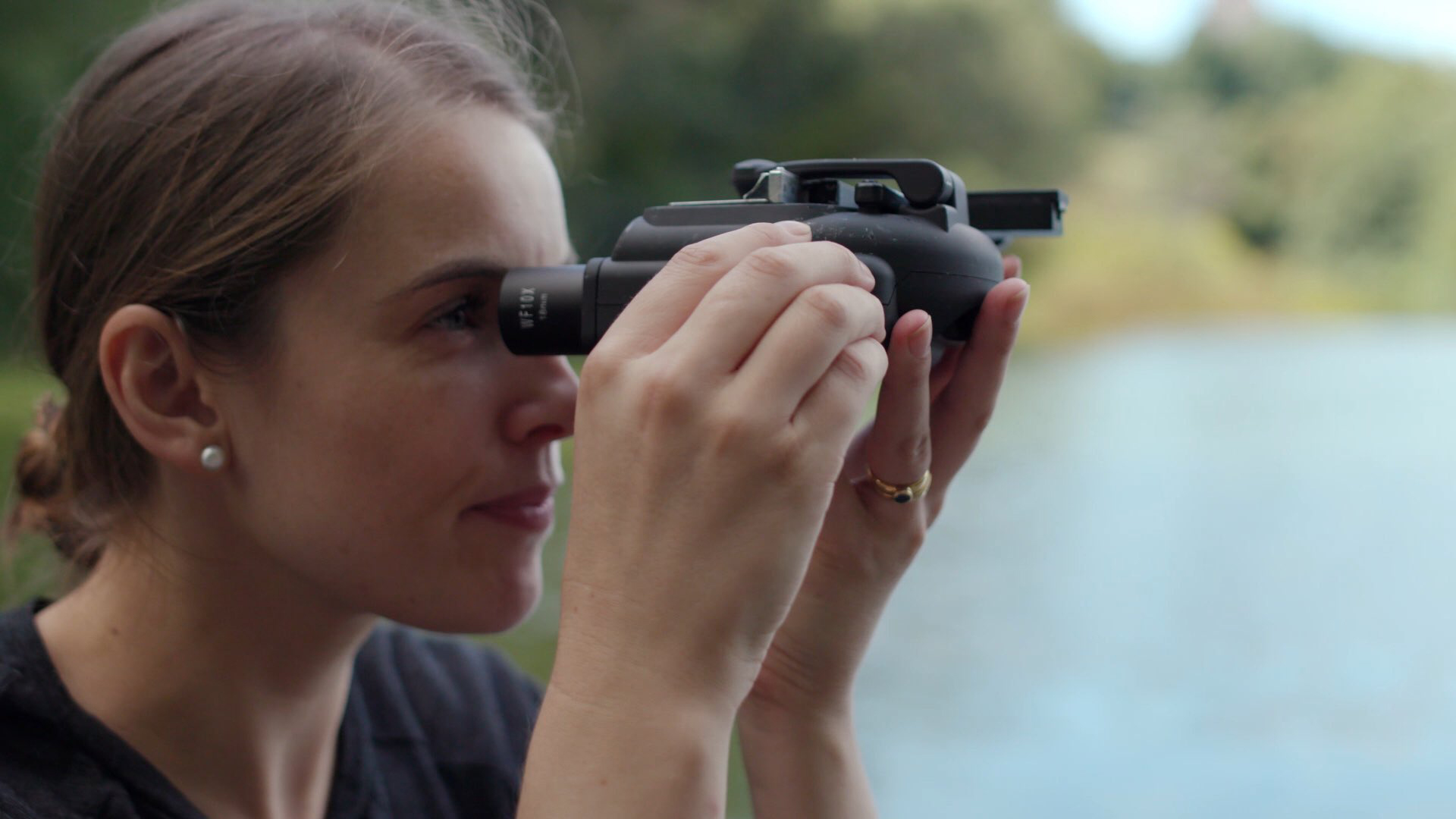 Leggett thinks this will help, reflectively, with his own work. One of his projects relies on reference genome sequences of wildflowers to be able to identify and quantify the different plant species present in a sample of bee pollen. “The increasing availability of reference genome sequences helps metagenomics analysis,” he says. “The Darwin Tree of Life project is really going to help with that.”

Like Warring, Hildebrand says there’s a lot still to be discovered - even inside the human gut. “There’s still some work left to do. Even in something really well explored - the gut is probably the best explored microbiome - you still find new species. With any new metagenomic study, it’s kind of expected.”

We’re only in the early days of metagenomics. Considering what we’re already beginning to understand, the next few years of exploring life’s diversity are going to be truly fascinating. It’s clear that - though we might gaze at the night sky and think there’s so much up there we are yet to explore - there are still billions of discoveries awaiting us down here on Earth.