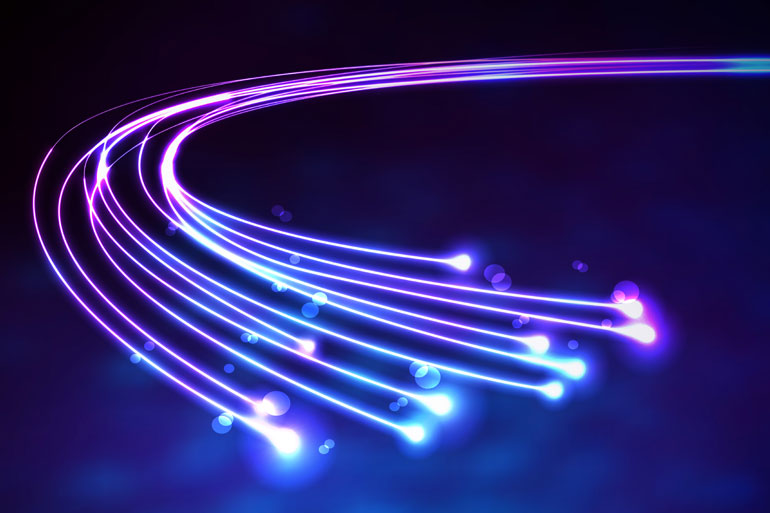 The Earlham Institute (EI) and high-performance computing (HPC) hardware provider Optalysys Ltd have joined forces to develop and implement a revolutionary optical processing device that will perform large-scale DNA sequence searches for crucial genomic research with energy savings of over 95% per year. The new Genetic Search System (GENESYS) has been granted £0.5 million in funding from the government partner Innovate UK.

In the rapidly growing field of genomics, pattern matching against a sequence of nucleotides or amino acids is critical to the assembly, annotation and comparison of complex genomes. This is essential to tackle some of most prevalent diseases in humans, such as cancer, as well as identify and prevent the pathogens that can decimate stable crops that provide global food security.

As gene-sequencing technologies continue to evolve, the public sequencing databases that contain this knowledge are doubling in size every 18 months or less. Identifying and understanding newly sequenced genes through extensive searches of these DNA databases is becoming too expensive for researchers in genome analysis. Such large databases require access to large HPC resources that consume vast amounts of energy for power and cooling.

The new Genetic Search System (GENESYS) will perform large-scale gene database searches powered by just a standard mains supply (1). Its success will dramatically reduce the capital and energy costs required to undertake this fundamental DNA research. Identifying and understanding newly sequenced genes require extensive searches of such databases e.g. after discovering a previously unknown gene in a mouse, a scientist will typically search the human genome to see if humans carry a similar gene. DNA searches are also used to understand the evolutionary function and relationship between species and their common ancestors (2).

To ensure searches complete in a reasonable time, large and costly HPC systems and robust searching software, such as BLAST (one of the most widely used bioinformatics applications) are used. In this collaboration, EI will be the first to apply the technology to the field of bioinformatics, where Optalysys's revolutionary optical processing technology will be developed to perform BLAST-like searches against the 64 million+ base pairs of DNA within the Human Microbiome Mock Community database, which have been extensively studied at EI.

EI’s HPC systems collectively consume up to 130KW of power, including mechanically removing heat. By using GENESYS, EI expects to reduce its power consumption by over 95% with Optalysys technology compared to its existing HPC facilities while significantly reducing the environmental impact of running traditional HPC (3).

"I'm really excited to be working with Optalysys to apply their revolutionary optical computing technology to aligning DNA sequences, a fundamental genomics problem. Their optical computing hardware has the potential to provide a huge step-change in the important areas of high-performance computing and energy efficiency, and I'm delighted that EI is leading the vanguard with this technology in the Biosciences. Such a valuable collaboration between industry and academia is only possible through the support of funding bodies such as Innovate UK," said Timothy Stitt, Head of Computing at EI.

Optalysys CEO, Dr Nick New, adds: “We are thrilled to be working with the leading research Institute in genomics, EI on this exciting project. The GENESYS system has the potential to fundamentally change the field of DNA analysis by providing a system that is at least as accurate as current systems, but magnitudes faster, cheaper and smaller – fitting on a desktop. This brings the ability to perform this kind of analysis into the hands of a much broader base of companies and institutions who previously were unable to do so due to capacity constraints and prohibitive running costs."

Crucial in addressing grand scientific challenges of genome analysis such as high-resolution models in Big Data, GENESYS is not limited to only bio-informatics applications. Once a successful prototype is realised, the pioneering technology can be transformed to be used for other projects relying on Big Data, e.g. real-time processing of satellite data and cancer diagnostics, thereby stimulating companies and institutions to embark on data-driven innovation that they were previously unable to do because of lack of capacity and HPC-associated costs.

Led by Yorkshire-based Optalysys in partnership with EI in Norwich, this ground-breaking project’s partnership of hardware engineering and advanced science expertise has the potential of unprecedented scale in environmental, economic and innovation impact. Optalysys is an SME comprised of highly experienced technical engineers and business leaders with the goal of bringing Big Data supercomputing to the world; EI is a research institute with around 90 staff, focused on the application of state of the art genomics and bioinformatics to advance plant, animal and microbial research to promote a sustainable bioeconomy.

The global genomics market is predicted to grow at 10.3% CAGR to reach $22.1bn by 2020 (4). With a number of genomics companies, investment and data intensive projects increasing, a 4300% growth in annual data generation by 2020 is predicted (5). With such a considerable increase in data, the problems of energy efficiency, high expectancy and the rising cost of compute resources will only become more pressing, which GENESYS could provide a solution for.

(2) DNA sequence analysis is increasing, rapidly resulting in many benefits to mankind, animals and plants. A portable, energy-efficient DNA database search technology in association with future miniaturised sequencing devices, such as GENESYS, could drive the development and adoption of in-the-field DNA sequencing and analysis (e.g. point-of-site Ebola outbreaks) as well as personalised medicine at the GP surgery.

(3) The EI Benchmark BLAST search on a single HPC node takes 28 hrs with a measured energy footprint of 11.2 kWh (including cooling). From this, it is estimated that an annual cost saving will be over £40k.

Optalysys was founded in 2013 by Dr Nick New and James Duez.

A renowned world expert in optical pattern recognition, Dr New developed the forerunner to the Optalysys technology whilst carrying out PhD in electrical engineering at Cambridge University. Dr New went on to forge relationships with military and other organisations including missile systems developer MBDA and NASA before securing funding to take Optalysys forward.

Optalysys Chairman James Duez is a respected business and technology innovator who has pioneered several award-winning technologies. James has worked extensively with Global 250 organisations and government departments including the Ministry of Defence and the US Department of Defense.
The Optalysys team includes specialists in software development, free-space optics, optical engineering and production engineering. The company has several patents covering its groundbreaking technology.

Optalysys is currently running a Series A funding round to support product commercialisation activities up to the first product launches in 2017.

Find out more at www.optalysys.com
© 2015 Optalysys Ltd. All rights reserved

Innovate UK is the new name for the Technology Strategy Board – the UK’s innovation agency. Taking a new idea to market is a challenge. Innovate UK funds, supports and connects innovative businesses through a unique mix of people and programmes to accelerate sustainable economic growth. For further information visit www.gov.uk/innovateuk.