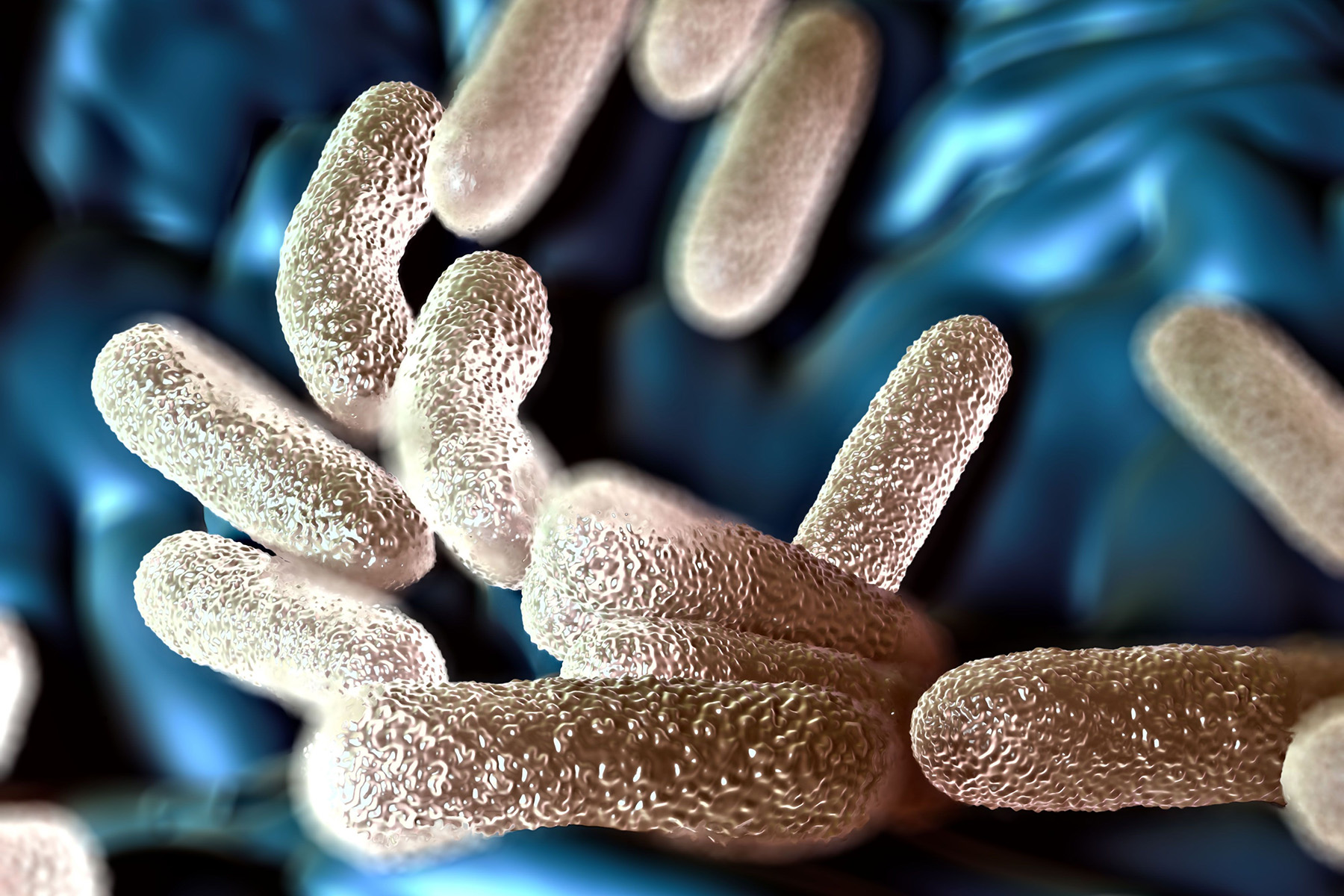 A new study into common variants of Salmonella present in pigs has found that they can have very different effects on the health in pigs and also on the risks they pose to food safety.

Variants of concern (VOCs) and variants of interest (VOIs) have become familiar terms due to the current pandemic, but variants of familiar pathogens such as Salmonella also present a threat to human and animal health.

To better understand the different threats these variants pose, a collaboration led by Professor Rob Kingsley from the Quadram Institute and Professor Mark Stevens from the Roslin Institute working with scientists from the Earlham Institute has focused on common variants of Salmonella present in pigs in the UK.

Their findings, published recently in the journal Nature Communications, has shown that despite being extremely closely related, variants can have very different effects on the health of the pig and also on the risks they pose to food safety.

Salmonella Typhimurium is one of the most common types of Salmonella. It is a major cause of human gastroenteritis, notably from consuming undercooked pork products or as a result of cross-contamination of foods consumed raw. This bacterial pathogen is also a concern to the pork industry due the health and welfare of pigs and potential effects on productivity. Salmonella Typhimurium is relatively common in pig herds globally, and processes implemented in abattoirs are designed to prevent contamination of meat destined for the food chain.

Bacterial pathogens continually evolve to exploit new ecological niches. Human activity, including agricultural practices and how we use medicines and antimicrobials may drive the emergence of new variants. Understanding exactly how this happens is crucial to countering the consequences of new variants on human and animal health, and the answers lie in the bacteria’s genes. Genome sequencing can read all of an organism’s genes and can help unlock those answers by resolving relationship of variants, identifying variants that are evolving as they enter a new niche, and pinpointing potential functional changes that affect their ability to cause disease or survive in the food chain.

The team worked with Public Health England and the Animal and Plant Health Agency and to examine Salmonella isolates from human clinical infections during routine diagnostics or from animals during routine surveillance, with funding from the Biotechnology and Biological Sciences Research Council, part of UKRI.

Using whole genome sequencing the research team found that two types of S. Typhimurium, dubbed U288 and ST34 have been circulating in UK pigs since 2003. Surprisingly, U288 are rarely associated with human infection, while ST34 account for over half of all S. Typhimurium infections from all sources, not just pigs. What is more, the two types of Salmonella infected pigs differently, resulting in distinct levels of colonisation of the intestine and surrounding tissue, and disease severity in the first days of infection. The U288 variant grew more slowly in the lab and was more sensitive to stress associated with desiccation. These characteristics may affect its ability to survive in the food chain.

Inspection of changes in the genome sequence of U288 indicated that this variant emerged by a unique set of changes that occurred within a short period of time, probably between the years 1980 and 2000. The researchers believe that these changes hold the key to understanding how this variant interacts differently with pigs during infections, in the lab, and potentially the food chain.

"We have seen these types of changes before in variants of Salmonella that have become adapted to specific host species and cause a more invasive disease, including the type of Salmonella that specifically causes typhoid fever in people, but is never found in livestock or wild animals’ said Prof. Rob Kingsley, a group leader at the Quadram Institute and Professor of Microbiology at the University of East Anglia.

‘One of the interesting findings is just how rapidly pathogens can adapt, and how even a few genomic changes can lead to very different disease outcomes,” said Dr Matt Bawn a researcher involved in the study based at both the Earlham Institute and Quadram Institute.

Understanding how variants of Salmonella emerge and pinpointing the genetic signatures responsible provide opportunities to improve diagnostics and surveillance that will help predict the risk that Salmonella poses to animal health and the risk to food safety.