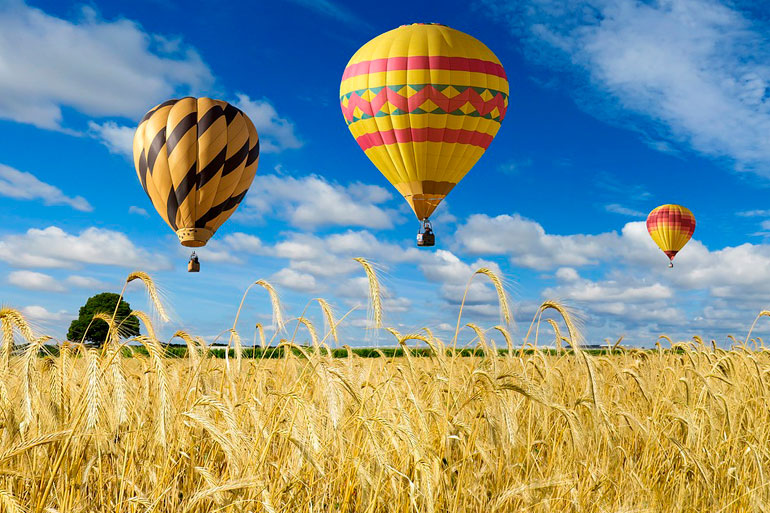 In the quest to separate the good traits from the bad, bioinformatics (computational biology) research at the Earlham Institute (EI), using a data driven strategy in wheat, finds the first ever gene associated with gene conversion in plants - marking an important step in global initiative Designing Future Wheat.

When it comes to breeding better wheat varieties, often, though we seek to introduce desirable genes that increase yield, for example; these can come along with less wanted genes than reduce some other vital plant function.

This is known as linkage drag, and it’s something that’s hard to break: especially in crops that show relatively low rates of recombination. The goal, in elite wheat varieties, is to stably stack desirable genes together.

One way of breaking up these linked regions is recombination, the process of genetic reshuffling that sees segments of paired chromosomes exchanged through crossover events. Another process that can have a similar effect in breaking linkage is ‘gene conversion’, which essentially sees one version of a gene (allele) being converted to another during double stranded DNA break repair.

Up until now, relatively little has been known about the genes that control genome-wide gene conversion or the high level of gene conversion in wheat. This latest study, published in Genome Biology, led by the Anthony Hall Group at EI, provides a positive step towards being able to overcome a lack of recombination as a limit to breeding efforts.

The data gleaned from the genotyping-based approach allowed the team to identify a gene, ReqQ, that was experimentally validated to be involved in gene conversion and crossover frequency - the first of its kind identified thus far in plants.

This gene, a helicase (essential during DNA replication in separating double-stranded helix to single, allowing each strand to be copied) as well as other genes identified through this process, might therefore be harnessed to break linkage-drag in future wheat breeding efforts.

The team looked at a number of wheat varieties that had been crossbred, comparing the genotype back against that of the parents. In this way, they were able to find many crossover events that signified gene recombination.

In addition, thanks to the advances in our understanding of the wheat genome driven by work at institutes such as EI, the team was also able to identify gene conversion events that had previously been ignored as errors. One significant finding was that gene conversion is more prevalent and far larger in size in wheat than in other analysed plant data.

Professor Anthony Hall, who led the project, said: “The work heralds a new frontier in wheat research. Over the last few years, huge strides have been made building data-rich resources in wheat. This research uses data driven biology to move from a novel phenotype, a genomic position, a gene and gene validation all in wheat, using only existing data - in just three months. The gene and phenotype will have huge implications for wheat breeders;  accelerating the breeding pipeline.“

For more information or if you would like to speak to our the EI lead of this paper, Dr Anthony Hall, please contact: