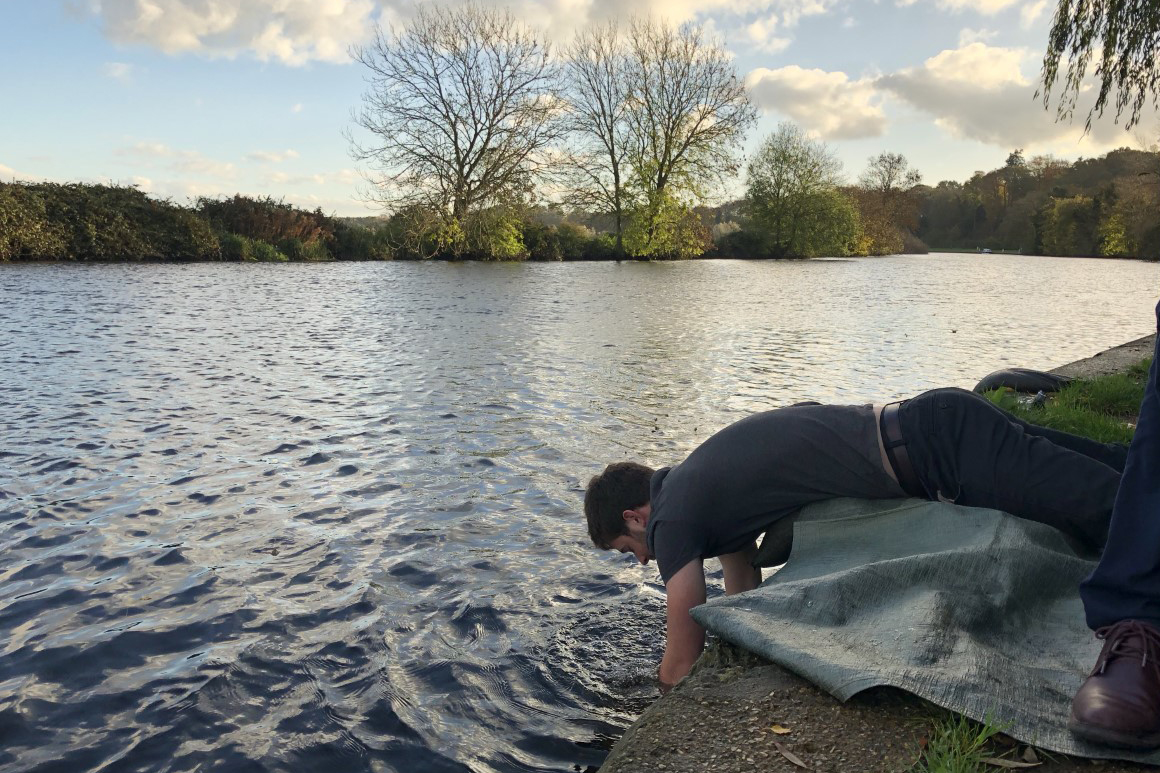 Rivers are the lifeblood of civilisation. It's easy to see why so many of the world's major cities were built around waterways and their fertile, alluvial plains, and Norwich is no different. Protecting the biodiversity of river ecosystems is critical, which is why the Leggett Group at EI has been dipping below the surface of the River Yare.

Rivers are hugely important ecosystems that support a wide range of life - from small mammals, such as otters and water voles, to the miniscule algae which form the basis of the food chain. This in turn allows fish, such as salmon, to thrive and provide, ultimately, for us.

Getting a picture of biodiversity in rivers was once a long and laborious task, requiring many days’ worth of observation and sampling. Now, with the latest DNA sequencing technologies, that’s no longer the case.

The Leggett Group at Earlham Institute has been part of a large international effort pushing the boundaries of current technology and knowledge in order to find out what makes up river biodiversity from the simplest of methods - a sample of water.

In that water sample are all the clues we need about what lives there. The DNA signatures of each and every organism present - either because they’re really tiny and fit in the tube or they’re a lot bigger and leave behind genetic traces in faeces, saliva, or decomposing leaves - can be read using the nifty, hand-held, portable and real-time nanotechnology of the Oxford Nanopore MinION.

Dr Richard Leggett, Group leader at EI and a member of the global MinION Analysis and Reference Consortium (MARC), which organised the project, said: “To be able to detect the DNA of pretty much any species in just a sample of river water shows the great power and potential of technology today.

“We can use this knowledge to explore environments worldwide and tackle a number of important challenges, from food security to biodiversity and soil health.”

So what did they find?

Norwich’s Yare was one of eleven rivers sampled across three continents; EI’s Leggett Group sampled one side of the City, and the Quadram Institute’s O’Grady Group the other. International rivers included the Rhine in Germany, the Chena in Alaska and the Karori Stream in New Zealand.

The first interesting result was that the physical environment of the sampling site seemed to exert a much larger effect on the general diversity found among river creatures than geographical location. Both sites in Norwich, for example, showed relatively similar biodiversity compared to, say, the differences exhibited by the more naturally-flowing, gravel-bottomed Vedder River and the artificially diverted, slow-running and muddy Vedder Canal in Canada.

In terms of number of different types of organism, the lowest yielding river was, perhaps unsurprisingly, the Vedder Canal - which yielded only 135 genera (groups of species of a similar type), while the highest found was 1,139 in Alaska. The Yare came somewhere in the middle, with around 400.

Another finding was that, as you might expect, bacteria made up the biggest proportion (94%) of the genera detected across all the rivers, although it should be noted that the Sydhavnen flowing into the sea at Copenhagen harboured samples containing more than 25% viruses.

Less than 4% of samples in every river were made up of eukaryotes: the animals, plants, fungi and protists (including algae). Of this 4%, protists in their various forms (amoeba, green algae) made up about a quarter of the samples, followed by fungi. Next came the animals - including mainly rodents, other water-dwelling mammals, amphibians, fish and birds - and plants made up the smallest percentage.

About 10% of eukaryotic DNA found also belonged to the group of organisms which sea anemone and corals belong to - the cnidarians.

Also lurking in the murky waters were several pathogenic species including Campylobacter, the bacteria responsible for most food poisoning cases in the UK.

The world’s rivers - from the Tigris to the Indus and the Yangtze to the Nile - have been critical in the development of human civilization. From drinking water and agriculture to transport and industry, they are the arteries that so many of us rely on to survive.

These findings are a reminder that the life in our rivers is largely nourished by invisible microbial communities, whose survival has a direct impact on the entire ecosystem. A loss of biodiversity would have a far-reaching impact.

In much the same way as we’re learning about the vital importance of microbiomes in the human body, the fate of our river ecosystems is connected in just the same way. What we put into that system will affect its health, and have knock on effects for our own.

Human activity, from intensive agriculture to urbanisation and the construction of dams, is clearly having an impact on biodiversity in our rivers. Given our reliance on rivers, this research provides further evidence of the need to monitor this impact so we can take action to keep our waterways healthy.