While COVID-19 continues to dominate headlines in the UK, the global fight against diseases such as malaria - exacerbated by the pandemic and devastating tropical regions - seems to have fallen out of public consciousness.

While COVID-19 continues to dominate headlines in the UK, the global fight against diseases such as malaria - exacerbated by the pandemic and devastating tropical regions - seems to have fallen out of public consciousness.

Ahead of World Malaria Day on April 25, Earlham Institute Director Professor Neil Hall reflects on his career working on the parasites that cause these diseases, and how genomics can help tackle them.

This article forms part of our Marrying Microbes: in sickness and in health series exploring the topic of health research.

“Malaria, like many other diseases, is a disease of the poor,” laments Professor Neil Hall, reflecting on the world’s most lethal vector-borne disease.

The disease is caused by the protist parasite Plasmodium falciparum and transmitted by female Anopheles mosquitoes. Not only does malaria kill many thousands of children under the age of five each year, it also prevents people being able to work during transmission season.

“It’s like a very bad long term flu if you're older,” explains Hall, who spent much of his early career decoding the genome of Plasmodium. “It keeps people in poverty.

“Being able to reduce transmission of malaria is not simply about preventing the terrible deaths of young children. It's also about helping and being able to keep people out of poverty - to help them out of the existence where they're continually held back because of disease.”

Mosquito nets and sprays are the most effective way of preventing transmission of malaria.

“We know even in Europe and the US the people that have suffered most during this pandemic have usually been those less well off,” says Hall. “It reflects inequalities, which are always amplified by disasters. In a famine, the rich still tend to eat.”

For countries where malaria is endemic, COVID-19 poses a dual disaster. Malaria, which killed 409,000 people worldwide in 2019, is set to surge to even more devastating levels this year as health systems trying to battle the coronavirus pandemic face shortfalls in prevention and treatment efforts.

In some regions, excess deaths from malaria will likely dwarf those due to COVID-19 in the coming years.

“You can reduce transmission of Malaria by taking a number of steps,” Hall explains. “It's about taking people with the disease into hospitals, where they're less likely to transmit the disease to somebody else. Making sure that those in rural regions have mosquito nets, mosquito control, and access to the right drugs.

“I've worked on a lot of tropical diseases,” Hall continues. “All of them can be characterised by a cycle of control, and then neglect. Quite often, you will see a reduction in malaria cases but then something will happen - a war or famine, for example. Control measures then fall by the wayside because of more immediate threats to people's wellbeing. COVID is another example of that.”

Professor Hall first began working on malaria through a stroke of serendipity. After joining the Sanger Institute, where he was brought in to work on the fungal pathogen Aspergillus fumigatus, the chance arose to work on the Plasmodium genome. As the only person working on a eukaryotic pathogen at the time, Hall was the perfect candidate.

“It was a flagship genome project at that time,” says Hall. “Then, it was the biggest threat to human health by an infectious disease in the world.”

Malaria is still the sixth biggest cause of death overall in low income countries. “It was a fascinating organism to work on,” Hall enthuses as he recounts his early work. “It's such a highly specialised pathogen. It can enter your bloodstream and in a matter of minutes find your liver cells. Different genes then allow it to infect your red blood cells, which is when you start to show symptoms. Other forms are designed to affect mosquito cells, where it has its sexual cycle.”

Those trying to fight back against malaria face a difficult task because the malaria parasite has developed a cloak and dagger approach to infecting its human host. Normally, the immune system fights invaders by detecting antigens on the surface of infected cells. Plasmodium, however, can shuffle through multiple versions of these surface antigens and evade the immune system for months at a time.

This is how the parasite manages to survive over the long dry months when mosquitoes are not around. It’s also one of the reasons malaria is so devilishly difficult to treat, and renders many attempts at making vaccines ineffective. Known as antigenic cycling, it’s something that Hall’s early genome work was able to get to the bottom of.

“One of the most exciting things we discovered was the structure of the chromosomes,” says Hall. “It turns out the genes that allow Plasmodium to do this antigenic cycling exist at the telomeres. They have a very specific orientation which allows recombination to change which of the genes is at the active telomere, and little cassette modules of different domains which can, through rare recombination events, generate new genes.”

Could toothpaste hold the key to unlocking malaria treatments?

Unlocking treatments - and, finally, a vaccine

After preventing transmission with nets and sprays - which are by far the most effective way of suppressing the disease - drugs are the next line of defence against malaria. However, Plasmodium is showing increasing antimicrobial resistance (AMR) to many front-line medicines.

One of the major products of Hall’s early work on the Plasmodium genome was a metabolic pathway map, iterations of which have been able to identify potential drug targets for the treatment of malaria - a boon for doctors.

In 2018, for example, it was revealed that triclosan - a common compound found in toothpaste, of all things - worked against a known target of existing malaria treatments, and could be an effective replacement for some of the drugs rendered useless due to AMR.

“The fact that the parasite had a metabolic pathway that was quite different to humans, but similar to something that's targeted by other drugs, is one important thing that emerged from the genome project,” reflects Hall. “Another is the antigens the University of Oxford have been trialling to make a vaccine against malaria.”

Made by the same team that made the Oxford/AstraZeneca COVID vaccine, this malaria vaccine is tipped to become the first to be fully licensed in over a century of research and development. The vaccine, said to be “available in very large amounts; it works pretty well. And… very low priced”, will be tested in 4,800 children this year after promising results from initial trials.

While Hall has moved on from Plasmodium, the microbial genomics group at the Earlham Institute studies a range of parasites - from the trypanosomes that cause Chagas disease and African sleeping sickness to the diarrhoea-causing Cryptosporidium and the hugely prevalent Trichomonas vaginalis, the second biggest cause of sexually transmitted disease after viruses.

“One of the fundamental difficulties with treating parasitic protists, which are eukaryotic cells, is that their metabolism is much more similar to ours than a bacterium,” Hall concludes. “With trypanosomes, like Leishmania for example, for a long time the treatment has been to blast them with heavy metals.

“It's almost like cancer chemotherapy. You just hope it kills the parasite before it makes you too sick.”

Genomics is helping to inform the next generation of medicines by filling in some of the knowledge gaps about these parasites and their ability to cause disease.

“For these organisms, the basic biology is still needed because the treatments aren't great,” explains Hall. “By understanding how they attack specific hosts, it helps you to understand what genes are interacting with the host species.

“They could be things like vaccine targets, or targets to prevent infection, or transmission. Understanding that biology is key to finding treatments.”

COVID-19 has undoubtedly distracted our attention from global killers such as malaria. The hope is that this pandemic has taught us lessons we can apply to beating these diseases, from the role of genomics and basic biology through to the speed with which we can develop new vaccines, when we put our minds to it. 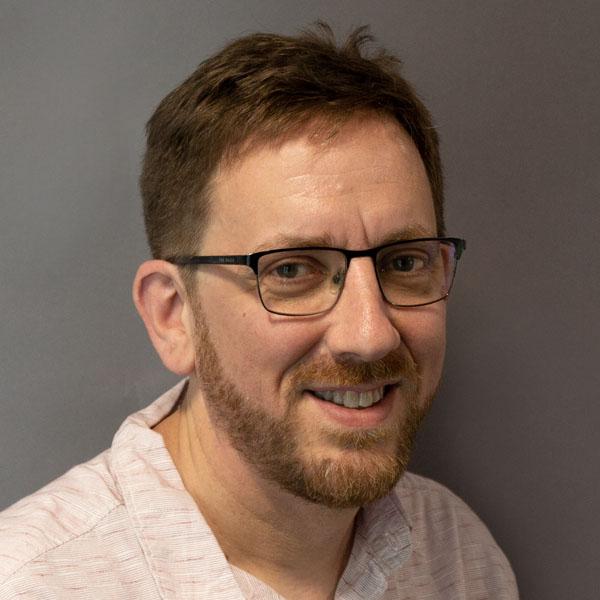 From the beneficial bacteria making up a healthy microbiome to the deadly parasites that afflict millions worldwide, microbes play an integral role in sickness and in health.
Image
05 April 2021
Science
FEATURE | 8 min READ

After viruses, it’s the second biggest cause of sexually transmitted disease in the world - but though you may have heard of gonorrhoea, syphilis and chlamydia, trichomonas is a pathogen that seems to sneak under the radar.
Image
18 October 2018
CSP Science
FEATURE | 3 min READ

Group Leader Neil Hall explains about the work of the Hall Group, which is focussed on researching genomes of microbes and microbial communities.