From the beneficial bacteria making up a healthy microbiome to the deadly parasites that afflict millions worldwide, microbes play an integral role in sickness and in health.

From the beneficial bacteria making up a healthy microbiome to the deadly parasites that afflict millions worldwide, microbes play an integral role in sickness and in health.

When Robert Hooke looked through his hand-crafted microscope and became the first person to see a microorganism, our relationship with the world around us changed forever. Every drop of pond or sea water, stool or soil sample, hand print or breath were suddenly revealed to be alive - teeming with minute organisms.

As germ theory advanced in the latter part of the last millennium, and our understanding of the gut microbiota has accelerated in recent years, it has become clear that these microbes - from bacteria and archaea to fungi and protists - have the power to make or break us.

We’re exploring the data-driven research underway at the Earlham Institute to marry together all that we know about microbes. Using genomics, bioinformatics, and single-cell sequencing platforms, we’re revealing their role in sickness and in health in greater detail than ever before.

With around 100 trillion microbes living in your gut, understanding gut health is a complex challenge, something EI scientists are aiming to achieve. 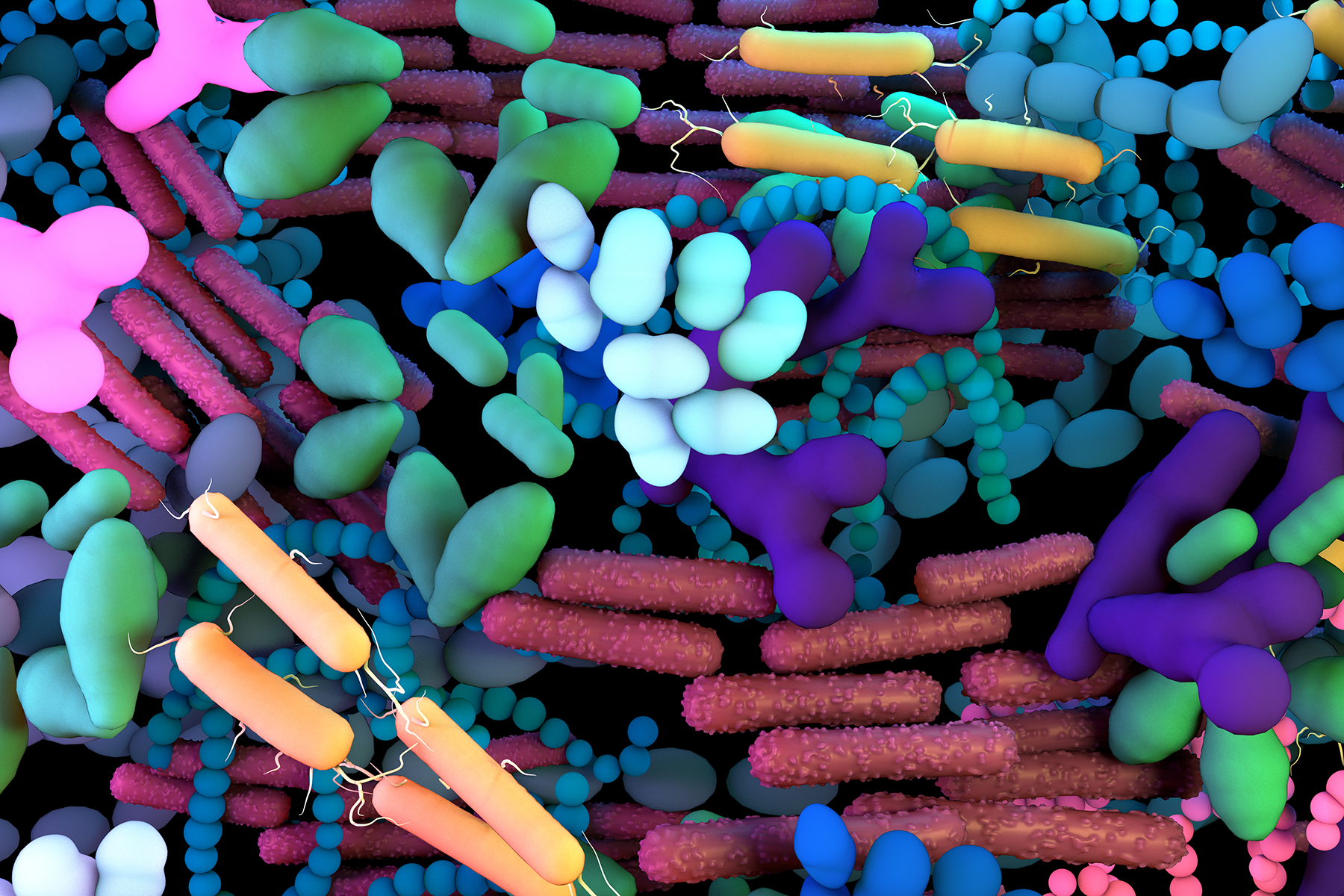 Til death do us part: unlocking the genetic secrets of pathogens

Microbes are among the greatest culprits for people getting sick, and the story of humans and germ-borne disease stretches back as far as written history and archaeological evidence can attest.

Keep an eye out on our website and social media for this icon throughout April, to read more about EI's work on pathogens and parasites.

The first historically recorded pandemic of plague began in 541AD, spreading from the Eastern Roman Empire to devastate Europe and the Mediterranean region over two centuries. Even earlier than that, the analysis of skeletons reveals our bronze age ancestors were suffering the pestilence over 5,000 years ago.

Today, plague is eminently treatable (for now, see “finding a cure”). But, for all the advances we’ve made in medicine, infectious diseases such as malaria, pneumonia, and diarrhoea are still among the leading causes of death in children under the age of five.

The food-borne pathogen Salmonella kills between 150,000 and one million people worldwide each year alone. Sepsis - where the immune system overreacts to an infection - poses a similarly stark threat, second only to cardiovascular disease on the list of leading global killers.

These are all very good reasons why scientists at the Earlham Institute and the Quadram Institute are studying bacterial diseases, such as Salmonella, as well as a number of diseases caused by protist parasites, including Trichomoniasis and African sleeping sickness.

In the Korcsmaros Group, machine learning methods and network biology bioinformatics tools are combined with advances in cell biology to show that Salmonella is a complex pathogen, which interacts with the human gut in unexpected ways. In the Neil Hall Group, genomics methods are being applied to map the global spread and evolution of new Salmonella strains.

Genome sequencing is also being applied to the study of protist parasites, revealing them to have genomes far more complex than was once supposed of their small size - in some cases dwarfing that of our own.

Their complex survival strategies and genomic plasticity pose a continuing challenge for researchers hoping to find ways to counter these diseases. But, armed with genetic data, we can begin to target therapeutic angles.

We have come a long way since the days of plague masks, when doctors once thought that bad smells were the source of the disease (not a bad theory, considering raw sewage definitely was the source of many cholera pandemics), but ongoing research at the Earlham Institute shows we still have much to learn.

What we help to discover could help save many lives.

To have and to hold: cultivating a healthy gut for a longer and healthier life

For all they may do to make us sick, microbes also play a significant role in keeping us healthy.

Keep an eye out on our website and social media for this icon throughout April, to read more about EI's work on healthy guts and the microbiome.

Living in and around us, microbe cells can outnumber our own by as much as three to one. In the average adult, that’s around 100 trillion single-celled organisms sharing the air we breathe, the spaces we inhabit, and the food we eat.

The human microbiome was discovered as far back as the 1680s by Antonie Van Leewenhoek, who noticed differences between bacteria found in stool samples compared with those in the saliva. By the end of the nineteenth century, it was clear that these bacteria were perfectly normal companions.

Yet it has only been in the last couple of decades - since the advent of genomics and bioinformatics - that we’ve really got to grips with just how integral our gut microbes are to our health.

Research groups at the Earlham Institute and the Quadram Institute - led by Dr Falk Hildebrand, Dr Tamas Korcsmaros and Dr Chris Quince - are at the frontier of discovering precisely how essential our microbe companions truly are.

“We each carry about 100g of bacteria in our guts,” says Dr Hildebrand. “That’s a lot of biomass - and without them, you probably wouldn’t have a chance of properly surviving.”

Using powerful metagenomics approaches, the Hildebrand Group is highlighting the role of all the bacteria in the gut - not just the famous few found in probiotic supplements. By exploring the huge diversity of different microbes inhabiting our guts, they are helping to identify their genetics, evolution, and role in health and disease.

In the Korcsmaros and Quince groups, scientists combine this sort of information with their powerful network biology tools, using machine learning and data-driven approaches to study how gut microbes interact with our own cells. In a world where millions suffer with chronic Inflammatory Bowel Disease, this research is helping to finally crack the often confused basis for debilitating diseases such as Crohn’s and Ulcerative Colitis, as well as what drives antibiotic resistance in the gut microbiome.

What they reveal is that it takes far more than a yoghurt to maintain a healthy balance of microbes in the gut. With personalised approaches to diet and medicine, based on an increasing wealth of data and data analysis tools, we can help to foster healthy guts worldwide for longer and healthier lives.

There are 10x the number of microbial cells in the human gut than in the whole human body. 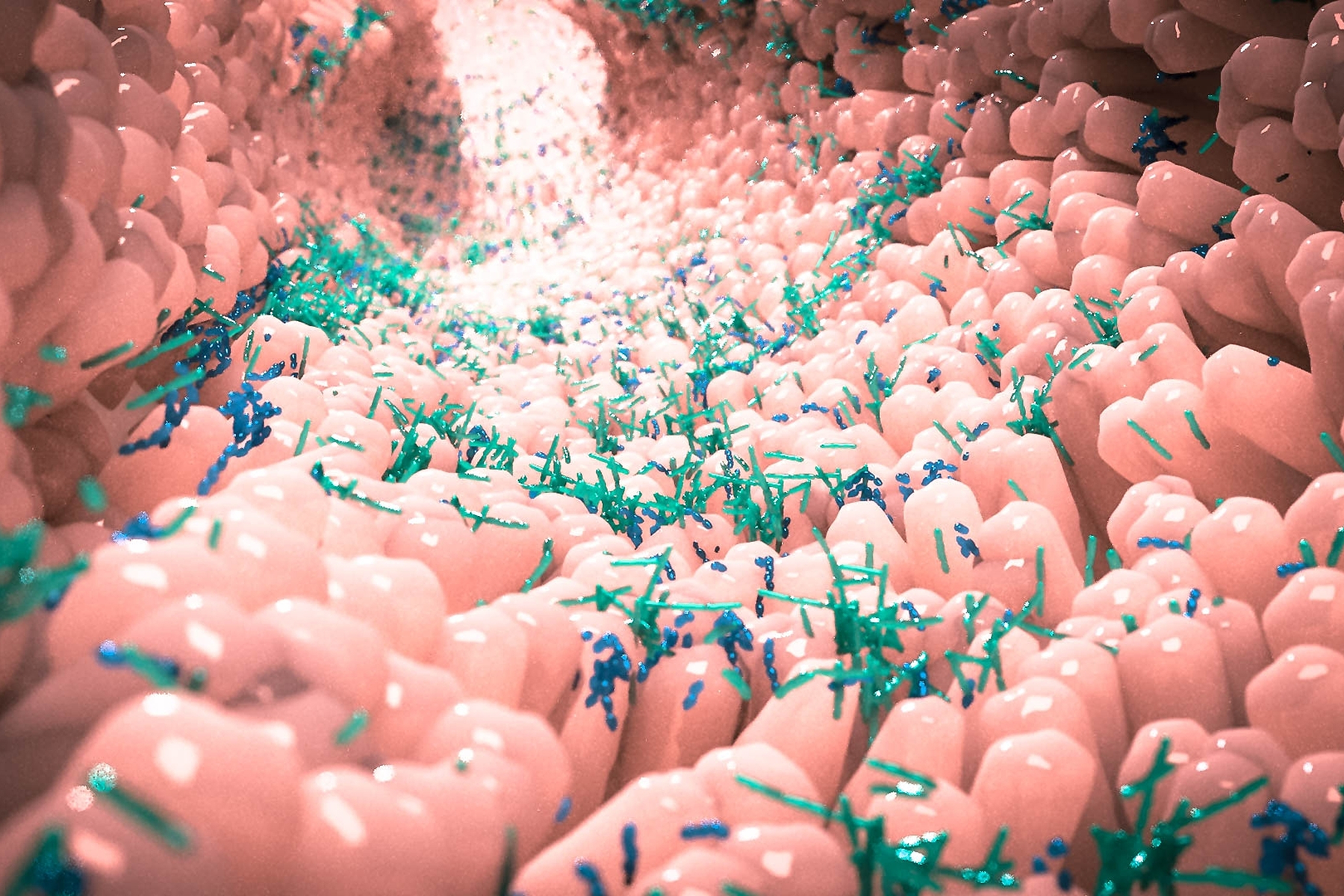 When medical historians look back on the early 21st century, they might well label this the age of complacency. Easy access to antibiotics has suppressed bacterial diseases to such an extent that many, including plague, now hardly perturb public perception. They haven’t, however, gone away.

Keep an eye out on our website and social media for this icon throughout April, to read more about EI's work on antibiotic resistance.

The success of antibiotics has led to their ubiquitous use. In many regions, these life-saving drugs are the default treatment, regardless of the true source of infection and sometimes without the need for a prescription. On farms, too, antibiotics have been used en masse - often as a growth promoter rather than to treat illness.

This widespread misuse of antibiotics has had far-reaching consequences. The pervasiveness of antibiotics in the environment means that plenty of populations of bacteria have developed a tolerance to them. Tolerance is now so common that over 70% of bacteria are resistant to at least one front-line antibiotic.

It’s estimated that, without urgent action, antibiotic resistance will lead to more deaths than cancer in the coming years. The World Health Organisation has recently declared it one of the ten gravest threats to public health facing humanity.

Researchers at the Earlham Institute and the Quadram Institute are tackling this scourge on a number of fronts. Using bioinformatics and single-cell approaches, they’ve been able to identify some of the genetic mechanisms that drive the development of antibiotic resistance in bacteria in response to antimicrobials - even demonstrating how bacterial populations develop mutations in real time.

At a population-wide level, Earlham Institute scientists have also teamed up with the University of Liverpool and others to map the evolution of antibiotic resistance across the globe, as part of a worldwide 10,000 salmonella genomes effort.

“Unless something drastic happens very soon,” says Dr Matt Bawn, one of the researchers leading these important efforts, “we're going to enter an era where antibiotics will no longer work for routine things, which means that people will die from normal infections, or things that at the moment we're not considering very serious.”

Fighting against that possibility, Earlham Institute researchers have pioneered technology to continuously sequence air samples, allowing the detection of any airborne pathogens in the area. One potential application is the use of these detectors in hospitals or emergency vehicles. As well as identifying any biological threats, the sequencing data can flag any genes that confer drug resistance - helping medics to choose the most effective treatments.

From this day forward 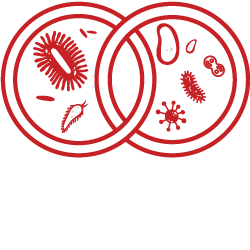 Marrying microbes is complex but it’s clear we are as reliant on microbes as they are on us. With such diverse communities, many of which contain thousands of organisms we haven’t even yet discovered, the technology needed to understand the complex relationships that sustain them is only just emerging.

At EI, we have the technology and expertise to pioneer research into microbes, allowing us to both improve health and reduce sickness - and perhaps foster a better relationship with our much misunderstood, often lifelong companions.

You can find out more about how Earlham Institute researchers are tackling harmful microbes by following our articles throughout this month and keeping an eye out for the icons used in this article.