The struggle of balancing a career with family life is a problem for women and men alike; how can a career in bioinformatics help?

The struggle of balancing a career with family life is a problem for women and men alike. Here’s the story of Dr Matt Bawn, of Earlham Institute and the Quadram Institute, Norwich, whose serendipitous route into bioinformatics, from New York to Norwich, all the way to Peru and back again, helped him to strike a happy medium.

One day in New York

It was 2011, and Matt Bawn was in the midst of his PhD at the University of East Anglia (UEA), while his then-girlfriend was completing her doctoral studies in New York. As if long distance relationships weren’t complicated enough, the couple discovered they were to be expecting a child that year.

PhDs are hard enough to complete with few other responsibilities in life, never mind the prospect of bringing up a child on both sides of the pond. Though Matt tried, he could not obtain a visa to be with his family in the USA. Thankfully, his partner’s Italian passport was enough to allow her citizenship in the United Kingdom, where their baby girl was born later that year.

After completing his viva voce in Norwich, the family then moved to New York, where Matt was able to get a half-time postdoc - just enough to qualify him for medical insurance but not enough for other important insurances, such as eye or dental care. Between them, Matt and his partner struggled to balance family life, each alternating care for three days a week - with one day of family time on a Sunday.

Already facing a juggling act, Matt’s partner had to go to her home country of Peru for fieldwork, where Matt then followed; and with this move came a serendipitous change of path.

An obscure route into bioinformatics

Matt was not always a computational biologist. Rather, his bachelor’s degree was in Physics, after which he strayed from a classical academic route.

Straight after university, Matt landed a temporary job in a factory, before becoming an installation engineer for a superconducting magnet company, which landed him a PhD at the University of East Anglia.

During his PhD, Matt discovered some of the facets of university life that he hadn’t fully appreciated or grasped while doing his undergraduate studies. Namely, discovering the wealth of nationalities and cultures within academia, and the international events, activities and societies that came along with it.

It was through these that he met his future wife, and the mother of their child.

Changing tracks: Matt then found himself looking for bioinformatics work in Peru 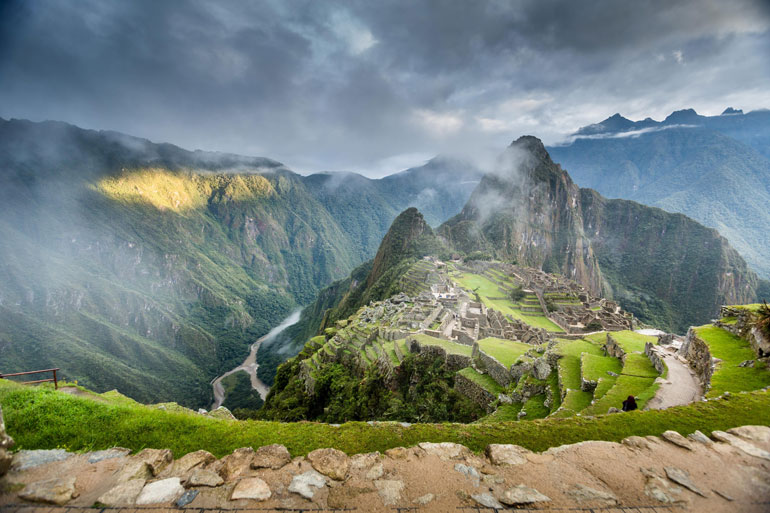 It was fine timing, years later, that Matt would then find himself looking for work in Peru. It turned out that there wasn’t much opportunity in Peru to explore his particular field, studying spectroscopy. However, it was suggested that he might want to consider pursuing a career in bioinformatics.

Through his experience in spectroscopy, which often involved using computational models in order to better understand data, bioinformatics presented a good progression. This is often the way in a science career, as can be witnessed by our series “obscure routes into science.”

After the difficulties associated with bringing up a child during a transformative period of life, this could not have been better timing for Matt and his wife.

As Matt himself explains, “I could not possibly have brought up a child in the same way if I had still been working as an engineer in superconducting magnets. I had to travel and be away from home for up to two months at a time. Family life simply would not have been feasible."

Matt continued, “This is the beauty of computers, and bioinformatics. You can run experiments without always having to be there watching - and you can work from home. The internet infrastructures at work weren’t as good as the facilities I had at home, so I could do work, from home, and spend time with my daughter and my wife."

This is the beauty of computers, and bioinformatics.

You can run experiments without always having to be there watching. 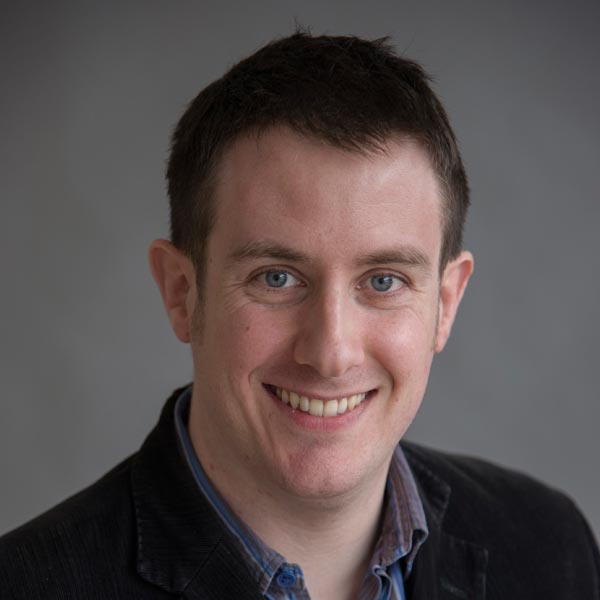 I have had essentially two flexible working patterns.

The first was where the institute agreed for me to go to part time (50%) whilst working from home the majority of the time so that I could look after my second son. He was about 3 months old at the time, and my wife (Yuxuan) had just been offered a role at EI but they wanted her to start in January rather than later in the year – so being able to work flexibly meant that Yuxuan could take the job, as otherwise it would have been re-advertised. During this time I did what I could during the working day when Yuxuan was full-time and ended up doing most of my hours in the evenings. Spending time with Alfie during this period was great and I think we built more of a special bond then I would have if at work full-time – I certainly changed a large volume of dirty nappies!

At the moment I have a formal agreement for flexible hours which means I leave at 4:40pm on Mon-Thur to pick up my eldest son from after-school club, and leave at 3pm on Friday to pick him up from school. I make up the hours usually in the evenings throughout the week. We would have an option to keep Henry at after-school club until 6pm but as he is young (age 5, reception year) we are very happy to be able to shorten the day for him, and it is nice to spend time with him on Friday afternoon to celebrate the end of the week!

It's more difficult to work flexibly in my job compared to a research position as we work in service delivery and there is an expectation of business hours. As I manage a team this is somewhat easier, but if it was a member of my team who are at the frontline of customer service it would be more difficult to offer flexibility. I tend to take care of any customer communication I have during the day and during the evening work on internal communication with the team or longer-term objectives/tasks. This works well as I tend not to have any distractions (I work from 9pm when the kids are in bed).

Family life and an academic career

We often focus on the issues facing women when it comes to discussing careers in science, which is incredibly important and is thankfully being tackled through a multitude of initiatives. Many women still experience, or fear, a glass ceiling or staggered career advancement when considering when, or if, to raise a family.

However, as Matt’s story shows, these issues extend to the whole family - and all of the people who want a greater presence in their children’s lives.

Matt further explains, “It’s a nightmare trying to get paternity leave in the USA, without having to give up your holidays, sick days and more for three years in advance.”

It’s not limited to science - as Matt’s experience from being an engineer who had to travel for months at a time shows - there are many industries which are not conducive to family life.

Yet, with computing and bioinformatics, Matt has shown that it’s possible to strike a happy balance, and have the sort of family life that he wanted for his wife and children.

Matt and his family now live in Norwich, where Matt works as a bioinformatician in the Neil Hall Group, EI, joint with the Quadram Institute (QI). Their first daughter started school in 2016 and he and his wife have recently celebrated the arrival of their second child.

Day in the life of … a synbio scientist discovering bio-pheromones 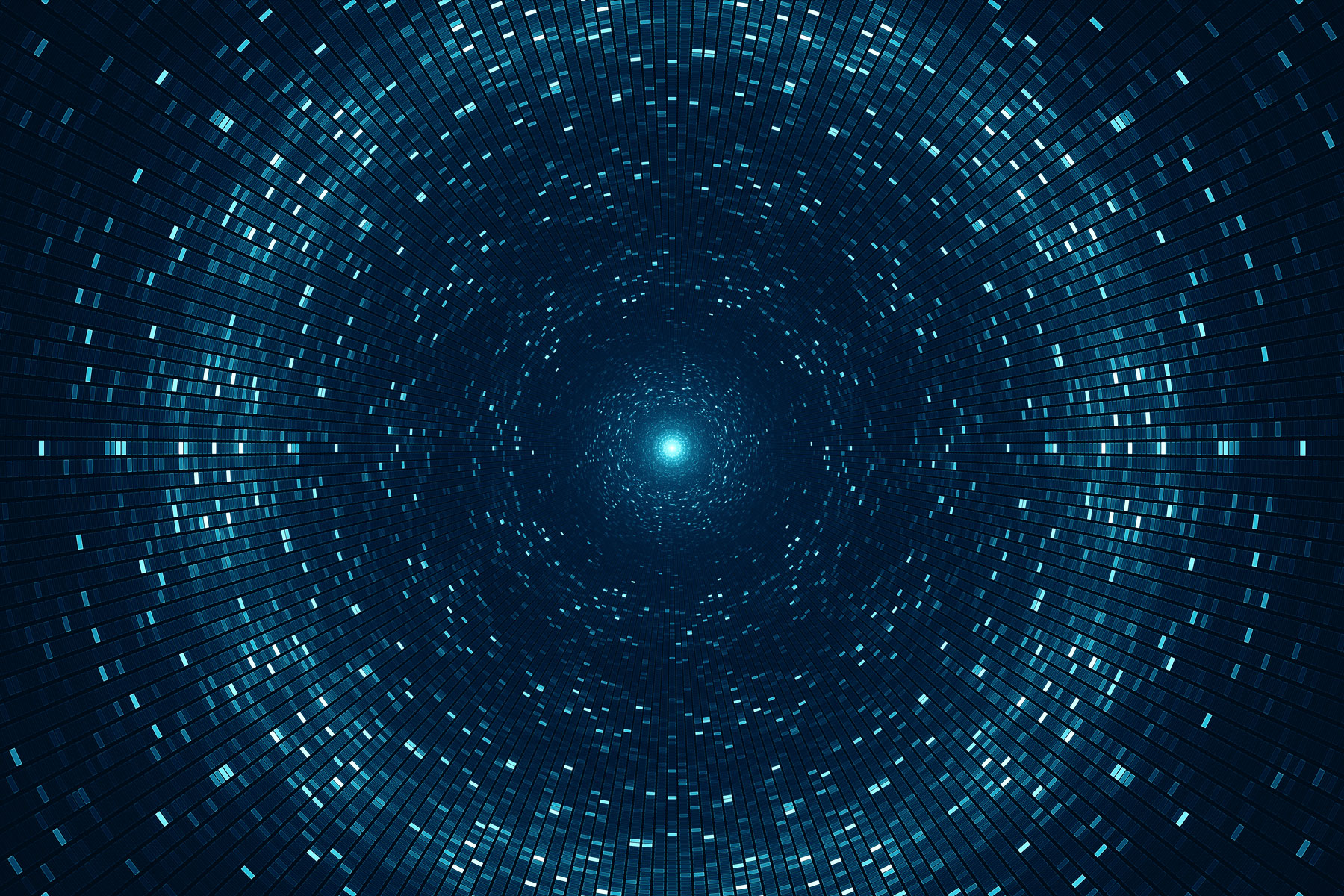 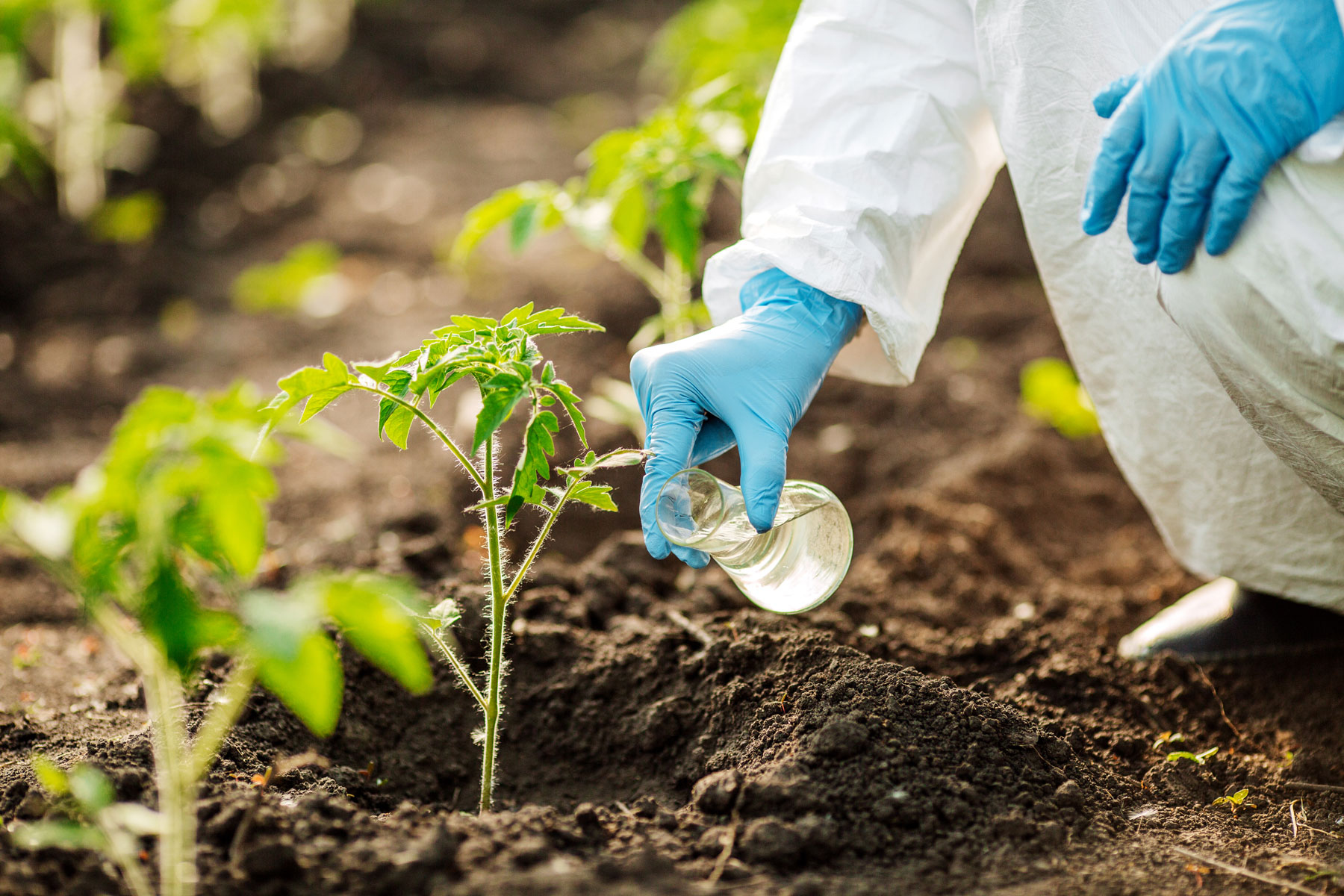 Agri-tech innovation in China with NAU and the Newton Network + 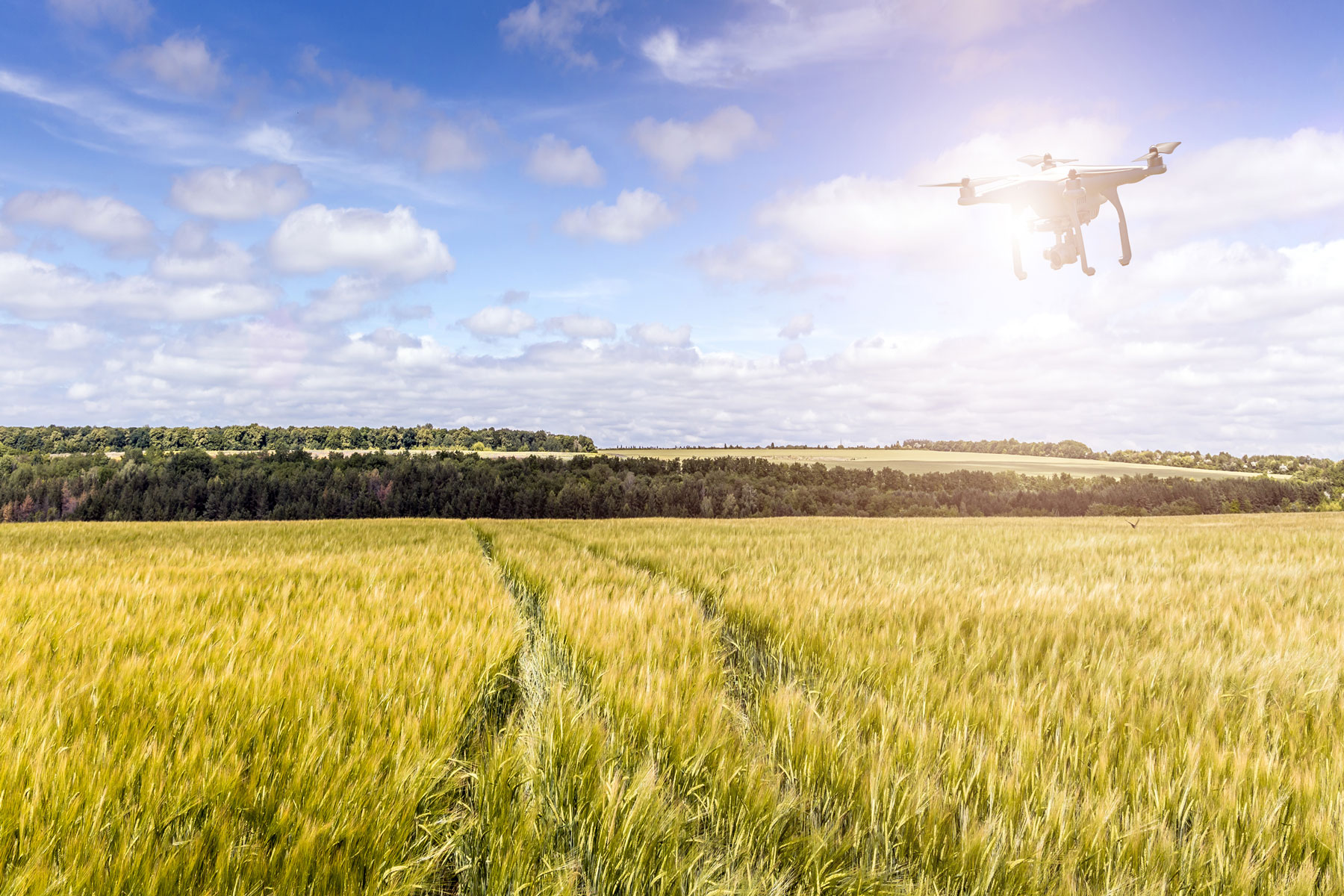 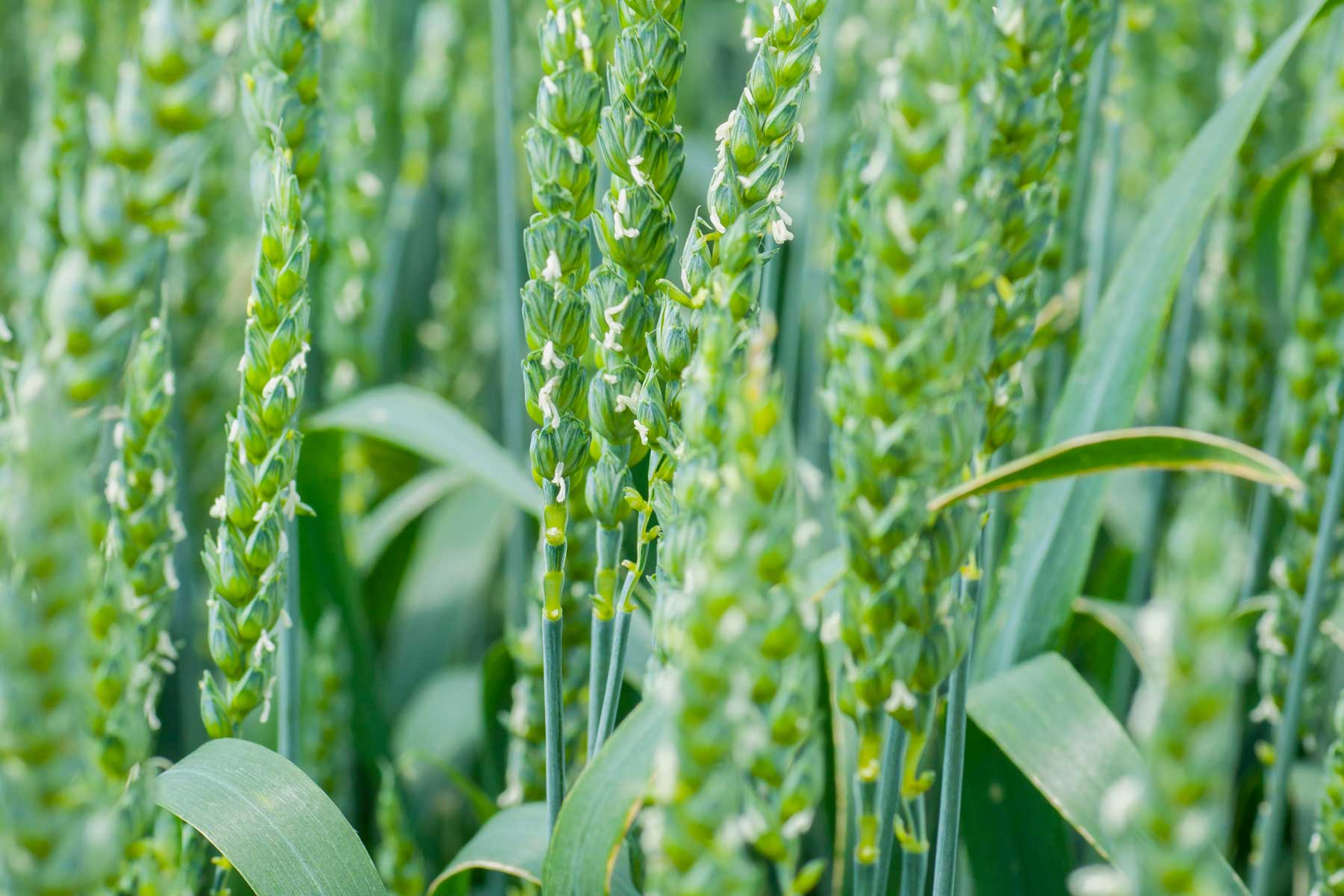