Not everyone has a 'classic' route into a scientific career, proving that it’s never too late to change your career path.

It’s time for round two - and this week we feature Jim Lipscombe of our Platforms & Pipelines Group, who most certainly did not have a typical route into a science career.

Read on to discover Jim’s range of former jobs (from pubs to roofs and vineyards), his love for next generation sequencing, naked mole rats, making lego robots to better communicate science, and more!

You haven’t always worked in science - what were you doing twenty years ago?

I worked in a village pub, where I was barman, cook, cleaner, cellar manager, occasional bouncer and unqualified relationship counsellor to drunks.

You have had quite a diverse range of jobs, can you describe your journey before getting into science?

I think it’s fair to say that I didn’t meet my potential at school and so started my working life at 16 when I was hired by a dry cleaning firm to take orders at the counter but later ended up doing the dry cleaning itself and pressing clothes. This was demanding work in a hot, humid, noisy environment and eventually I grew tired of it.

I spent several months trying to find a steady job after relocating to Norfolk and tried all kinds of things including roofing and a day-long stint at a vineyard where all I really achieved was a repetitive strain injury. I have also worked as a cook in a busy student pub and as a junior manager in a certain well-known fast-food franchise from which I learnt a great deal about people.

What attracted you to the life sciences sector and how did you end up working at EI?

Though I never studied biology after leaving school, I always had a personal interest in and enjoyed reading about science, and in particular was fascinated by evolution.

During a period of unemployment, I was alerted to an opportunity for a maternity cover position operating a Sanger sequencing service. The role involved a lot of customer service, which I was used to, but also a technical aspect that I picked up quickly and thoroughly enjoyed.

I applied for a permanent position and was later transferred over to the Earlham Institute (in its former guise as TGAC) being one of its founding staff members. In truth, to work in science had never really occurred to me up to that point, so for me, it was a great stroke of fortune - and now I can hardly imagine working in any other field.

A typical week might consist of performing and scrutinising library QC.

How did you find the switch to a laboratory-based job?

I found the company of scientists stimulating (rather than daunting as I had anticipated) and found the transition reasonably smooth once I had mastered the sequencing instrument and the data interpretation.

Many things about my role were surprisingly familiar to someone who was used to working in catering (recipes, customers, rubber gloves … ) so it wasn’t completely alien to me. I also had then, and have always had since, terrific training and support from my colleagues.

What is a day in the lab like for you?

Lab work for me can be quite a mixed bag of things and is often broken up by spells at my desk. A typical week might consist of performing and scrutinising library QC, preparing reagents, preparing libraries, loading instruments, washing instruments, assessing sequencing data quality and quantity, liaising with the project management team and troubleshooting.

At other times I might be running or programming the liquid handling robots for processes such as DNA extraction or high-throughput library construction. Otherwise, I might be giving or receiving some training, hosting a student or giving a lab tour to members of the public.

What is your favourite robot?

In terms of fiction, I always loved Ted Hughes’s Iron Man and have enjoyed revisiting that tale with my children. But my favourite real robot is a Biomek FXp featuring a beautifully engineered 384 mandrel head that has been heavily used for high throughput BAC sequencing.

What genome have you found the most fascinating to work on?

Bread wheat appears to be the thing most likely to keep a bioinformatician busy (and to make them cry), but for me I think the most extraordinary organism I have sequenced would be the Naked Mole Rat (Heterocephalus glaber) which is in some ways insect-like rather than mammalian in its lifestyle and has a remarkable resistance to cancer that makes its genome of particular interest to researchers in that field.

That an obscure subterranean rodent, adapted to one of the harshest environments on Earth, could possibly offer humanity such hope is for me a truly beautiful prospect.

You make some amazing Lego creations, after the centrifuge - what’s next?

The centrifuge was great fun, a hit with the kids and introduced me to the 3D printer at EI which I used to make custom tube carriers. However, it was essentially just something that went round very fast (approximately 700 rpm) and so this didn’t represent a huge challenge. I am intending to make a functional liquid-handling 'robot' which will be operated by several children (or adults) following a program that will allow them to perform assays such as a serial dilution. Doing this with children, I hope to combine a little maths, programming, and molecular biology into a fun and visual activity.

If you could have your ‘ideal job’ in science, what would it be?

I think I may already have it!

What advice would you give to someone thinking of making a switch to life in the lab?

Do it. Science is, now more than ever, an international pursuit - and working with people from all around the globe is a hugely life-enriching experience that can open many doors. There is everything to gain by having a go and even if it turns out not to be for you, you cannot fail to learn from it and the talented, skilled and dedicated people that do it.

Want to get into science?

Here's a few of our favourite resources which should point the way to a career in science. 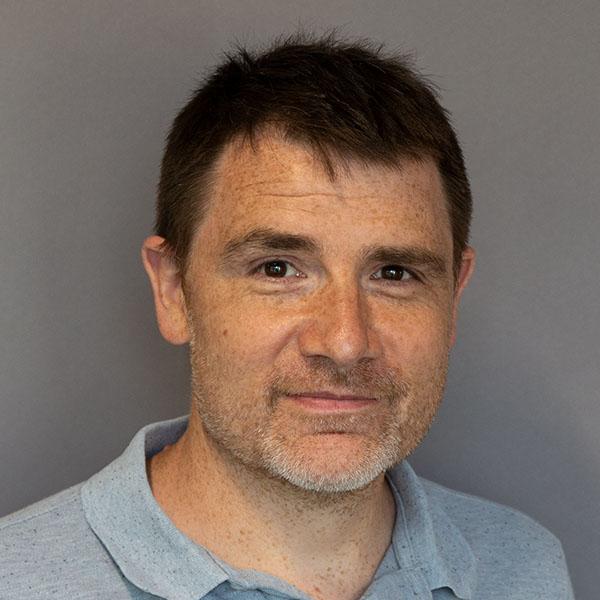 How did genome sequencing change so rapidly?

Not everyone has a 'classic' route into a scientific career, proving that it’s never too late to change your career path.
Image
17 February 2016
Science
FEATURE | 3 min READ

Unseen in areas for more than a hundred years, the European Polecat (Mustela putorius) has recolonised over extensive parts of the UK. Recently hitting the news headlines, the native British species of the mustelid family is back.
Image
21 March 2016
Science
FEATURE | 3 min READ

The first full, high-quality reference genome for a genetically improved tilapia strain has been published, offering the potential to improve food security for billions of the world’s poorest people.
Image

A computer model could help to reveal how some infectious diseases - including COVID-19 - trigger an overactive immune response in certain patients, which can drive inflammation and lead to serious complications or even death.