How population genetics is helping to prevent a species of Madagascan day gecko from going extinct.

Biodiversity loss due to human industry and exploration is ushering in the world’s sixth mass extinction event, with countless species being lost every single day due to mining, logging, farming and other activities that see swathes of rainforest and other ecosystems plundered.

Yet, within the species we are losing in search of mineral or structural wealth, there is a bounty of undiscovered information that has value still unknown to our economy and our survival, be it a better understanding of evolution or direct contributions to medicine and technological advancement.

Michael Pointer, a conservation biologist studying for an MSc at the University of East Anglia, fills us in on his important project in Madagascar, where he is working with the NGO SEED Madagascar in order to help bring the critically endangered day gecko Phelsuma antanosy back from the brink. 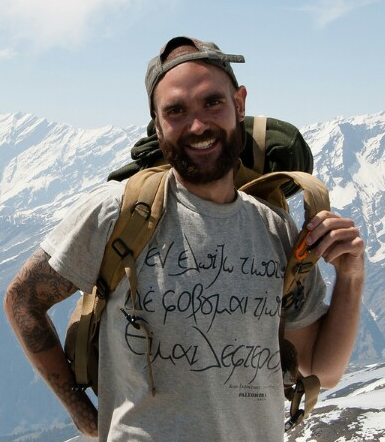 I am a conservation biologist interested in the adaptive processes underlying evolutionary change, the use of genomic techniques to characterise historical and contemporary population dynamics and a landscape-genetic approach to identifying priorities for species conservation action.

I also believe in the power of public engagement and science communication to draw attention to, and mobilise support for, important issues arising from contemporary research.

I'm currently in Madagascar working on the Phelsuma antanosy project with SEED Madagascar, which will form my MSc dissertation.

On the edge of existence

The South-easternmost corner of Madagascar supports some of its last remaining littoral rainforest, 90% of which has already been lost due to human activity. This area is consequently a hotspot for herpetological (reptile and amphibian) species richness, even within one of the world's most biodiverse countries.

Madagascar is also one of the world's least developed nations, with more than 70% of its people living below the poverty line and a population projected to triple by 2050. This serves to put its largely unique flora and fauna under extreme pressure, both from local people whose livelihoods depend on the forests and from government-backed heavy industry.

Nowhere can this effect be seen more starkly than in Sainte Luce, a string of three small coastal villages of the Anosy region, located amid the area's last fragments of high quality littoral forest, two of which will be utterly destroyed in the near future by a new ilmenite mine due to be established. Being four hours by road from the nearest town and a two hour walk from the nearest market, the people of Ste Luce rely heavily on forest products to supplement falling incomes from a subsistence fishing economy. 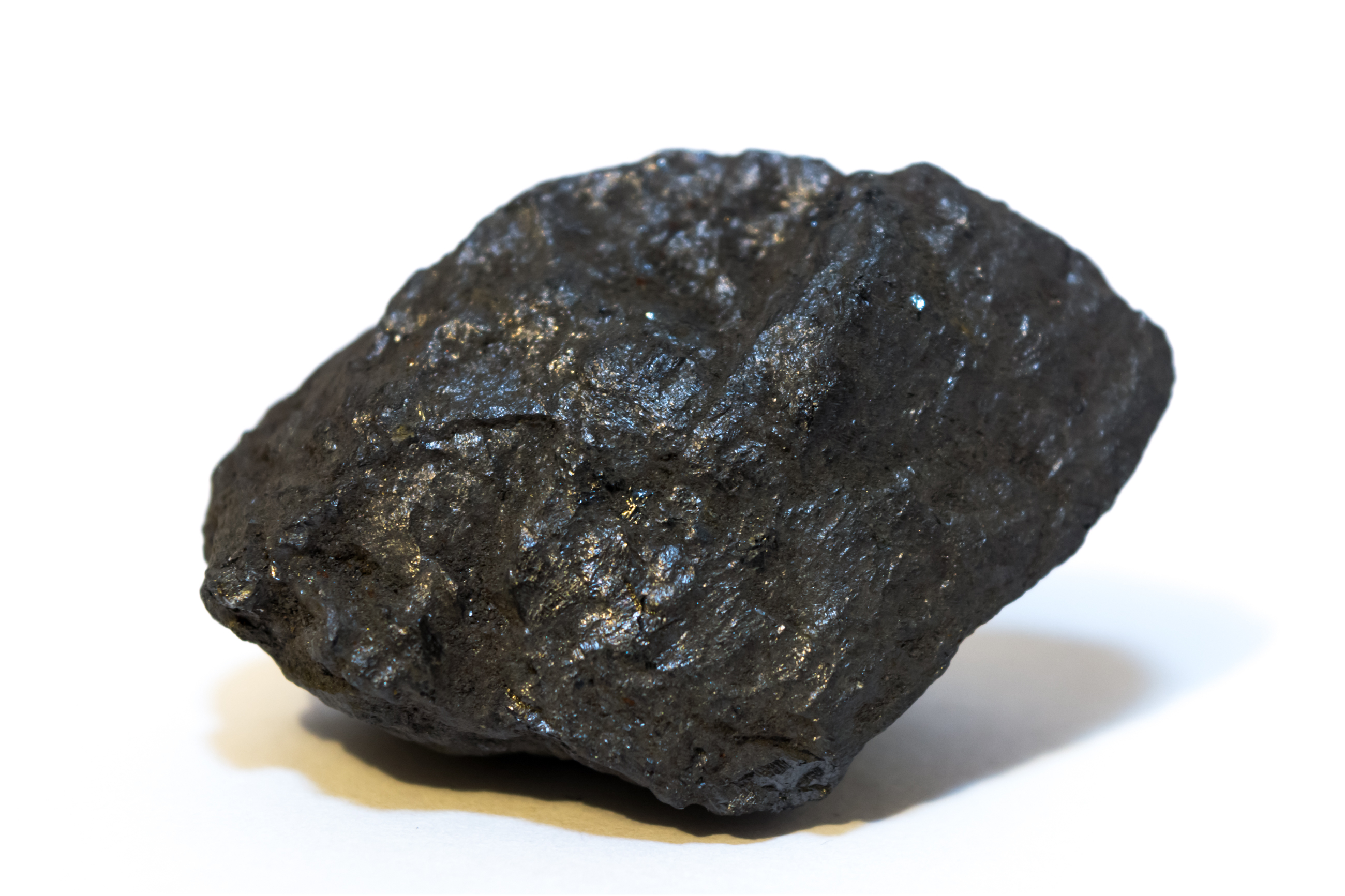 The black sandy soil of Sainte Luce and its surrounding area is rich in ilmenite – an ore of titanium. Ilmenite is the world's primary source of titanium dioxide, a white pigment widely used in the manufacture of paints, plastics, paper, sun cream and toothpaste.

The process used to extract ilmenite is extremely destructive and will not only obliterate the existing ecosystem but also the seed bank, and with it the forest’s prospects of recovery.

The loss of this littoral forest is set to negatively impact hundreds species, many of them endangered, and none moreso than Phelsuma antanosy, a locally endemic day gecko with a total range estimated at less than 10km2, listed as ‘critically endangered’ by the IUCN and No.93 on the EDGE list of the world’s most threatened reptiles.

Phelsuma antanosy is dependent upon a single species of screwpine, Pandanus longistylus, which occurs in small patches due to its seed dispersal mechanism, meaning the gecko likely has very limited ability to escape extreme habitat disturbance and move to pastures new.

This project might spell respite for this particular species, but many more are in peril all over the world.

There is hope on the horizon, however.

However, to do these things effectively requires a good knowledge of the species' ecology, its population structure and patterns of habitat use, and the absence of this knowledge is currently impeding conservation efforts.

Researchers from the University of East Anglia, in collaboration with SEED Madagascar and funded by the Mohammed Bin Zayed Species Conservation Fund, are running a project aimed at plugging this knowledge gap and providing an empirical basis on which an effective conservation program can be built.

By catching multiple individuals from all four fragments to take morphological measurements and DNA samples, which will be sent for next-generation sequencing, the team will be able to infer how the population is structured and detect any divergence between subpopulations within different fragments of forest. This in turn will allow them to make recommendations about the best places for translocation of individuals away from the mining zone, as well as where individuals might be taken to establish a captive population with maximal chances of long-term viability.

This project will utilise restriction site associated DNA (RAD) sequencing to identify single nucleotide polymorphisms (SNPs), sites where the genetic code differs between individuals by a single base.

RADseq allows for the identification of thousands of markers across the genome by subsampling at specific sites defined by restriction enzymes. The technique also does not require an established reference genome, which is unavailable for Phelsuma antanosy.

At the same time, the team will collect data on a variety of habitat metrics in and around individual patches of screwpine, the gecko’s home, and record whether they are inhabited by Phelsuma antanosy. This will allow identification of microhabitat features and conditions favoured by the gecko and provide a focus to the habitat improvement programme proposed in the Action Plan.

Michael in his element. 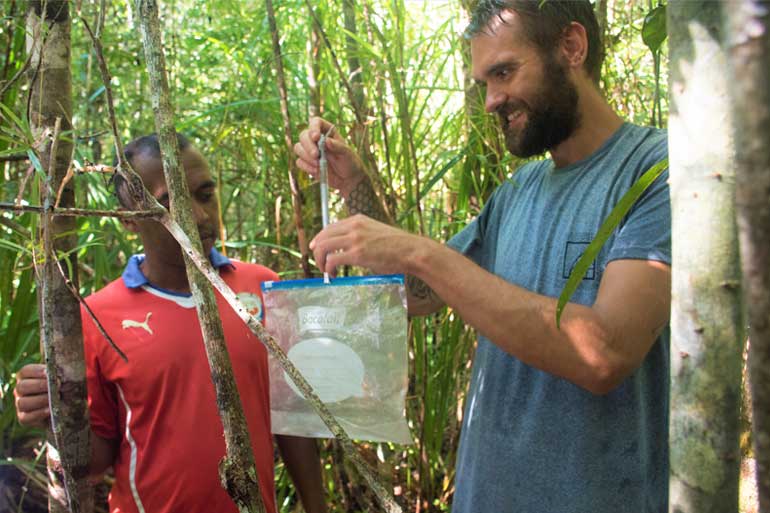 This project might spell respite for this particular species, but many more are in peril all over the world. With the continued development of genomic techniques, similar partnerships between researchers and conservation organisations will be better armed to protect endangered wildlife from the threats posed by habitat destruction and global climate change. 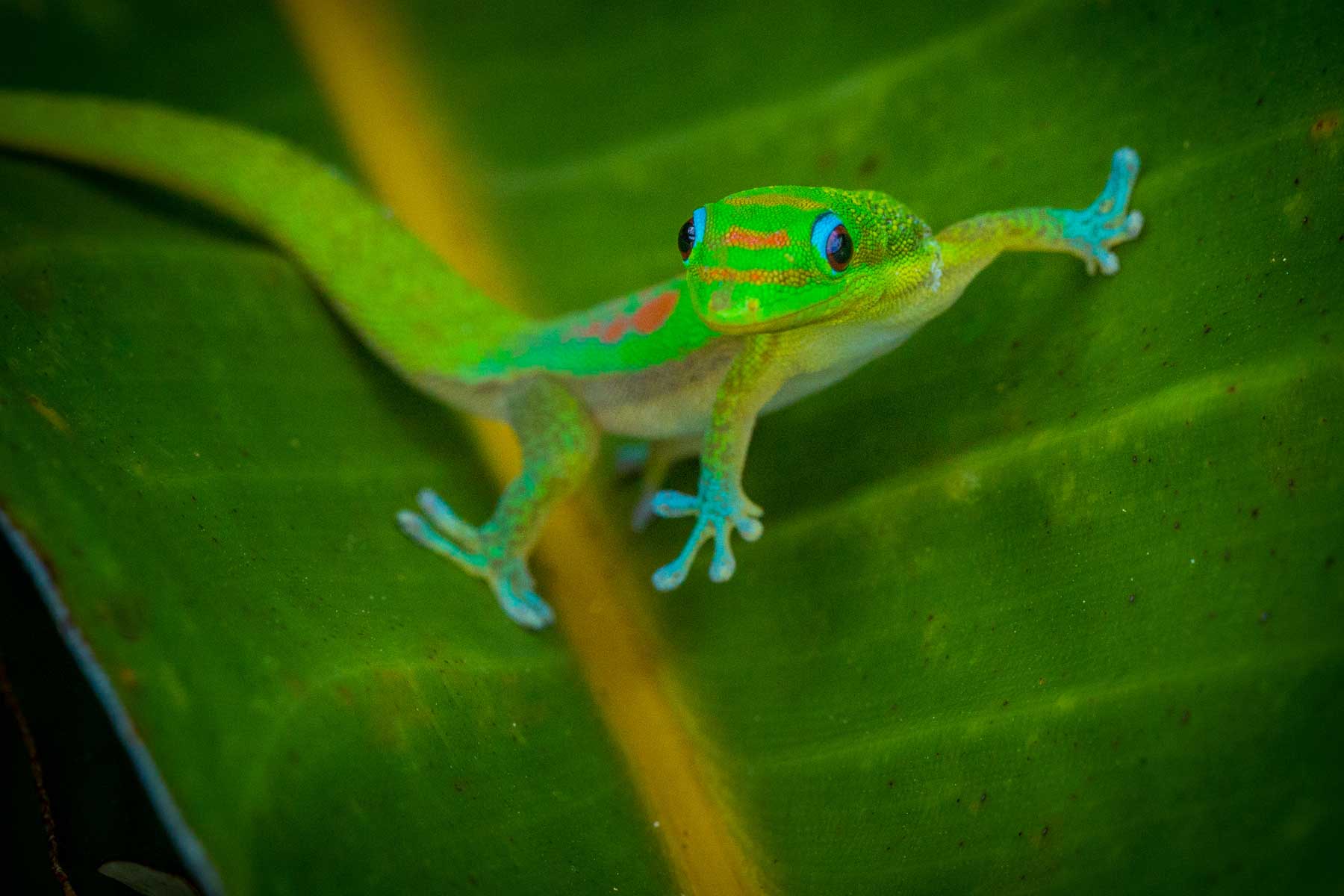 At Earlham Institute, we have a number of researchers studying conservation genomics in order to help efforts to keep valuable species from going extinct. Projects include work on Koalas in Australia and the Mauritian Pink Pigeon, as well as North America’s Black Footed Ferret.

Aside from saving species from the brink, it’s important to establish healthy populations, which is difficult when captive breeding programmes aiming to expand populations are based on a small surviving population. When this happens, the captive population has a low genetic diversity, which is a problem when it comes to a species withstanding disease or other threats.

Thus, using genomics, we hope that in the long run we will be able to introduce more diversity within these species in order to give them the best chance to thrive once more.