Conservation genomics gives endangered species a helping hand in recovering their numbers back to a sustainable size. Dr Graham Etherington, Senior Computational Biologist in the Vertebrate & Health Genomics Group explains how we use the latest technologies to bring endangered species back from the brink.

A flock of Red-billed Quelea, the worlds most numerous species of bird. Credit: Shutterstock/ EcoPrint

Large populations are generally diverse in their genetic makeup. This means that if you randomly selected a gene from a number of different individuals of the same species, you would find very subtle differences in their DNA sequence.

This variation is what we term ‘genetic diversity’ and every difference between individuals is known as an ‘allele’.

If a population has a high level of genetic diversity, certain individuals are more likely to be able to respond to changes in the environment. This particular variation (which might be neutral to start off with, i.e. it has no advantage or disadvantage), might become advantageous, providing those individuals with particular alleles to adapt to different environments than those without them and hence, promoting increased survival, and inevitably, breeding.

This variation is then passed down to their offspring, furthering the success of the species.

Small populations, however, can suffer from reduced genetic diversity through inbreeding. For example, a comparison of various positions along the genome of 25 Red-billed Queleas (Quelea quelea), the world’s most numerous bird, might find three to four different alleles, whereas the same positions in the genomes of all 25 remaining Madagascar Pochards (Aythya innotata), the world’s rarest bird, would likely only find one or two alleles. This pattern of ‘low allelic diversity’ can be quantified along the genome by sequencing of multiple individuals from the population.

Not all genes are equal.

One of the first problems that small populations of endangered species face is that of disease.

For example, the Black-footed Ferret (Mustela nigripes), whose population size recently plummeted to as low as only seven individuals, is susceptible to diseases not known to affect other ferret or polecat species. This may well be due to inbreeding depression and genetic drift with a subsequent loss of advantageous alleles in genes responsible for fighting disease.

In conservation genomics, studying genes involved in immune response are one of the highest priorities, as these genes are usually some of the first to affect a small population suffering from a loss of genetic diversity.

So what can we do with the information obtained from a Conservation Genomics approach? ‘Genetic Rescue’ is an approach aimed at carefully reintroducing genetic diversity into endangered species. A classic example is that of the Florida Panther (Puma concolor).

The Florida Panther had been reduced to a population size of no more than 25 individuals, with significant signs of inbreeding and resulting loss of genetic diversity.

The introduction of eight panthers from Texas to the natural Florida panther habitat allowed for an increase of genetic diversity in the population, permitting the species to overcome the effects of inbreeding and tripling the population size.

Conservation genomics can also be used to identify the best population to use for genetic rescue. By sequencing and analysing the genomes of a potential ‘genetic donor’ population, we can identify regions of the genome that are linked to adaptation.

We can then choose which individuals to introduce by comparing the donor genomes to that of the target populations. To identify the best donor individuals, we can pick the genomes with the highest diversity, or by pinpointing the positions in the target genomes responsible for inbreeding depression and then introduce individuals that have a range of different alleles at those positions.

Other efforts could look towards utilising recent advances and breakthroughs in genome editing techniques, such as the first monkeys born with customised mutations.

These technologies could conceivably be used in conservation genomics through a carefully guided approach involving:

It is still relatively expensive to sequence genomes, especially if you want really high-quality data, and researchers cannot always afford to do this. In this respect, the field of conservation genomics looks for alternatives to direct genome sequencing by creating cost-effective tools and resources for other researchers to use.

The Tasmanian Devil (Sarcophilus harrisii) is also at threat from disease. Shutterstock/Gapvoy

Technology moves fast and today’s dream is often tomorrow’s reality. New technology brings new ideas and the moral dilemmas that often go along with them. Of course, however advanced technology becomes, we still must remember that habitat conservation and management should always remain one of our most important priorities. 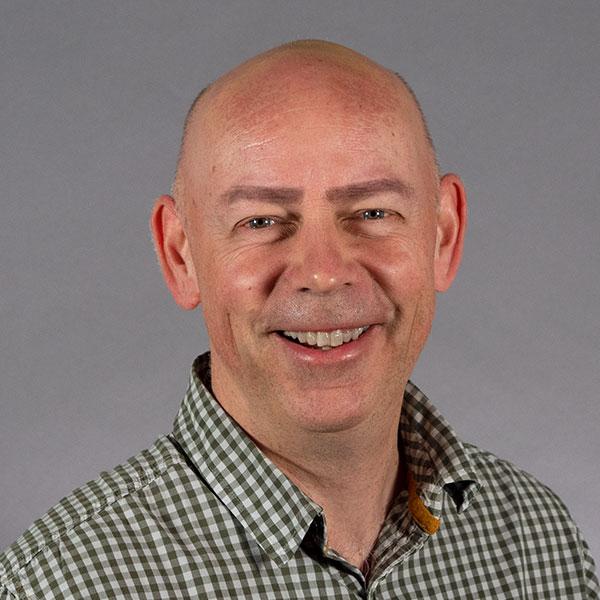 Earlham Institute scientists have been ferreting around for signs of hybridisation between native polecats and their domesticated ancestors. The findings hint at some controversial ways we might protect and support wild polecats - and many other species at risk of extinction.
Image
10 September 2019
Learning
FEATURE | 3 min READ

It’s not a lack of marmalade sandwiches that threatens the spectacled bear, but fragmented habitats that have seen populations of South America’s only bear species decline. How will science at Earlham Institute help us to protect this elusive species?
Image
18 January 2019
Science
FEATURE | 5 min READ

Earlier in the year, David Field from the Zoological Society of East Anglia came to speak at EI and posed the question: “Zoos are powerful conservation organisations – fact or fiction?”
Image
10 September 2018
Science
FEATURE | 5 min READ

We speak to our conservation genomics expert Dr Graham Etherington on how the Hen Harrier is actually two species rather than one - correct classification will help save these endangered birds of prey.
Image
17 February 2016
Science
FEATURE | 3 min READ

Unseen in areas for more than a hundred years, the European Polecat (Mustela putorius) has recolonised over extensive parts of the UK. Recently hitting the news headlines, the native British species of the mustelid family is back.
Image
16 December 2015
Science
FEATURE | 8 min READ

Science and conservation come together to save this remarkable bird from extinction.