There’s something in the air. Literally.

It appears to be empty space but every breath we take is an invisible cocktail of particles and organisms suspended in air currents.

From detecting biological weapons to providing snapshots of biodiversity, new technology developed at the Earlham Institute is opening our eyes to the opportunities born from discovering exactly what’s hovering around us.

A sensor that constantly sniffs the air, searching for the faintest whiff of something dangerous, sounds like science fiction or the world’s most advanced fire alarm.

But, not only will the device soon be a reality, the feats of engineering and ingenuity bringing it into existence mean its potential is enormous.

Air-seq technology provides near-real-time detection and analysis of airborne pathogens. The remarkable technology was developed by Dr Richard Leggett and his group at the Earlham Institute, along with collaborators at the Natural History Museum, London.

The system takes gulps of air, condenses the samples into liquid, and purifies any biological material. This is then sequenced and analysed by an on-board computer.

Their revolutionary set-up will eventually remove the tedious and time-consuming step of sending samples off for laboratory analysis. The idea is that everything can be done on location and linked up to a mobile network, which acts as a warning system if any organisms of concern are detected.

The team has had to overcome a number of significant challenges. “Carrying out rapid, regular, automated sampling for potential biological threats is a major challenge,” explains Dr Leggett, Technology Algorithms Group Leader at the Institute.

“There are extremely small amounts of material in the air to sample but we’ve developed swift and sensitive techniques for extracting and purifying the DNA and RNA from airborne biological material, such as bacteria, viruses, and allergens.

“We’ve also developed extremely accurate analysis software, able to identify potential threats without misidentifying harmless organisms. Any potential pathogen may only represent a small proportion of a sample, so it’s really like looking for a needle in a haystack.”

Blowing in the wind

The team originally developed the technology to help farmers spot the emergence of plant diseases carried on the wind.

Crop pathogens are devastating, slashing expected global yields by around a third. To protect their plants and livelihoods, many farmers are forced to spray their crops preventatively with agrochemicals, such as fungicides.

Fungicides are expensive, potentially harmful to the wider ecosystem, and only have a short lifetime before pathogens evolve resistance. They’re also not an option for those growing crops that are directly consumed.

If farmers could detect pathogens early, they could target treatment by spraying only those parts of the field affected - limiting the spread of pathogens and removing the need for preventative treatments.

The main way to detect crop pathogens is by manually inspecting plants and looking for the hallmarks of infection. By the time the crops start to show visible symptoms, the pathogen is well-established and likely spread over large areas of production, which means the losses will be significant.

What farmers are desperately calling for is an early warning system, quickly alerting them to the presence of an airborne pathogen so they can take targeted measures - spraying their crops only when needed.

Mia Berelson is a PhD student in the Leggett Group and is using Air-seq to detect plant pathogens in the air. “A number of crop pathogens are spread by the wind, sometimes hitching a ride on dust or other particles.

“We’ve shown Air-seq can capture DNA and RNA from the air, sequence it, and compare it with a database of harmful pathogens. If it spots one, the system could send an alert - giving time for farmers to take action.

“It’s quicker and more sensitive than waiting to spot the visible signs of infection, which means it could help radically reduce fungicide use while extending the effective lifetime of existing fungicides - reducing farming costs and environmental impact.”

Air-seq has already been trialled in greenhouses managed by a strawberry grower and jam maker. Here, it was tasked with monitoring for two particularly destructive airborne pathogens - powdery mildew and botrytis.

Botrytis infection is the most common reason for fruit failing to reach the supermarket shelves. The economic impact on growers is enormous - industry estimates suggest 5-10 per cent losses are typical but can be much higher without intervention.

The range of fungicides available is reducing, which means new tools for disease control are desperately needed.

“The aim was to quantify levels of these pathogens,” explains Leggett, “rather than just alerting us when they were detected. That meant we could establish the threshold at which we needed to trigger an intervention, such as environmental controls in the greenhouse.”

The technology uses bespoke software to analyse samples, which means it can be used in a far more subtle way than a binary alarm system.

A 2022 socioeconomic impact report for the Earlham Institute, carried out by Brookdale Consulting, has estimated that this early warning system could save UK industry more than £20m over the next decade if the technology becomes widely used.

Spotting the next zoonotic threat

Another area of interest has been in human health and homeland security.

That there are potentially harmful organisms passing invisibly through the atmosphere should come as no surprise after the global pandemic.

Experts agree it is a question of ‘when’, rather than ‘if’, another pandemic will strike. Air-seq could transform the early response to this threat.

“During the height of the pandemic,” recalls Darren Heavens, Post-Doctoral Scientist in the Leggett Group, “we explored the idea of deploying our technology at a major transport hub.

“It provides an unbiased, always on, monitoring system to continuously read the DNA and RNA sequences of microbes collected from the air. We naturally wondered whether we could use it to spot the appearance of coronavirus.”

Human viruses are devastatingly effective at making use of a cough or sneeze to spread, but all manner of pathogens use the air as a highway to new hosts. It’s also a frightening reality that, at some point, the appearance of airborne pathogens might even be a deliberate act.

Air-seq has the potential to spot zoonotic diseases, as well as intentionally dispersed pathogens used as biological weapons, before they do untold harm.

“There’s the potential to see Air-seq being used at airports or other critical infrastructure around the world,” adds Heavens. “It has huge potential both as an anti-terror measure but also for public health monitoring.

“The whole process - from sample collection to analysis - currently takes around 90 minutes, which means it could be reliably used as an early warning system in a range of settings.”

Full DNA sequencing of airborne pathogens would not just identify the threats themselves, but also provide analysis to determine treatments for anyone affected.

The researchers believe the technology could help improve clinical outcomes by determining which antibiotics are likely to be ineffective through the identification of antibiotic resistance genes in the samples captured.

A census from the air

Air-seq has the potential to replace a number of time-consuming manual tasks with a rapid, automated system. A good example of this is in non-invasive sampling.

Living organisms unwittingly shed fragments of their DNA into the surroundings, some of which can be found in the air. These traces of airborne environmental DNA - eDNA - can be spotted by Air-seq.

Professor Matt Clark is a Research Leader at the Natural History Museum, London, and developed Air-seq with Dr Leggett. “The technology isn’t just for spotting human pathogens”, he explains.

“We’re interested in using this cutting-edge technology to advance the emerging field of eDNA - using a new ‘microscope’ to study an environment’s ecosystem.

“We could use Air-seq in environments that are challenging for traditional biodiversity sampling - such as jungles, mountains, and even the air that sits above the oceans of the world – as well as urban environments, where we can generate new insights about airborne allergens in our towns and cities.

While the technology is currently being used to detect biological material in the air, the platform can be applied to almost any environmental sample - water, soil, and clinical specimens.

The team behind Air-seq have devoted many years of effort to developing and enhancing the technology. That hard work will hopefully see it applied in the widest possible range of uses over the coming years. 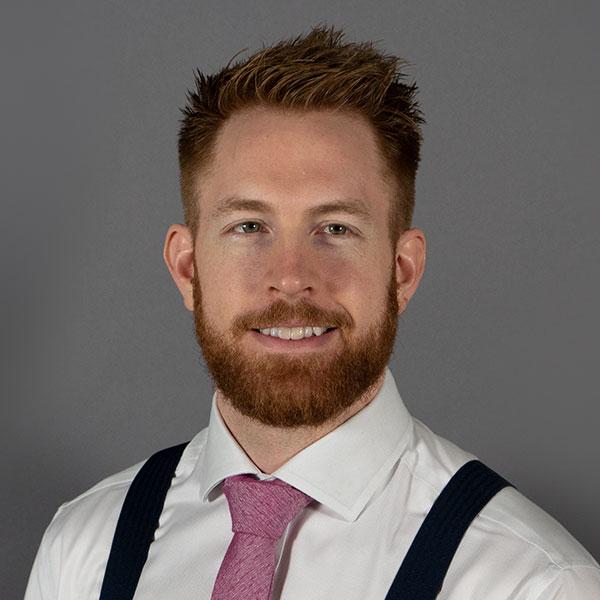 A collaborative research project to detect and identify pathogens in an urban environment has received a $5.2m (£3.9m) contract extension from the Defense Advanced Research Projects Agency (DARPA), an agency of the US Department of Defense.
Image