Most microbes live in and around our crops causing no harm whatsoever, often providing vital nutrients through decomposing organic matter, or symbiosis with plant roots. Yet a sudden event, perhaps just a fateful gust of wind, can turn even the most placid of microbes into a devastating pathogen.

Most microbes live in and around our crops causing no harm whatsoever, often providing vital nutrients through decomposing organic matter, or symbiosis with plant roots. Yet a sudden event, perhaps just a fateful gust of wind, can turn even the most placid of microbes into a devastating pathogen.

From sugar and sea beet to ash dieback and wheat, EI scientists are investigating what makes a plant killer: working to ensure that we can counter the increasing threat of invading pathogens, which cost the global economy $220 billion in losses annually and pose a stark threat to food security.

As part of our series on improving food security, we caught up with evolutionary biologist Dr Mark McMullan and his team to find out more.

This article forms part of our series on Food Security, leading up to World Food Day on October 16. 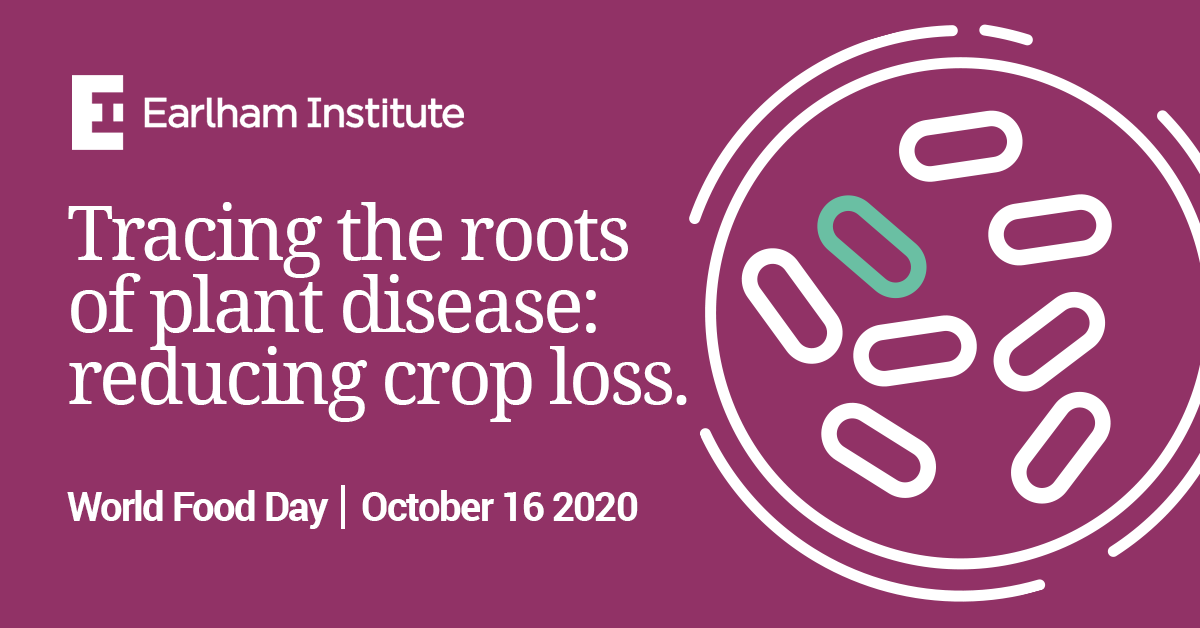 “Sugar beet is really important,” says PhD student Hélène Yvanne, as we joined the team for lunch at the aptly named Sugar Beet Eating House on Ipswich Road. “It accounts for 20% of world sugar production - and it’s the main source of sugar in Europe.”

For a continent which gobbles down almost 13 billion tonnes of cake per year, the economic importance of sugar is substantial. As a CASE PhD student, supervised by McMullan, Yvanne is working closely with colleagues and industrial partner KWS on the science that can help us protect sugar beet - and many other crops - from the threat of pathogens.

“It creates a lot of jobs,” says Michelle Grey, Research Assistant in the Hall Group. “9,500 jobs in the UK are related to the sugar beet industry - and a lot of those are here in Norfolk and Suffolk.”

The Earlham Institute is situated in the south of Norwich, a short drive from the Suffolk border, and in this part of the country you’re never far from the sugar beet industry. On a day trip from Norwich to Bury St. Edmunds, you cannot fail to whiff the unmistakable odor of beet being pulped for its sugary juice in the UK’s largest sugar manufacturing plant.

Within a range of 50km of that factory, which employs 160 people, 1,200 growers produce two million tonnes of sugar beet that each year are processed into 250,000 tonnes of sugar.

Sugar beet is clearly very important. So why, then, did Helene Yvanne spend the first few months of her PhD collecting wild sea beet along the Norfolk coast?

Sugar beet is really important, it accounts for 20% of world sugar production - and it’s the main source of sugar in Europe.

Walking on the beaches looking at the sea beets

“It’s a great model to study host-pathogen interactions,” says Yvanne. “Sugar beet has a close ancestor - sea beet - and both share the same pathogens. This is a great system to study the evolution of pathogens between sugar beet crops and wild sea beet ancestors.”

You’re likely to find sea beet along any coastline from Europe to North Africa and South Asia - but you’d be forgiven for wondering how someone looked at it and thought: that would make good sugar.

“It was only around four hundred years ago that they started to cultivate sea beet in Poland,” explains Grey. “It’s one of the youngest cultivated crops.”

That cultivated sea beet became sugar beet - and other widely cultivated crops including beetroot and Swiss chard. Its youthfulness, to scientists, is its usefulness.

“It’s about exploring how plant pathogens become so well adapted to their agricultural host,” Grey continues. “If we can understand what’s going on in the wild, versus agriculture, maybe we can predict what the agricultural pathogen is going to do next. Maybe we can give farmers a better chance of controlling that.”

One of those pathogens is the fungus Uromyces beticola (also U. betae), or beet rust, which poses a significant threat to sugar beet production. In a bad year, beet rust can cause crop losses approaching 15% of potential yield. Yvanne is investigating how beets - both domesticated and wild - fare in the face of this pathogen threat.

“You can find rust on sugar beet and sea beet,” says Yvanne, who is looking at this relationship initially from the point of view of the plant. “But the sea beet is thought to be more resistant to this fungus, because it’s more genetically diverse. It’s a good system to try to find genes that confer resistance to this fungus.” 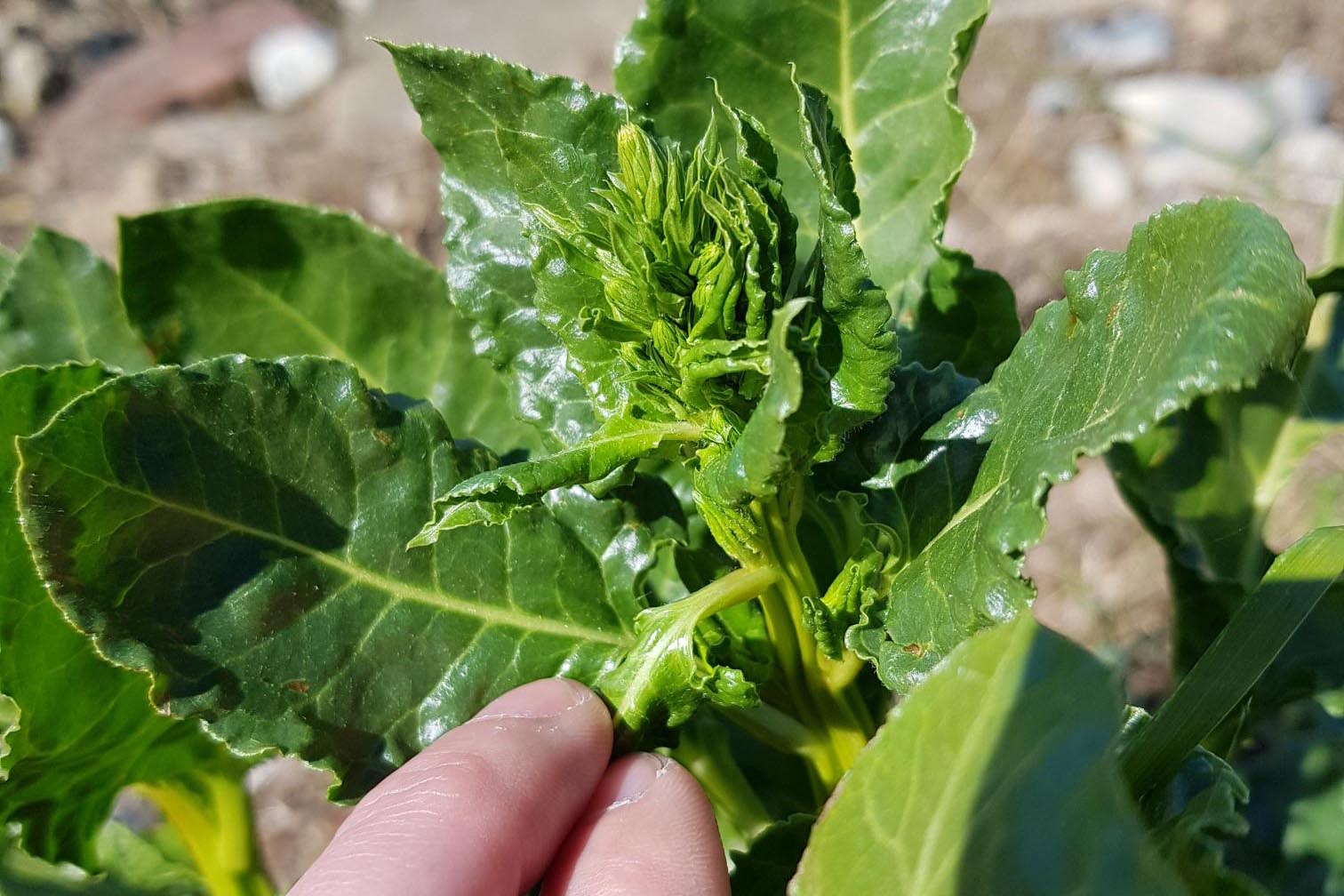 The makings of a Pathogen

While Yvanne is investigating what’s going on in plants, other members of the team are working on events from the perspective of an emerging fungal pathogen.

Dr Mark McMullan has been working for more than half a decade to understand how ash dieback disease has been so deadly in Europe, yet so tame in its native range. In 2018 he published research in Nature Ecology & Evolution which showed that just one or two spores arriving from East Asia were likely responsible for the entire ash dieback invasion of Europe. It is thought that up to 95% of European ash trees will eventually succumb.

“The genetic diversity in Europe is 1/8th of the genetic diversity in just a single wood in Japan,” says Jess Peers, who recently completed a Year in Industry working alongside McMullan. “There’s a lot more diversity there that hasn’t been seen here yet - and it’s already been devastating. We’re looking into the threat a future invasion might pose.”

That could be disastrous for Europe’s remaining ash trees. The arrival of just one more spore could introduce yet more diversity that might finally overwhelm those trees which currently show some resistance to the disease. It could also hold valuable clues about how a fungus becomes a pathogen.In its native range, such as that single wood in Japan, the ash dieback fungus is no killer, but instead thrives alongside the ash trees on which it lives.

The fungus lives as a normal saprotrophic fungus might, decomposing falling leaf matter. For European ash trees, which had never encountered the fungus, it’s been a different story - and one that McMullan and colleagues are working to understand.

Dr Mark McMullan has been working for more than half a decade to understand how ash dieback disease has been so deadly in Europe, yet so tame in its native range. Image: Ash Dieback Disease, Flickr, Bjorn S

Crop health and food security: the winner take all.

That knowledge could be key to understanding not just the threat posed by ash dieback, but how plant pathogens emerge in a variety of species. In fact, Dr Nasmille Larke-Mejía - an EI scientist working on the GROW Colombia project - has recently begun to investigate a very similar story in coffee plantations.

“We’re looking at a fungus that’s normally saprophytic,” says Larke-Mejía. “It lives on dead wood, and is well studied for its bioluminescence. But out of nowhere, we find a species that can kill coffee plants.

“There are a lot of similarities with ash dieback, so I’m excited to speak with Mark and Jess to find out how they investigated it. We can use the same strategies to look for the genes that give the fungus this unusual characteristic to kill coffee.”

Michelle Grey is currently tackling a fungal disease of wheat known as take-all - analysing not just the pathogen itself, but the community of microorganisms which live in and around the roots. “To get a better understanding of how all these events occur, it’s important to recognise that there’s a lot of diversity out there that doesn’t end up infecting a crop,” she explains.

“There are all these fungi that exist in the wild which are not killers. I’m really interested in why that is.”

For McMullan, invasion biology is the skeleton key which could unlock the roots of all of these seemingly disparate diseases. “All of these pathogens invade from one environment to another,” he says. “But there are many which don’t make it. Discerning the differences is paramount if we’re to truly understand what makes agricultural pathogens - from beet rust to take-all - so devastating.”

How do we answer the most imminently approaching question of our time: how to feed 9 billion people by 2050?