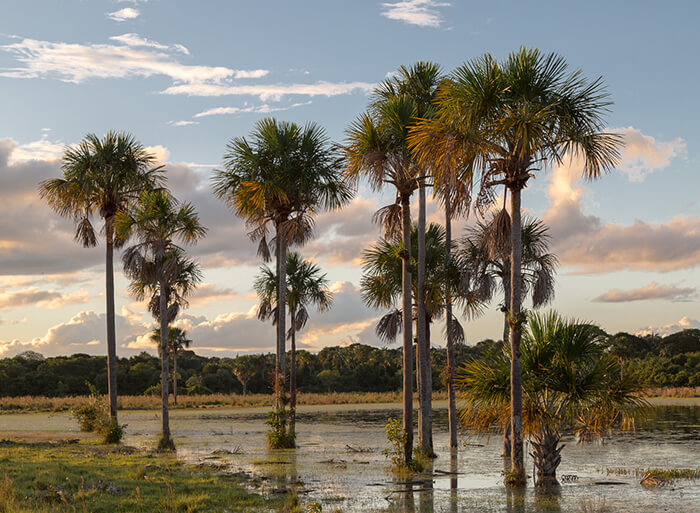 New funding could help protect the habitat of the spectacled bear for ecotourism, boost the coffee and chocolate industries and help rebuild post-conflict lives.

Earlham Institute (EI) has been awarded nearly £6.5 million (25 billion-pesos) of UK funding for a project that will help to protect biodiversity and benefit innovation in Colombia. The project is one of 37 announced by Research Councils UK to support projects tackling some of the most serious global challenges.

The four-year investment from RCUK’s Global Challenges Research Fund is set to stimulate the bioeconomy by increasing knowledge of Colombia’s greatest treasure: its biodiversity. It will help Colombian researchers, industry partners and crop breeders gain the skills needed to drive sustainable innovation and to attract further public and private funding. The project is closely linked to Colombia Bio, the research strategy of the government science agency Colciencias.

Colombia is the second richest country in the world after Brazil in terms of biodiversity, but only 41st by GDP ranking. The country’s natural riches could help boost GDP and help secure social equality and long-term peace. For example, they are likely to be a treasure-trove for new medicines, agricultural innovation and ecotourism.

“A successful bioeconomy would be one that creates new scientists, research capabilities and investments while at the same time improving human welfare in parts of the country that have seen years of instability,” says Professor Federica Di Palma, who brought the Bridge Colombia partners together and led the successful funding bid.

Many of the strongholds of the Revolutionary Armed Forces of Colombia (FARC) were in remote and richly biodiverse areas. Since the guerrilla group relinquished control, deforestation has increased due to illegal logging and mining. As part of the new project, communities in these areas will be surveyed to better understand how to help them achieve economic stability in a way that secures the nation’s rich resources for future generations.

Some of these same areas include virgin rainforest, remote savanna and vertiginous mountains that have not been studied by researchers since the expedition led by Alexander von Humboldt in the early 1800s. The 2016 peace deal makes it possible for researchers to undertake new bio-expeditions. They will be able to discover new species and to catalogue plants and wildlife that could be valuable for ecotourism, medicine and industry.

“It is important to know how much the amazing biodiversity of the country could be worth to the Colombian economy,” says Professor Di Palma.

“Only then can its value be understood, bringing communities on board and making new partnerships to ensure that instead of losing it for short-term gains, it can carry on providing a source of income for generations to come.

Innovation in agriculture will include a boost to the coffee industry, a crop at the heart of Colombia’s cultural identity. However, livestock is currently Colombia’s biggest agricultural activity. It employs about three-quarters of Colombia’s agricultural land and one in five people. Productivity is one of the lowest in the world and an increase could significantly boost incomes without the need to clear more land.

“This project will have a long-lasting impact, leaving a legacy of a greater research capacity and responsible investments that benefit both people and the environment,” says Professor Di Palma.

“With access to technologies and expertise BRIDGE Colombia partners - such as the Earlham Institute and Natural History Museum in the UK and the University of Sydney in Australia - we have a chance for our researchers to build the skills for a thriving scientific future. And as we increase our knowledge of the riches on our doorstep, we can tell the world about them, attracting further investment.”

“Through the enhancement of conservation efforts lead by the Cartagena Botanical Garden, a leading institution in research and education for the conservation of the Caribbean biodiversity, we will focus on preserving remnant forests, restoring degraded forest patches and promoting ecotourism in the region. For example, the seasonally dry tropical forest is the most threatened ecosystem on earth, rich in endemic species and home to endangered precious woods and a bewildering bird fauna.”

“I’m delighted to be able to work with Colombian scientists to survey parts of the country that have not been studied for decades. At this stage, we don’t know whether the biological diversity of this amazing country will have increased or decreased and it is important to find out. We will train the next generation of researchers in the most up-to-date genomic techniques, ensuring there are enough people with the skills needed to sample and analyse DNA.”

Enrique Fatas, Professor of Economics from the University of East Anglia, says:

“In rural areas hit by the long and tragic conflict, many people feel excluded from Colombia’s economic progress. The interdisciplinary team in this project will engage with local communities to ensure they benefit from Colombia’s biodiversity, promoting inclusive and sustainable growth.”

“If we don’t protect the genetic diversity of crops from pollution, habitat loss or changes in land-use, we will lose the ability to adapt food production to new conditions and challenges resulting from climate change or population growth. Biodiversity is crucial for food security everywhere. We need to stop deforestation at the same time as increasing productivity on pastures and farmland, so that food producers’ incomes can be boosted in a sustainable way.”

“This could be a fantastic opportunity to further develop sustainable livestock systems in Colombia. These environmentally-friendly systems can be so productive they actually reduce pressure on farmers to cut down forests for grazing land, protecting Colombia’s rich biodiversity.”

Why you should care about biodiversity / SPECIAL FEATURE
http://www.earlham.ac.uk/articles/why-you-should-care-about-biodiversity