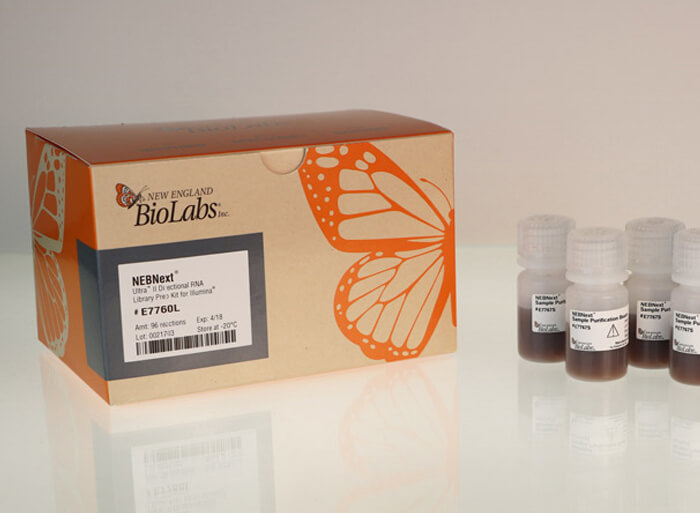 Ipswich, MA, USA and Norwich, UK (June 7th, 2017) – In its mission to tackle global challenges through life science research, the Earlham Institute (Norwich, UK) faces unique problems raised through the sheer breadth of biological samples that it works with.

Ipswich, MA, USA and Norwich, UK (June 7th, 2017) – In its mission to tackle global challenges through life science research, the Earlham Institute (Norwich, UK) faces unique problems raised through the sheer breadth of biological samples that it works with.

Samples that the institute processes can come from any number of species of plant, animal, or microbial organism. For certain plant species, this can be particularly challenging due to the inherent nature of nucleic acids that are extracted, specifically RNA that is used for next-generation sequencing applications. Processing these samples has been problematic, and commercially available approaches have fallen short of producing high quality libraries from particular species, thus limiting scientists’ ability to study them fully.

New England Biolabs (Ipswich, MA) had these specific challenges in mind when they were developing the recently released NEBNext® Ultra™ II Directional RNA Library Prep Kit for Illumina® sequencing. “Speaking with scientists around the world, one of the consistent messages we received was that RNA samples continue to present challenges for next generation sequencing analysis in being of extremely low input, and highly sensitive to the variety of contaminants derived from both the organisms themselves, but also the wide range of approaches used to extract RNA from cells”, stated Fiona Stewart, Ph.D., NEBNext Product Portfolio Manager for New England Biolabs. The NEBNext Ultra II Directional RNA kit is capable of producing high quality libraries across a broad range of RNA inputs, from 5 ng up to 1 µg of total RNA, and is compatible with ribosomal RNA (rRNA) depletion or poly(A) enrichment.

After hearing about the new kit from New England Biolabs, the Earlham Institute were keen to test its capability with samples that they knew would be difficult. According to Leah Clissold, Platforms & Pipelines Team Leader at The Earlham Institute, “We trialed NEB’s Ultra II Directional RNA Library Prep Kit using three plant species that have previously been problematic with other RNA-seq kits. We were thrilled with how well and how consistently this kit performed. The NEBNext® Poly(A) mRNA Magnetic Isolation Module was also effective and SortMeRNA showed that we had less than 2% contamination for each plant species. The strand specificity was also good at 98%.”

The Institute is currently in the process of transferring the protocol to their production portfolio as part of the BBSRC National Capability in Genomics and Single-Cell Analysis.

Ultra™ is a trademark of New England Biolabs, Inc.

Illumina® is a registered trademark of Illumina, Inc.

Established in the mid 1970's, New England Biolabs, Inc. (NEB) is the industry leader in the discovery and production of enzymes for molecular biology applications and now offers the largest selection of recombinant and native enzymes for genomic research. NEB continues to expand its product offerings into areas related to PCR and qPCR, gene expression, sample preparation for next generation sequencing, synthetic biology, glycobiology, epigenetics and RNA analysis. Additionally, NEB is focused on strengthening alliances that enable new technologies to reach key market sectors, including molecular diagnostics development. New England Biolabs is a privately held company, headquartered in Ipswich, MA, and has extensive worldwide distribution through a network of exclusive distributors, agents and seven subsidiaries located in Canada, China, France, Germany, Japan, Singapore and the UK. For more information about New England Biolabs visit www.neb.com.