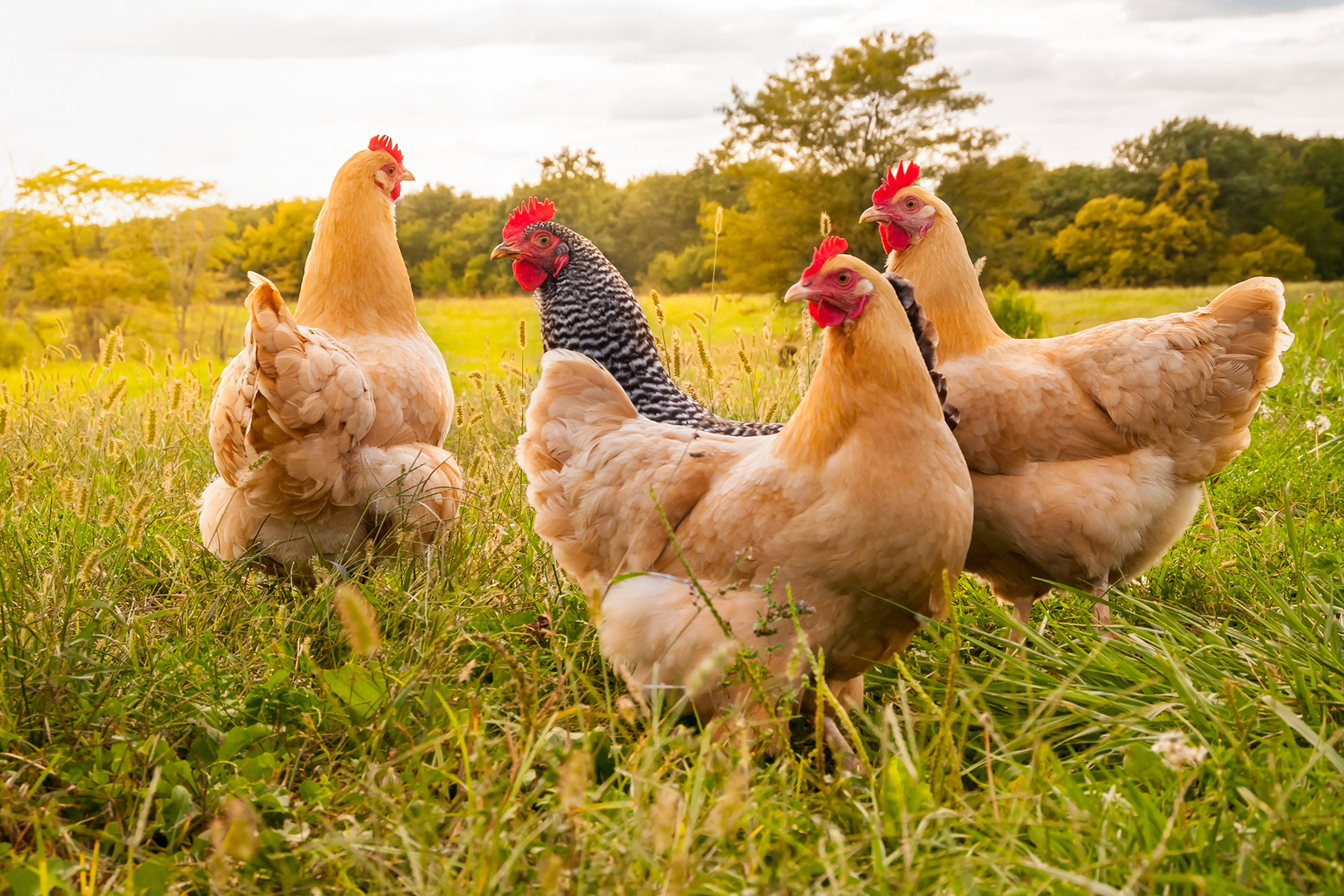 In a recently published study, investigators from the Quadram Institute and Earlham Institute in Norwich, alongside the University of Surrey, have more than doubled the number of microbial species known to live in the chicken gut. The study shows the power of DNA analysis in uncovering and characterising new microbes and provides a key resource for all future studies on the gut microbiome of this important food animal.

With three times as many chickens as people on our planet, this ubiquitous food animal underpins human nutrition and health across the globe—whether through subsistence farming or intensive production, chickens supply more of our food than any other animal. Chicken meat is surging in popularity as a lower-carbon alternative to meat from other livestock, while eggs remain an important and affordable source of nutrition worldwide, but poultry are also a source of antimicrobial resistance and of pathogens such as Campylobacter, Salmonella and E. coli that threaten human health.

For several decades, we have known that a healthy gut microbiome — the community of bacteria, viruses and other microbes that live in the gut — underpins the health of birds and the productivity of poultry farming. However, despite its importance, we still don’t have a complete picture of what exactly lives inside the guts of healthy chickens.

To explore this uncharted territory, researchers from the Quadram Institute and Earlham Institute on the Norwich Research Park have collaborated with partners at the University of Surrey and University of Ediburgh to carry out the largest ever study of microbial diversity within the chicken gut - funded by the Biotechnology and Biological Sciences Research Council, part of UKRI.

Professor Roberto La Ragione, who heads the team at the University of Surrey that provided the samples, said: “Understanding the complex microbial communities that live in the chicken gut is fundamental to improving poultry health and welfare. Moreover, in-depth exploration of this community has the potential to improve food security and contribute to the development of interventions to reduce the carriage of foodborne pathogens such as Campylobacter and Salmonella.”

The team of investigators capitalised on two cutting-edge approaches. The first, called metagenomics, relies on extracting and sequencing DNA from faecal or gut samples and then analysing DNA sequences to reconstruct the genetic blueprints (genomes) of the associated microbes.  The second approach involves high-throughput recovery and DNA sequencing of cultured isolates. Both approaches facilitate discovery of new microorganisms, while also allowing them to classified and assigned an accurate position with the family tree of life.

The investigation started with just fifty faecal samples from two breeds of chicken reared in the UK. However, it was soon expanded to include computer-based analysis of over five hundred DNA datasets from similar samples collected across twelve countries. Computer-based analyses of DNA sequences on this scale relied on state-of-the art computing facilities provided by the Earlham Institute and by the Cloud Infrastructure for Microbial Bioinformatics, a nationwide facility directed by Prof. Pallen.

The investigators compiled a set of 20 million microbial genes from the chicken gut and were able to reconstruct over 5,000 microbial genomes. These fell into over 800 bacterial species, only 158 of which possessed validly published names, while the majority ranked as previously unknown. The team also isolated over 280 bacterial cultures, which allowed them to describe thirty newly cultured species of bacteria.

Investigator Falk Hildebrand from the Quadram Institute and Earlham Institute, said: “Using metagenomics, we can document the presence and roles of diverse organisms within complex microbial ecosystems like that found in the chicken gut. Reconstructing genome sequences in this way provides an exciting catalogue of natural biodiversity that goes far beyond what can be achieved by simply culturing bacteria.”

Keen to provide a stable, clear and memorable set of descriptors for novel bacteria from the chicken gut, the team worked with Israeli nomenclature expert Aharon Oren in an unprecedented effort to create hundreds of new well-formed Latin names. This is likely to represent the largest number of microbial taxonomic names created within a single research study — describing all the names meant that the resulting paper expanded to fill over 140 pages. The investigators have provided proof-of-principle for a scalable approach to creating Latin names that could be applied to the thousands of new species being recovered from other metagenomic projects.

Interestingly, the investigators recovered from chicken samples not just the well-known bacterium Escherichia coli (also known as E. coli), but also other closely related species, one of which they named Escherichia whittamii after the American microbiologist Tom Whittam, who pioneered our understanding of genetic diversity in E. coli and its relatives.

Prof Mark Pallen, concluded: "We were surprised to find such remarkable biodiversity within this commonplace livestock ecosystem — diversity that rivals that associated with the human gut. Our work has more than doubled the number of bacterial species known to reside in the chicken gut and has resulted in the creation of an unprecedented number of new species names. The availability of so many novel genes, genome and species represents a substantial step forward in understanding this system and lays the ground-work for future comparative and intervention studies.”

The paper ‘Extensive microbial diversity within the chicken gut microbiome revealed by metagenomics and culture’ is published in PeerJ.

Data sequencing used in this project was enabled through a BBSRC ALERT grant to the Earlham Institute in 2018 which funded the acquisition of NovaSeq 6000 to the Genomics Pipelines Group.

Quadram Institute’s mission is to deliver healthier lives through innovation in gut health, microbiology and food and its vision is to understand how food and microbes interact to promote health and prevent disease.

The Quadram Institute is an interdisciplinary research centre at the forefront of a new era of food and health research. It brings together researchers and clinicians under one roof and houses one of Europe’s largest endoscopy units and a clinical research facility.