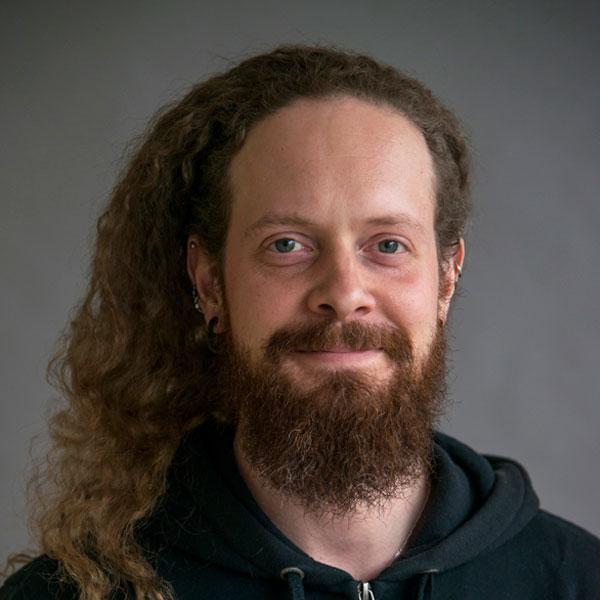 Prior to joining the Earlham Institute, Robert was a post-doctoral researcher at the Institute of Food Research (IFR) in the National Collection of Yeast Cultures (NCYC) group, providing tools to analyse the ribosomal DNA of Saccharomyces as well as general bioinformatics support to help drive this important National Capability. He completed his BSc in Microbiology (2001) and his PhD in Bioinformatics (2005), both at the University of East Anglia, the latter developing statistical algorithms and end user software for assessing the gene content of bacterial organisms using Comparative Genomic Hybridisation microarrays.

Robert joined EI in February 2010 as the lead software engineer on the MISO lab information management (LIMS) project, which was released to the community as an open source framework for tracking sequencing experiments in 2012. He subsequently became the Core Bioinformatics Project Leader, managing a team of programmers to advance MISO as well as developing new projects into data infrastructure and management, and the genomic data visualisation tool, TGAC Browser. Robert was appointed as Data Infrastructure and Algorithms Group Leader in late 2012, and continues to lead this Faculty group in researching how best to manage, represent and analyse data for open science, as well as exploring new hardware, algorithms and methodologies to develop tools to push the boundaries of data-driven informatics in the life sciences. The team applies their research expertise to develop infrastructure platforms for data and software dissemination and publication, assembly algorithms for viral and microbial metagenomics, large-scale data visualisation, and best practice and training in bioinformatics.

Robert's main interests are in enterprise-grade software development, with over 15 years experience in system administration, programming, and web service technologies. He enjoys researching data management and associated HPC infrastructure, sequence analysis and quality control pipelines, novel visualisation strategies for sequencing and biological data, metadata and the Semantic Web, and is an advocate of the open science ethos.

CerealsDB - New tools for the analysis of the wheat genome: update 2020

COPO: a metadata platform for brokering FAIR data in the life sciences

COPO: a metadata platform for brokering FAIR data in the life sciences

GeneSeqToFamily: a Galaxy workflow to find gene families based on the Ensembl Compara GeneTrees Pipeline.

The world of computing is like learning how to compose a beautiful symphony – but instead of writing notes, you write code.
Image
27 January 2023
People Science
FEATURE | 5 min READ

Protists defy taxonomic classification and wow us with their weirdness on a daily basis. They’ve been excruciatingly difficult to study but, thanks to single-cell genomics and bioinformatics being carried out at the Earlham Institute, we’re finally decoding their abundant biodiversity.
News
Image

A computer model could help to reveal how some infectious diseases - including COVID-19 - trigger an overactive immune response in certain patients, which can drive inflammation and lead to serious complications or even death.