Most of the world's fisheries are overexploited and it seems inevitable that fish-farming will largely replace fishing, just as livestock farming has replaced hunting as the main source of food from land animals. Unfortunately, many farmed fish, such as salmon, are themselves predators and need to be fed on fish meal.

Global tilapia production hit 6 million tonnes for the first time in 2020 and is now a  $7.6 billion dollar industry,  highlighting the huge growth in the freshwater aquaculture industry. However, that growth is threatened by a number of factors - including disease and arising pathogens, unwanted hybridization with wild fish, and climate change.

Most tilapia production is based on a handful of strains, but there are more than 50 wild species throughout Africa which could harbour valuable genes for growth, disease resistance, temperature & salt tolerance etc. Many tilapia will hybridize readily, so that the natural genetic traits could easily be bred into farmed strains without the need for GM technology. However, this feature also renders them vulnerable to genetic swamping by stocking with alien farmed strains into natural water bodies, a practice now widespread in Africa..

In this project we are establishing the needed genomic resources to enable the study of genomic diversity of wild tilapia populations, including past and ongoing gene flow between populations and across species. These species present different degrees of environmental adaptation for salinity, temperature, oxygen content. Using comparative genomics and system biology approaches we aim to investigate, characterise, and understand the genomic bases associated with those traits of interest. In close collaboration with WorldFish, we are generating similar high quality genomic resources for elite farmed strains of Nile tilapia with the aim of enabling future selective breeding for traits such as pathogen and environmental resilience. 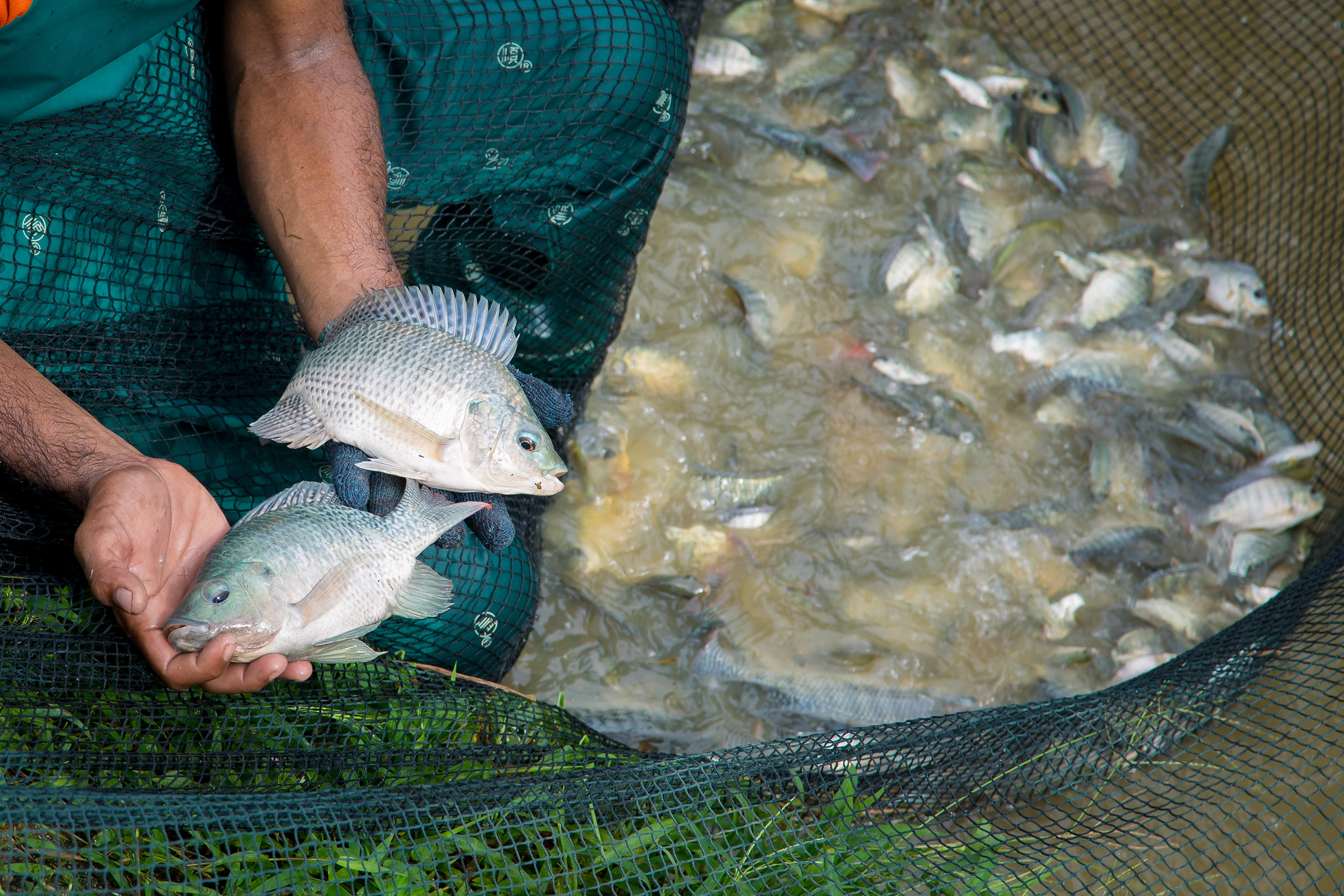 Image above courtesy of WorldFish.

In this project, we are surveying the natural tilapia diversity of Tanzania, a particular hotspot for wild tilapia strains. We applied coverage low genome sequencing of nearly 600 tilapia sampled across water bodies in Tanzania. We are investigating population structure including past and contemporary gene flow between populations and species taking into account water basins.

We have developed quick molecular diagnostic tests of hybridization for the benefit of fishery managers in other locations, and use these to calibrate simple visual methods to identify hybrids in the field.

The genome sequence information of all of these tilapia strains will be deposited in online public databases, where it will provide a major resource for future studies in tilapia strain development.

Supported by a EU Development Fund project (TrueFish), in close collaboration with WorldFish, the Lake Victoria Fisheries Organization (LVFO), the Kenya Marine and Fisheries Research Institute (KMFRI), the Uganda National Fisheries Resources Research Institute (NaFIRRI), and the Tanzania Fisheries Research Institute (TAFIRI), we are investigating the genetic diversity of tilapia stocks in the water bodies constituting the Lake Victoria Basin. We aim to apply low coverage genome sequencing to assess the quality of the stocks to enable information based policy for the preservation and exploitation of these populations. In close collaboration with our partners we will deliver active training to local staff and students

The success of tilapia aquaculture is associated with the development of elite strains, often selected for improved growth rate. Because of the origin of those strains current reference genomes are not adequate to enable genomic selection. In close collaboration with WorldFish we are producing high quality genome resources for two of those strains through the application of long read technologies to deliver chromosome scale genome references and associated high quality annotations. 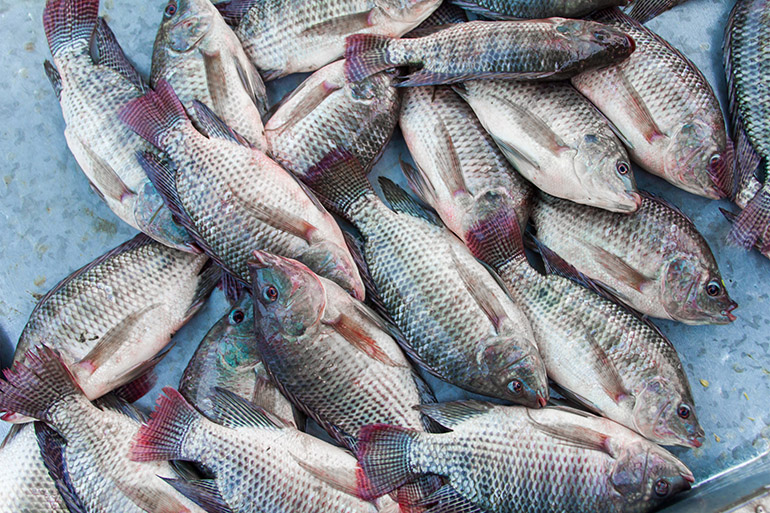 The High Performance Computing resource has been used extensively during this project. The high-coverage de novo genomes assembly tasks require up to 1Tb of RAM to run, whilst the large number of low-coverage resequencing genomes require a large number of processor cores in order to carry out the analysis in a timely manner. The Isilon storage facility has also been used to store the multiple terabytes of data locally.

Develop a quick economical diagnostic test of the extent of introgression for both individuals and populations. From the collected sequencing data, we will characterise SNPs diagnostic of the native and alien species in a locations where hybridization is suspected, and use these to design a SNP chip which can readily allocate a ‘hybrid score’ to individuals within the population.

Tilapia are now the third most important freshwater species in aquaculture. Our work in close collaboration with National Fisheries organisations in Uganda, Kenya, and Tanzania aims at identifying the genetics status of existing stocks in water bodies of East Africa countries.

We will disseminate our research and deliver relevant bioinformatics training for local staff and research students through our partners in Uganda, Kenya, and Tanzania. Our work in close collaboration with WorldFish will lead to enhanced genomic resources for elite strains enabling further selective breeding.

Our activities will lead to improved research and monitoring and ultimately to enhancement of the aquaculture industry. We believe that this research will be of great interest to students and the general public in the UK and internationally and we will carry out a variety of dissemination activities through a range of media. Furthermore, the genome sequence information will be publicly available to future researchers, benefiting the wider academic community interested in research themes as diverse as selective breeding, fish health, and evolutionary biology.

Overfishing has been rife for decades and our seas and oceans have become vastly depleted in fish reserves. Despite this, around 40%* of the world’s population lives on or close to the coast, largely relying on fish as a major protein source. It is time to look inland, towards freshwater aquaculture.
Image
14 July 2021
Science
FEATURE | 8 min READ

Aquaculture is becoming more common - and more important - but the potential impact of fish farms on native biodiversity and ecosystems is only just surfacing.
Image

We contribute to sustainable aquaculture practices to protect biodiversity and meet nutritional demand in Tanzania.