GM crops have the potential to improve millions of lives every year and have an excellent safety record, so why did the Scottish government ban them?

GM crops are being developed around the world based on our increased knowledge of the genetic structure of crop plants and ways in which their yield or nutritional qualities can be improved. Professor Nigel Brown, Chair of the EI Board of Trustees, explains his concerns about the recent Scottish Government announcement about GM crops.

Recently the Scottish Government announced that it would not allow GM crops to be grown in Scotland in order to protect the reputation of its food and drink industry. This drew praise from a number of NGOs that were opposed on policy grounds to genetically-modified organisms, but criticism from scientists who were concerned that, even if scientific advice had been sought, it had been ignored in favour of a policy decision.

The majority party in Scottish Government has had a long-standing policy of opposition to the growth of GM crops. This announcement by Cabinet Secretary, Richard Lochhead, exploits the recent change in EU legislation, which make the decision on GM crops the responsibility of member states and, apparently, devolved administrations.

The announcement also stated that contained use of GM crops and other GM work would not be prohibited.

Agriculture is one of the largest industries in Scotland. Credit: Shutterstock/ kovop58 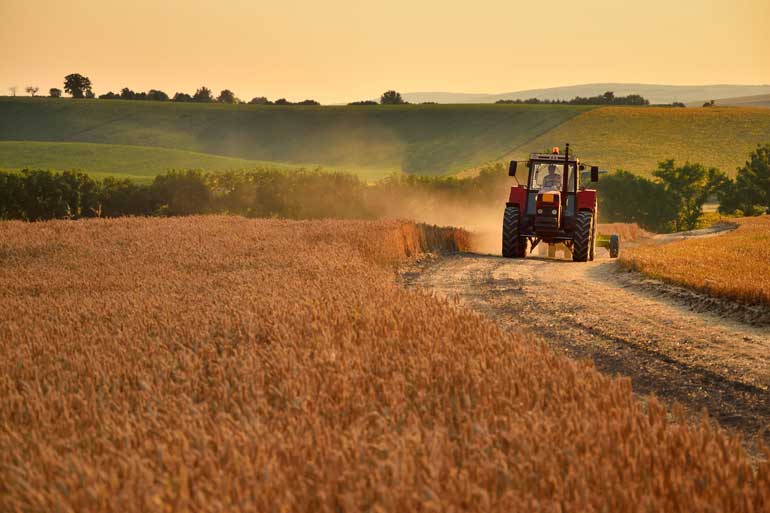 So, what is the effect of this announcement by the Scottish Government?

First, the majority of work being done in Scotland in its universities and research institutes will not be directly affected. Scotland has excellent science in this area, as do many other parts of the UK, including here on the Norwich Research Park. What remains to be seen is whether the Scottish Government will continue to fund research on GM crops at the James Hutton Institute (JHI), for example.

The barley genome is being sequenced and analysed in an international collaboration, with JHI, EI and the European Bioinformatics Institute providing the UK input. JHI has also been part of the consortium sequencing the potato genome. Both barley and the potato are important crops for the Scotland, with the seed potato export business being worth about £100 million a year to the Scottish economy.

So why should EI be interested in the political decisions taken in Scotland?

Our research is aimed at determining the genetic make-up of a variety of organisms, including crop plants, and understanding how this genetic information is expressed.

One of the reasons for doing this is to allow modification of the genome and its expression to provide new qualities to an organism. In the case of GM crops, this could be increased yield, drought-resistance, pest- and pathogen-resistance, or improved nutritional qualities.

All these areas of research contribute to the health of both humans and animals across the world. Poor food security, as well as natural disasters such as flooding and drought, still kill millions of people every year. We need all the help we can get to save these lives.

Much of the initial opposition to GMOs was based on the fact that the properties of the GM crop were not understood.

Such GM crops do exist. ‘Roundup-ready’ soybean and maize are grown in the United States, but are mainly used in animal feeds. GM cotton, resistant to insect pests, is also grown widely.

The Hawaiian papaya industry was in danger of collapsing completely because of ringspot virus infection, but GM papaya, resistant to the virus, now forms three-quarters of the crop and is approved for human consumption in the US and Japan. The health and livelihoods of many people depend on successful harvests of the papaya.

One of the major international staple crops is rice. In poor countries over half a million children a year, are estimated to go irreversibly blind due to vitamin A deficiency because the main component of their diet is rice. Vitamin A-enriched rice, known as ‘Golden Rice’, has been developed commercially by collaboration with Syngenta but made freely available through licensing. However, no golden rice is grown commercially as it has been blocked by NGOs, such as Greenpeace, that are opposed to GM crops in principle.
EI is a member of the International Wheat Sequencing Consortium, which is determining the structure of this complex hexaploid genome. An improved draft sequence in which TGAC had a major role was published last year, providing important information about this staple crop. 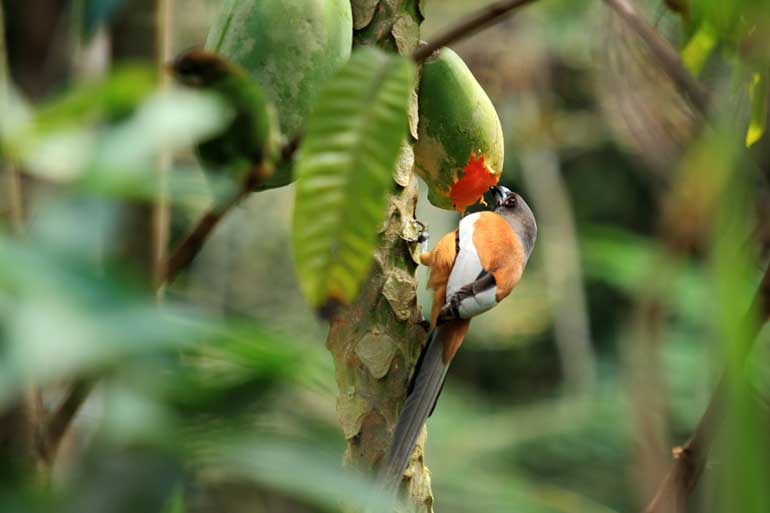 … Scotland would be “gambling with the future of our £14 billion food and drink sector”.

Are GM crops safe and effective?.

Much of the initial opposition to GMOs was based on the fact that the properties of the GM crop were not understood.

Some scientists were concerned that initial methods for genetic modification were crude and the effects on the organisms could not be readily predicted, possibly giving rise to new allergens. However, the availability of genome sequences together with newer methods of making specific modifications to the genome, such as the CRISPR/Cas system, mean that the changes in properties are now much more predictable and can be tailored.

Even without these new methods and developments, often known as synthetic biology, GM crops and other GM organisms have a safe history of use. For example, for the last 25 years, GM yeast has been widely used in the production of hard cheese in place of rennet from calves’ stomachs. There are no reported cases of any problems occurring.

Moreover, a 2014 meta-analysis of databases based on GM soybean, cotton and maize showed that pesticide use decreased by 37%, yields increased by 21% and farmers’ average profits increased by 69%.

These GM crops provide both an environmental and economic advantage, and are even more important for countries with inherently difficult market and geographical conditions.

The announcement by the Scottish Government quoted Richard Lochhead as saying, allowing GM crops to be grown in Scotland would be “gambling with the future of our £14 billion food and drink sector”. However, as Professor Ottoline Leyser points out, this is exactly what he is doing.

If consumption of GM crops becomes publicly acceptable, and general opposition to and fear of GM does seem to be diminishing, then this puts the whole Scottish seed potato industry at risk.

Similar arguments could be applied to Scottish soft fruit and barley production.
EI will continue to develop methods for analysis of the genomes of crops and other plants, microbes and animals, and will provide information that can be used for the safe and effective modification of the genomes..

Lettuce have it! Machine learning for cr-optimisation