Our oceans are fast becoming exhausted, so what are we doing about it?

Our oceans are fast becoming exhausted, so what are we doing about it? Cultivating fish on land, such as tilapia in Africa, can help to provide a healthy and relatively sustainable food source that can help to alleviate future stresses on our already-overwhelmed marine fish stocks.

We interview Antonia Ford, postdoctoral researcher at EI and Bangor University, who tells us all about aquaculture – and how understanding the genomics of native and introduced Tilapia species in Tanzania can help aquaculture breeders in the future.

Aquaculture describes the farming and production of aquatic organisms. This includes the cultivation of many animals such as fish, amphibians, shellfish and other invertebrates (sea urchins, sea cucumbers, jellyfish), but also the production of aquatic algae and seaweeds. Although most aquaculture is for human consumption some non-food items, such as pearls and shells, are also cultured.

Aquaculture can describe cultivation in any type of aquatic environment, and can range from minimal-input extensive systems where organisms are left to grow unattended in suitable closed habitats, to semi-intensive systems including water quality monitoring and fertilizer or other inputs to increase productivity, to intensive systems with high population densities, control of water quality, supplemental feed and chemicals and monitoring of organism growth and health.

What is the current status quo with global fishing and how can aquaculture help?

Global capture fisheries have maintained a stable production rate of ~90million tonnes since the late 1980s. Approximately 30% of marine fish stocks are currently considered to be fished at unsustainable levels.

Aquaculture is the fastest growing food-production sector in the world, with a production rate equal to the entire global fisheries (~90million tonnes). This substantial growth means that global fish production has outpaced world population growth and that fish consumption has increased substantially since the 1960s.

In many regions, fish consumption represents a key nutritional component in areas where protein availability may be low. As well as providing an important dietary resource, inland aquaculture projects can have important social and economic benefits as they are accessible at a small-scale.

Marine aquaculture (mariculture) projects operate in the sea or estuaries, but don’t necessarily reduce demand from marine fisheries for fish (rather than shellfish) as several of the key farmed species (such as salmon) are carnivorous and require feeding on fishmeal, which is typically produced from marine fisheries.

Inland aquaculture (typically in freshwater) is more easily achieved and run at small-scale, and typically focuses on herbivorous species that do not require expensive inputs. Tilapia species, and in particular the Nile tilapia, are one of the most commonly farmed finfish species alongside salmon and carp.

Tilapia aquaculture has shown one of the largest growths of all species, as tilapia fish thrive in low input systems (feeding on organic waste, vegetation and detritus) and can grow well in a variety of conditions.

As well as providing an important dietary resource, inland aquaculture projects can have important social and economic benefits as they are accessible at a small-scale.

How is research into tilapia genomics helping?

Farming and aquaculture typically focus on few, highly productive and/or fast-growing species to maximise return. In the case of aquaculture, several countries have widely introduced exotic species typically thought to be well suited for cultivation.

However, attention is increasingly turning to the value of native species in each country, in order to maximise the adaptation of species that have already evolved to do well in their particular environment, and to prevent adverse ecological impacts from non-native species.

By examining the genetic makeup of introduced and local tilapia species in Tanzania, we can begin to understand whether parts of the genome are particularly important in local adaptation. Some traits found only in native species may be of particular importance to aquaculture breeders in the future, such as salt tolerance, thermal tolerance, and disease resistance.

We can also investigate the impact of introduced or escaped exotic species on the local species through interbreeding, and advise local agencies as to the presence of populations of native species that require conservation efforts.

What outcomes do you expect from the project?

The project aims to survey wild genetic resources for one of the world’s most significant aquaculture resources: tilapia fish, and we are focusing on hybridization effects between a native species and two introduced species in multiple populations across Tanzania.

The project also aims to estimate the relative growth and ecological habitat of native and exotic genotypes; and enhance genomic resources for global strain improvement through bioinformatics, tissue banking and identification of stocks for conservation.

Genomic data is being analysed alongside morphology and growth performance traits to correlate traits with genetics, to assess whether there is evidence for specific parts of the genome being associated with beneficial traits. 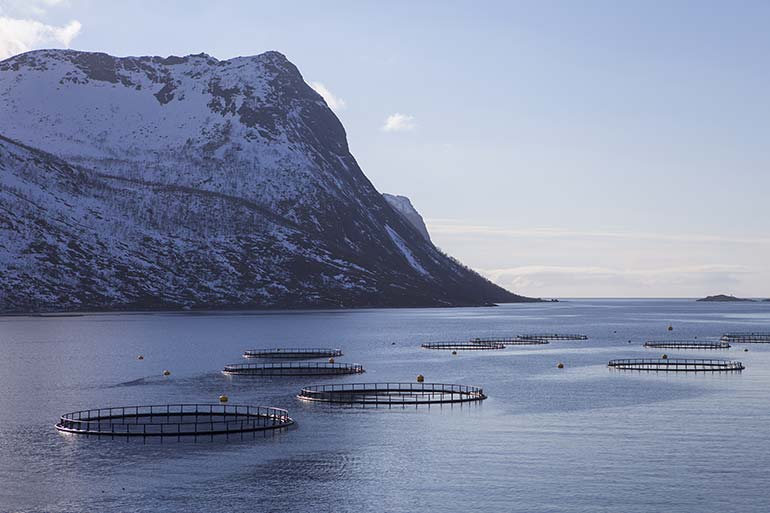 Do you believe aquaculture can replace our over-exploited marine fisheries?

Aquaculture has an important role to play in meeting the food requirements of a growing global population, and allowing supply to keep pace with demand. It is unlikely to replace marine fisheries in the imminent future, but will play a key part in preventing increasing demand placing additional pressure on marine fish stocks.

What do you think is the future of aquaculture around the world?

The increasing scale of global aquaculture means that sustainability will be an important factor, and aquaculture will increasingly be considered from a holistic point of view in terms of both natural resources and society.

The use of mixed stocks (rather than farming single-species monocultures) is receiving increasing attention, and our project partners at the WorldFish Center have ongoing research projects on sustainable aquaculture, gender and equity in aquaculture, and productivity of small-scale fisheries.

Finally, the increased availability of genetic sequencing technology means that the use of genomic analysis will increase for aquaculture purposes, allowing marker-assisted selection for breeding programmes, and the identification of natural genomic resources to tailor breeding and aquaculture projects in specific environments.