Better barley is on the way: crop genome unravelled 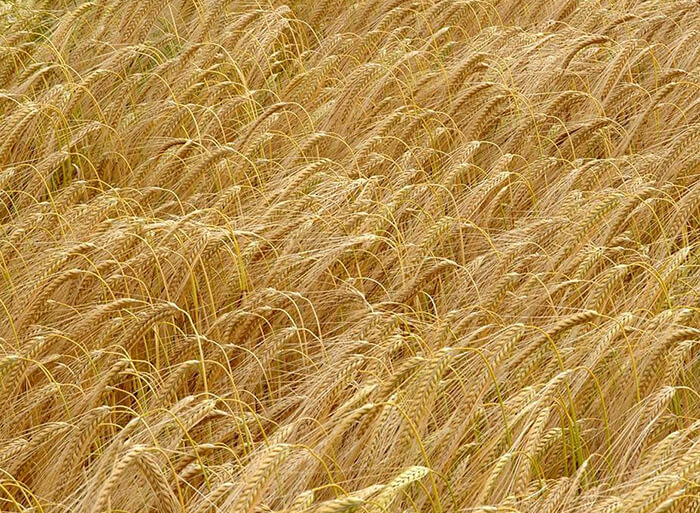 An international consortium led in the UK by the James Hutton Institute has published the first high-quality genome sequence of barley in the journal Nature.

A ten-nation scientific consortium has reported the first high-quality genome sequence of barley, a development which will assist crop breeders in developing more resilient barley varieties suited to the requirements of the brewing, distilling, food and feed industries.

The UK team behind the research was led by Professor Robbie Waugh, of Scotland’s James Hutton Institute and the Division of Plant Sciences at the University of Dundee, who worked over a decade with colleagues from the International Barley Genome Sequencing Consortium (IBSC), Earlham Institute and the European Bioinformatics Institute.

The genome sequence of a crop reveals detailed information on the location, structure and function of its genes, useful knowledge for the breeding needed to boost crop improvement. Featuring data on more than 39,000 genes, the barley genome is almost two times larger than the human genome, and 80 percent of it is composed of highly complex repeat structures. However, recent advances in sequencing and computational technology have enabled scientists to unravel the genome of barley finally.

Professor Waugh said: “Access to the fully ordered genome sequence assembly will streamline efforts to improve barley production through breeding for varieties better able to withstand pests and disease and deal with adverse environmental conditions such as drought and heat stress.

“Armed with this information, breeders and scientists will be much better placed to deal with the challenge of effectively addressing the food security agenda under the constraints of a rapidly changing environment.

“The genome provides a better understanding of malting genes, as well as the processes of domestication, local adaptation and modern breeding that have been critical in shaping current varieties.”

Dr Matt Clark,  Head of Technology Development at Earlham Institute, added: “The barley genome is much larger than the human one, and more complex. The tools and skills we developed while working on the challenging barley genome led to this success, but they have also helped us on smaller genomes e.g. rice, and potatoes, and much larger ones such as bread wheat which is derived from the hybridisation of 3 barley-like genomes.”

Domesticated between 10,000 and 12,000 years ago in the Middle East, barley has since spread across all temperate regions to become the world’s fourth most important cereal crop, both regarding area of cultivation and in quantity of grain produced. Barley grain yields have more than doubled over the past 50 years, with studies revealing more than 90% of this improvement can be attributed to genetics.

Barley is the second most important crop in UK agriculture, and malting barley (some 30% of the total) underpins the beer and whisky sector, worth some £20 billion to the UK economy.

The IBSC was established in 2006 and includes scientists from Germany, the United Kingdom, China, Australia, Czech Republic, Denmark, Finland, Sweden, Switzerland and the United States. The genome sequence and related resources are now accessible to the scientific community and private breeding companies for genetic analyses.

The James Hutton Institute is a world-leading, multi-site scientific organisation encompassing a distinctive range of integrated strengths in land, crop, waters, environmental and socio-economic science. The Institute has a staff of nearly 550 and 125 PhD students, and takes its name from the 18th-century Scottish Enlightenment scientist, James Hutton, widely regarded as the founder of geology and agronomist.

Lettuce have it! Machine learning for cr-optimisation