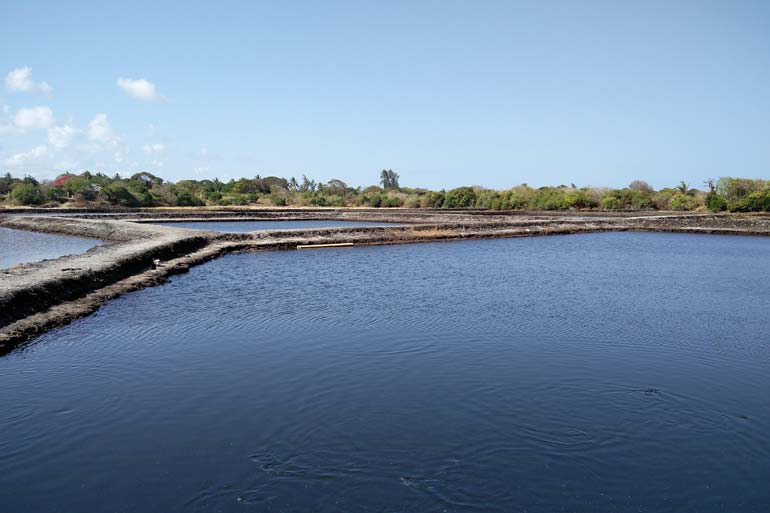 Tilapia, second only to carp as the most frequently farmed fish, live in huge numbers in the Great Lakes (Victoria, Tanganyika, Malawi/Nyasa) that cover six percent of the country. The lakes are considered a global biodiversity hotspot – one of only 25 worldwide - due to the hundreds of species of cichlid fish, including some of the 30-odd known subspecies of tilapia that are found in Tanzania.

Fish also provide nutrients in a more efficient way than other sources of animal protein because they convert more of their food into body mass. Some types, such as tilapia, are particularly attractive because they can be reared largely on vegetable matter and agricultural waste, while many of the fish species reared in the developed world have to be fed on fish meal.

At the moment, tilapia farming in Tanzania is mostly for subsistence or for small-scale markets and often uses non-native species, such as Nile tilapia. Around half of the world’s tilapia species are native to Tanzania, but 99% of commercial production is currently in China, Honduras and the US.

To develop an aquaculture strategy for Tanzania, 30 scientists representing Tanzanian stakeholders as well as international research organisations met for a three-day workshop in Zanzibar. The meeting was funded by the Swedish "Agriculture for Food Security 2030" (AgriFoSe) programme and jointly organised by University of Dar Es Salaam, Worldfish Malaysia, and the Swedish University of Agricultural Sciences. Participation of scientists from Bangor University and Earlham Institute was supported by a BBSRC award from the Global Challenge Research Fund (GCRF).

The main outcome of this workshop was a new consortium between the partners, committed to establishing a National Aquaculture Development Centre (NADC). The NADC could help triple the contribution that aquaculture makes to the economy, double the production of fish in the country by 2025 and improve access to fish as a protein source - especially for women.

Tilapia species from a broad range of ecosystems - including lakes, river systems, reservoirs and fish ponds across the country - will form the focus of the research. Genetic analysis of 31 species, including 26 that are found nowhere else on the planet, could reveal important traits for creating the country’s own commercial broodstock.

Using native species could also help secure the nation’s biodiversity. For example, it eliminates the risk of non-native strains escaping and hybridising with wild species. One species, Singida tilapia, is virtually extinct in its natural habitat since Nile tilapia and perch were introduced in the 1950s.

Lessons learned from the worldwide aquaculture industry, which in 2013 overtook beef production, will help ensure that sustainable practices are adopted from the start. Tanzania’s unique tilapia could become as valuable as the country’s gold but with more people able to experience the benefits more equally.

Yohana Budeba, Permanent Secretary,  Ministry of Agriculture, Livestock and Fisheries (MALF), United Republic of Tanzania, says: “Tanzania attained a GDP per capita of USD 1,043 by 2014 and it is considered to be at the threshold of graduating from Low to Middle Income Country (MIC) by 2025 when the GDP per capita is expected to reach USD 3,000 (nominal)(NFYDP II, 2016). To realise this, Tanzanians must work hard to achieve the development aspirations articulated in the Tanzania Development Vision 2015. The agricultural sector, which supports more that 70% of the national economy, is well placed to contribute significantly to the expected rise in the GDP per capita. The Fisheries sub-sector currently contributes 4.5% of the national GDP and this contribution is expected to rise with the development of semi-intensive and intensive aquaculture in the country. The Ministry of Agriculture Livestock and Fisheries, therefore, takes this opportunity to welcome the Zanzibar Resolution on Aquaculture Development in Tanzania and the international support to aquaculture development in the country. We hope that this support will spur aquaculture development and bring tangible benefits to the country’s economy.”

Charles Mahika, Director of the Aquaculture, Ministry of Agriculture, Livestock and Fisheries (MALF), United Republic of Tanzania, says: “We have a chance to increase our country’s share in aquaculture’s blue revolution, an industry growing faster than any other food-production sector in the world. Tilapia production could help meet the nutritional demands of our growing population in a sustainable way as well providing a surplus for export. Tapping our own rich diversity will reduce our dependence on external markets, increase food security and make the final product more appealing to Tanzanian consumers. We aim to triple the contribution of aquaculture to GDP from 1.4% to 4.2% by 2025.”

Federica Di Palma, Director of Science, Earlham Institute (EI), says: “By sharing the results of genetic analysis and helping to build expertise, we can make a real contribution to helping to grow a national industry. A Tanzanian aquaculture seed bank could also be valued by breeders worldwide, for example by offering strains adapted to harsh environments. I am grateful to our Global Research Challenge fund awarded by BBSRC, which have allowed us to contribute to this amazing effort and lay the foundations for aquaculture development in Tanzania. It has been an inspiring and humbling experience to be part of this endeavour.”

George Turner, School of Biological Sciences, Bangor University, says: “I have been studying cichlid fishes for over 30 years and their incredible speciation is not only fascinating for research and worth protecting but could also harbour valuable traits for developing an independent aquaculture industry. With Earlham Institute we are developing a phone app to help fish farmers check the authenticity of any fingerlings. It could help identify regions particularly rich in pure species, where conservation measures could be put in place. It could also flag up regions with a high number of hybrids that pose a biosecurity risk.”

John Benzie from WorldFish says: “We aim to help transform the productivity of Tanzanian aquaculture while minimising impacts on the environment. We can share best practice from around the world and help train a pool of geneticists in cutting edge breeding technologies that can be used to develop new commercially-viable strains of tilapia. For example, these technologies can be used to isolate beneficial traits such as fast growth while discarding negative traits such as susceptibility to disease.”

Dirk-Jan De Koning from the Swedish University of Agricultural Sciences (SLU), says: “The provision of healthy fingerlings (young fish) of varieties that are well adapted to local production environments is a key requirement for aquaculture in any country. To establish and maintain a brood stock to supply the industry with fingerlings requires long-term investments in infrastructure and training.

Matern Mtolera, Deputy Director of the Institute of Marine Sciences, University of Dar es Salaam, says: “Our modest success in the past decade in stimulating marine and freshwater tilapia farming include the emergence of enthusiastic small and medium aqua-enterprises that are eager than ever to farm tilapia. With the support from the UK’s Global Challenges Research Fund (GCRF) that brings with it a unique set of global expertise joining our effort, Tanzania has a unique opportunity to successfully address her aquaculture farmers’ limitations particularly on unavailability of reliable seed and lack of skills in genetic management of stock.”

Tanzanian institutes include the University of Dar es Salaam (UDSM); the Department of Aquatic Sciences and Fisheries Technology () and Institute of Marine Sciences (IMS); Sokoine University of Agriculture (SUA); the Department of Animal, Aquaculture and Range Sciences (); the Tanzania Fisheries Research Institute (TAFIRI); the Fisheries Education and Training Agency (FETA) and Dodoma University, came together at the Stakeholder’s Workshop in Tilapia Aquaculture in Tanzania to propose the establishment of a National Aquaculture Development Centre (NADC), with sub-centres in all relevant academic institutions.

The AgriFoSe2030 programme targets the UN Sustainability Development Goal 2 - "End hunger, achieve food security and improve nutrition and promote sustainable agriculture" in low-income countries. We synthesise and translate existing science into policy and practice, and develop to achieve this.

The programme contributes to sustainable intensification of agriculture, increased market access for and strengthen the role of women and youth.

The IMS stands as a pioneer, most established and the leading institution in mariculture in Tanzania, with considerable experience in assessment of genetic stocks, carrying out comparative growth trials between different stocks and species and dissemination of its research outputs (outreach). It has successfully stabilised seaweed farming in Tanzania that was introduced in , promoted innovative clusters for seaweed value addition since 2005 and has carried out finfish and mariculture studies since 1996 focusing mainly on milkfish, marine and freshwater tilapia and oyster pearls’ farming. Provides their mariculture support to thousands of fisherfolks since 2005. Aquaculture farmer’s limitations in Tanzania include unavailability of reliable seed, lack of genetic management and poor hatchery procedures thus affecting the performance of farmed species through inbreeding, genetic drift and uncontrolled hybridization, diseases, etc. The institute’s aquaculture research agenda for 2014-2023 emphasizes on (i) promoting integrated multi-trophic aquaculture (IMTA) with the view to stabilizing tilapia (inland and marine) and shellfish farming; (ii) developing high quality low cost feeds; (iii) promote selective breeding programme for tilapia and shellfish based on growth performance and robustness; and (iv) scientific foundation for evaluating and developing techniques associated with high quality seed production.