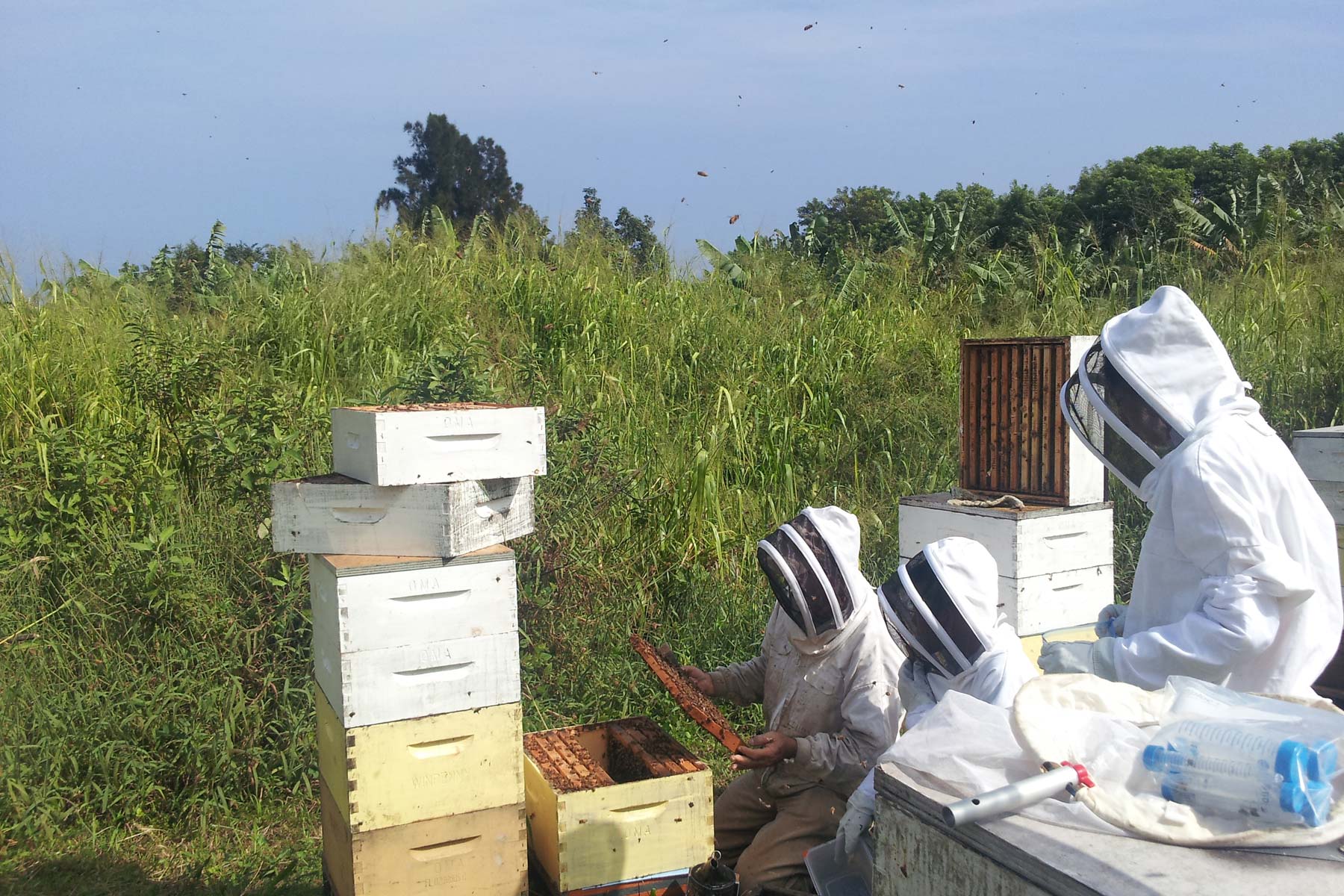 A recent study published in the Nature journal Scientific Reports highlights a newly identified virus – named Moku after the Hawaiian Island from which it was isolated – in the invasive wasp, Vespula pensylvanica. The research also warns that transmission of these kinds of viruses, especially from invasive species which can spread viruses to new locations, is a threat to pollinator health worldwide.

Particularly under threat are honey bees, which are as vital to our food systems as the crops they pollinate, and which are prone to a range of emergent diseases including Moku and Deformed wing virus (DWV).

The Moku virus was identified through a collaboration of institutes with complementary expertise.

Purnima of the Platforms & Pipelines Group at the Earlham Institute (EI) carried out the bioinformatics work of separating out host and viral genetic material, which allowed for the analysis and identification of the novel Moku virus led by Gideon Mordecai (based at the time at the Marine Biological Association (MBA), Plymouth).

“It’s brilliant that our computational biology expertise at EI could contribute to the characterisation of a new virus which can be a threat to pollinator health ” said Purnima.

It was through work at the MBA that the true uniqueness of the Moku virus revealed itself. Gideon Mordecai said, “The use of next generation gene sequencing techniques has led to a rapid increase in virus discovery, and is a powerful tool for investigating the enormous diversity of viruses out there.”

The study has highlighted the importance of monitoring invasive species for broad-range viruses as well as the potential for transmission of these pathogens. Declan Schroeder, Head of the Virus Ecology Group at the MBA explains: “The true significance of this discovery lies in the potential ramifications that a new biological invasion could cause. Could we be seeing history repeating itself?  Similar to the Spanish invasion of the Inca and Aztec empires in the sixteenth and seventeenth centuries, it was and measles viruses that inflicted the most damage on the individuals of these populous nations. Here we are seeing an invasive wasp bringing in a new virus to honey bees.”

The likelihood is that has the ability to spread throughout the endemic population of honey bees in Hawaii. Gideon Mordecai concludes that “future challenges will be assessing the biological relevance of these novel pathogens and the role they play in the ecology of their hosts.”

Read more on this study in our article: Moku virus highlights potential threat to pollinators worldwide.

The Marine Biological Association (MBA) is a professional body for marine scientists with some 1,400 members . Since 1884 the MBA has established itself as a leading marine biological research organization contributing to the work of several Nobel Laureates and over 170 Fellows of the Royal Society. In 2013, the MBA was awarded a Royal Charter in recognition of its long and eminent history and its status within the field of marine biology. The award strengthens the Association’s role in promoting marine biology as a discipline and in representing the interests of the marine biological community.