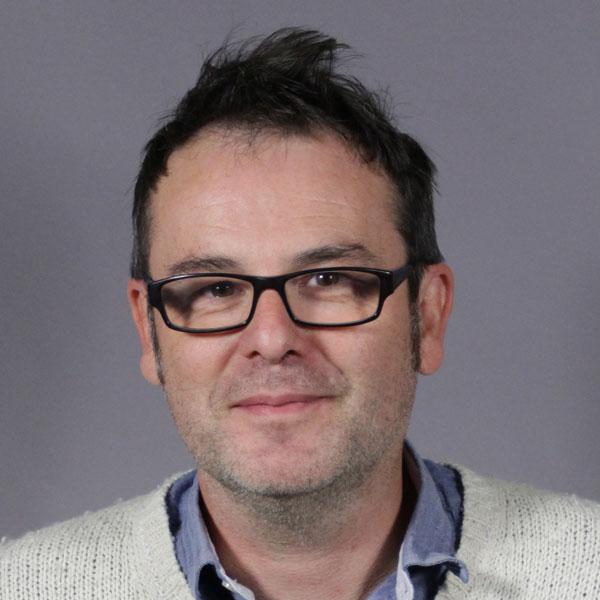 He received his PhD from the University of Leicester in 1997 from the Botany Department and has worked as an Arabidopsis molecular geneticist for 18 years, focusing on the field of plant circadian biology. He had a postdoc with Professor Andrew Millar at the University of Warwick for six years before joining the University of Liverpool as a PI in 2003. He was instrumental in the development of genetic and imaging/assaying technologies that his group now uses to dissect the circadian clock mechanism in Arabidopsis. His group's work has provided key insights into the molecular basis for temperature compensation of the Arabidopsis circadian oscillator (Gould et al. Plant Cell 2006), this has been expanded to include a first temperature compensated mathematical model of the clock, identifying an interaction between light and temperature in the control of period (Gould et al. 2012). He has also published work on the validation of a predicted three-loop feedback oscillator model in Arabidopsis (Locke et al. 2006). In collaboration with Dr Steve Penfield he published work demonstrating a role for clock genes in breaking seed dormancy (Penfield and Hall 2009) and with Maria Erikson the identification and characterisation of a new clock component using next generation sequencing to identify the mutation (Ashelford et al. 2011). He is currently lead of a BBSRC project in a collaboration with James Locke at the Sainsbury Laboratory Cambridge using an experiment and mathematical modelling approach to investigate the clock at the single cell level in a multicellular context.

AH was instrumental in setting up the GeneMill, the University of Liverpool DNA foundry and delivering pilot projects through the facility for a number of multinational and SME companies. He was lead PI on the Liverpool GeneMill (BB/M00094X/1); Co-I on a joint Edinburgh/Liverpool project “Phenotyping Platforms for Synthetic Biology” and Co-I on Next Generation DNA Synthesis (BB/M025624/1). He now plays a leadership role in the Plant and Microbial foundry.

A shared vision on protecting biodiversity to achieve sustainability and peace.
Image

A long-term UK-China partnership to share and develop state-of-the-art resources and expertise in advanced plant phenotyping, agri-tech innovation and crop research for rice and wheat.
Image

Exploring the diversity of wheat to discover how more efficient photosynthesis can increase yields in our elite wheat lines.
Publications

Elucidating the genetic basis of biomass accumulation and radiation use efficiency in spring wheat and its role in yield potential.

When we speak of food security, we often associate that with staple crops such as wheat, rice and maize. But there’s another side to the picture - one that has been largely neglected. For hundreds of millions of people, ‘orphan crops’ are a vital resource, and one that Earlham Institute’s Dr Jose De Vega and Dr Janet Higgins have been working hard to improve.
Image
October 01, 2020
Science
FEATURE | 10 min READ

How can food security be improved? That’s one of the major challenges facing science and society. To feed and nourish a rapidly expanding population, crop yields must increase in the face of the threats posed by climate change and once fertile areas of land must be reinvigorated. However we manage it, it’s vital we protect and enhance the biodiversity on which much of our agricultural system relies.
Image
12 August 2019
CSP Learning
FEATURE | 5 min READ

Integral to the international effort that brought us the bread wheat genome, decoding this complex, hexaploid crop - from sequence to assembly, annotation and even mapping the epigenome - has been at the heart of what we do at Earlham Institute.
Image
08 July 2019
CSP Science
FEATURE | 5 min READ

Plants and us - we’re not so different, especially when it comes to the daily rituals of life - and circadian clocks show we’re all creatures of habit.
Image
07 May 2019
CSP Science
FEATURE | 5 min READ

How has research at the Earlham Institute impacted on global food security over the last ten years, and what is the value to the global economy in the future?
Image
20 December 2018
Learning
FEATURE | 5 min READ

The twelve polyploids of Christmas

Ho-ho-ho! At Earlham Institute we love a polyploid organism. Why stick to sequencing and decoding boring diploids when you have access to some of the biggest supercomputing power for life science research in Europe?
News
Image