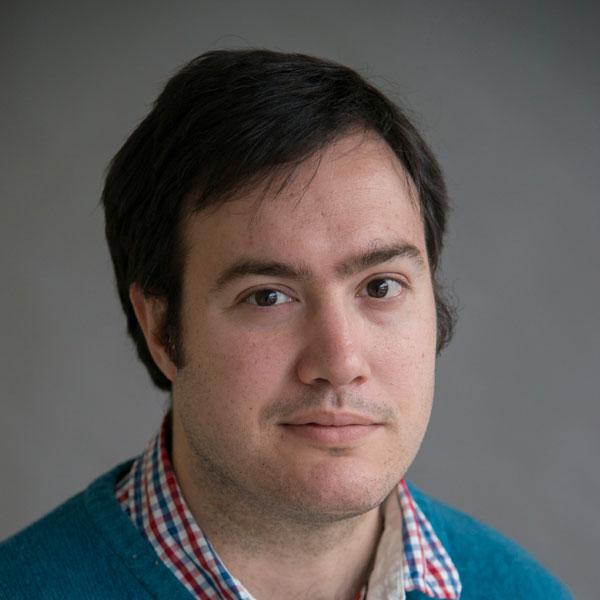 A systems engineer from Argentina, Bernardo focused his teams research on Algorithm Development and Genome Assembly for NGS data. He is a proficient C/C++/Python programmer, somewhat of a Unix hacker, and loves HPC programming and performance tuning.

Involved in the IT industry for more than 10 years he worked as an analyst, programmer and distributed Unix systems consultant for banks, airlines, and government agencies. At INTA, Argentina, he participated in the international effort towards wheat genome sequencing and assembly, among other plant genomics and transcriptomics projects.

Bernardo’s team assembled and validated complex genomes using information and kmer based metrics. They developed the WGS/Wheat Robust Assembly Pipeline (w2rap), which produced the most comprehensive and precise wheat genome assembly by a public initiative to date and led the wheat community into the pan-genomic era, and worked on synteny-based alignment and comparison tools and multi-reference genomics.

The assembly pipeline that is routinely and robustly delivering crop genomes from cost-effective short-read data.

The contigger part of our assembly pipeline, forked from DISCOVAR denovo and improved to better handle complex and repetitive genomes, with more flexible parameters and improved results representation including standard graph outputs.

The wheat reference assembly described on our Genome Research publication, produced by our w2rap open method

Genomics offers a way to understand nature’s secrets like never before. In revealing them, this branch of science highlights the multitude of ways we might nurture and benefit from, rather than destroy, biodiversity.
Image
October 22, 2021
Science
FEATURE | 10 min READ

The Earth BioGenome Project (EBP) - a global effort to sequence the genomes of all plants, animals, fungi and other microbial life on Earth - is entering a new phase as it moves from pilot projects to full-scale production genome sequencing.
Image

A worldwide consortium of scientists, led by the Earlham Institute and the University of Liverpool in the UK, mark a significant milestone in equipping researchers - particularly those in low- and middle-income countries (LMICs) - with cheap and accessible methods for sequencing large collections of bacterial pathogens - at a cost of less than $10USD per genome.