Gene editing isn’t just about medicine. The potential benefits of adopting gene editing techniques in crop research are huge and varied, for the environment, consumer health and the economy. Here are five reasons why gene editing is good for the UK.

Gene editing isn’t just about medicine. The potential benefits of adopting gene editing techniques in crop research are huge and varied, for the environment, consumer health and the economy. Here are five reasons why gene editing is good for the UK.

In recent years, neonicotinoids and other such pesticides have been widely associated with an alarming decline in global insect populations 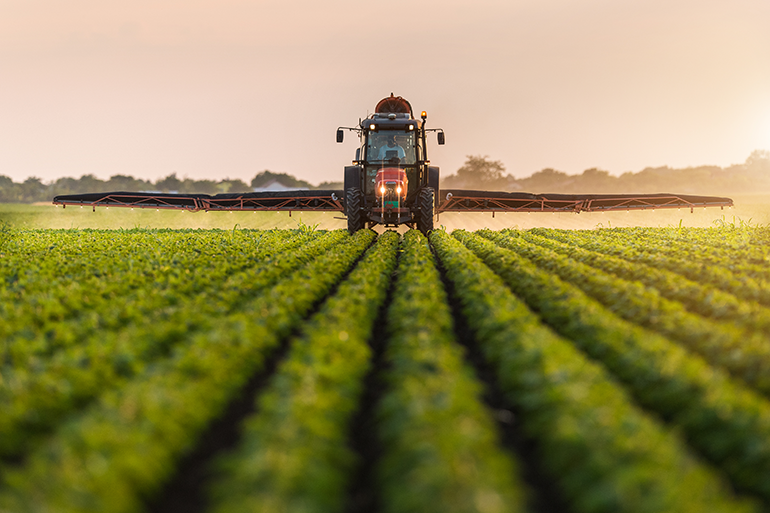 Food production in many parts of the world has improved over the last century largely due to the application of industrially manufactured agrichemicals, including fertilizers and pesticides. This widespread adoption of agrichemicals has had knock-on effects on biodiversity.

In recent years, neonicotinoids and other such pesticides have been widely associated with an alarming decline in global insect populations. In the UK, 16,900 tonnes of pesticide are used on farms each year. We need alternative solutions.

Gene edited crops could help reduce our reliance on agrichemicals. Pest-resistant crops generated by genetic modification (GM) - the precursor to gene editing - are empirically associated with reduction in pesticide applications, leading to a recovery of biodiversity.

In China, the government has backed a large scale research effort to use gene editing to make more pest- and disease-resistant crops, such as wheat plants resistant to powdery mildew. Elsewhere, scientists are using CRISPR-Cas9 - one of the tools for precision gene editing - to breed rice plants that are resistant to multiple diseases, while the technology is also being applied to control insect pests such as whitefly.

Gene editing can also disrupt the $200 billion chemical fertiliser industry, which is heavily reliant on fossil fuels, making agriculture one of the great drivers of climate change. When fertilizers leach from the soil into rivers and coasts they become starved of life through eutrophication.

Companies such as PivotBio and JoynBio want to replace industrial fertilizers with microbes that fix nitrogen more efficiently in the soil to be readily available, and usable, for cereal crops. PivotBio’s gene edited product has been shown to outperform chemical fertilisers in recent field trials. Such solutions have the power to massively reduce agriculture’s carbon footprint.

Organic farming practices are touted as a good route toward protecting biodiversity. Many organic farmers use fewer or no agrichemicals to help boost and protect crops.

The flip side to this is that organic farms, in many cases, have lower yields. This means that it takes more land to produce the same amount of food, which can actually have a worse impact on the environment.

While pesticides have been widely detrimental to wildlife, so has the large scale reduction in the number of meadows, woodlands and other habitats.

Britain’s meadows occupy a mere 3% of their pre-industrial range, while ancient woodland is restricted to patches and strips on land that can neither be built on nor farmed. It is surely better to be able to produce more food from a smaller area of land, so that biodiversity has more space to thrive. Gene editing offers us this possibility.

Between 1996 and 2016, for example, the use of genetically modified crops – a precursor to gene edited crops - saved 174 million hectares of land from cultivation. Pesticide use was reduced by 583.5 million kilograms in the process. Yields, meanwhile, increased by 72%.

Corteva recently showed their gene edited maize could produce 5.5 more bushels of corn per acre. In proof-of-concept studies, the application of CRISPR gene-editing tools to yield-associated genes in rice, maize and tomatoes have all been able to increase yields.

It is likely that gene edited crops will make farms more profitable, as less money is spent on agrichemicals and more food can be produced from a smaller area.

A meta-analysis of 147 studies in 2014 found that farmers in both developed and developing countries yield more and spend less, making more profits using GM seeds. That same year, another report suggested that the average increase in profit per hectare associated with GM seeds was $117.

Though similar large scale analyses of gene edited crops are a few years down the line, considering that it is the natural progression from GM technology it is likely that a similar picture will emerge.

Gene edited foods are already on the market, many aiming to offer healthier products that don’t lose out on flavour 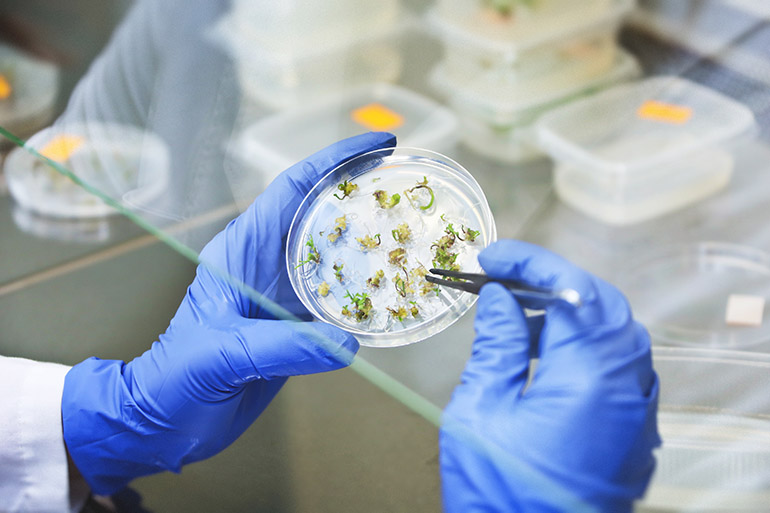 The UK is well positioned to quickly become a leader in this industry, too. There is immense expertise in plant science at institutes such as the Earlham Institute, the John Innes Centre and The Sainsbury Laboratory on Norwich Research Park.

Economically, the UK is missing out. The USA, Australia, Canada and Brazil are among the leading economies reaping the rewards of a multi-billion-dollar global industry, which is only set to expand in the coming years. The burgeoning synthetic biology sector has raised well over $12 billion in funding over the last decade - more than doubling its value between 2017 and 2018.

The UK is well positioned to quickly become a leader in this industry, too. There is immense expertise in plant science at institutes such as the Earlham Institute, the John Innes Centre and The Sainsbury Laboratory on Norwich Research Park, as well as many others nationwide - from Rothamsted Research in Harpenden to the James Hutton Institute in Dundee. Tropic Biosciences is a rapidly growing gene editing company also based on the Norwich Research Park.

The global population is increasingly aware of a need to develop sustainably, with consumers demanding more environmentally beneficial products in ever greater numbers. The time to reap the benefits of this drive towards green manufacture - which offers a lucrative route to achieving carbon neutrality - is now. 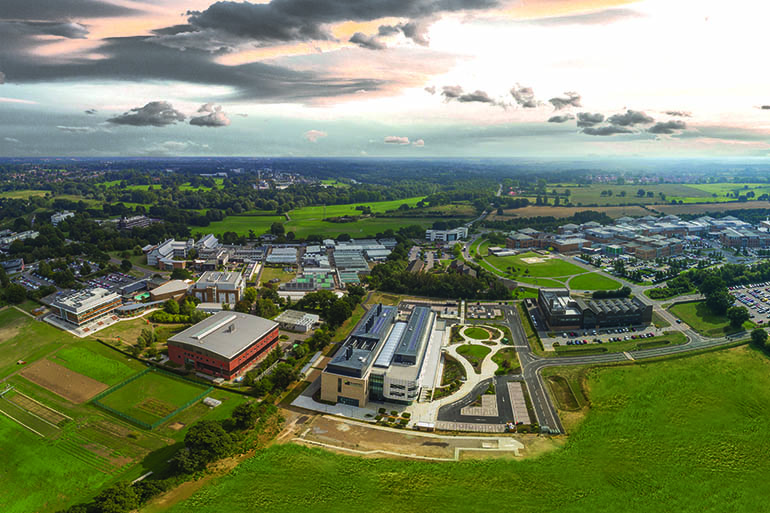 Gene edited foods are already on the market, many aiming to offer healthier products that don’t lose out on flavour.

Last year the first gene edited product was served in the USA - a soybean oil altered to mimic the healthier benefits of olive oil. Elsewhere, Calyxt is making wheat that accumulates fewer potential carcinogens and legumes with improved flavour and protein profiles.

Linking back to sustainability, some companies are also using gene editing to convert waste agricultural material to natural sweeteners such as xylitol.

There are also numerous companies using gene editing to make tastier natural sweeteners. Added sugar is one of the biggest drivers of a global metabolic health crisis, leading to obesity, type 2 diabetes, cardiovascular disease and perhaps even dementia.

Awareness of the issue is gathering momentum but added sugars remain a significant health challenge. Natural sweeteners can help reduce the global disease burden, and millions of avoidable deaths, associated with them.

There is a trend from consumers towards more ‘natural’ food products, which do not contain artificially produced additives. These additives are all currently used within safe limits and the vast majority have been repeatedly shown not to harm human health - most prolong shelf life and prevent harmful microbes from growing - but there is a perception that these are unhealthy.

If removed, it’s important they are replaced with effective alternatives that pass the ‘natural’ test - not to use them would potentially undermine consumer confidence.

One company, Protera, is using gene editing to make longer-lasting bread that delays the growth of mould for up to 30 days. Importantly, it does this without the input of calcium propionate, which is a naturally occurring compound but is produced artificially from petrochemical products for its applications in food.

The global population is increasingly aware of a need to develop sustainably, with consumers demanding more environmentally beneficial products in ever greater numbers. The time to reap the benefits of this drive towards green manufacture - which offers a lucrative route to achieving carbon neutrality - is now.

As a member of the European Union, the UK has been subject to legislation that prevents the cultivation of gene edited crops.

There are a number of EU directives and regulations that seek to prevent genetically modified organisms from being grown within the EU and used in food production, which means the EU misses out on a global market worth over 17 billion dollars (value of biotech crop seeds, ISAAA Brief 2017).

The inclusion of gene edited organisms in the remit of this legal framework has been a point of contention for many years.

In 2018 the European Court of Justice pronounced that new precision breeding techniques, such as genome editing, do indeed constitute genetic modification in the legal sense of the term. Therefore, they are subject to the same legal restrictions as genetically modified organisms.

The Court ruling surprisingly went against the advice of the Court’s own Advocate General and prompted the World Trade Organisation to publish a statement condemning the ruling.

The statement cautioned against regulatory asymmetries, which can cause potential trade disruption, and advocated that global environmental challenges, pest and disease pressures, food insecurity and changes in consumer preferences (among other factors) have made the use and fostering of tools such as precision biotechnology vital for increasing the production of safe food.

Countries that promoted the WTO statement included Australia, Brazil, Canada,, the United States, Colombia and Argentina. With its departure from the European Union, the UK is no longer subject to the EU’s legal restrictions on gene editing, but it will have to form new trade agreements to sell its agricultural products on the global market.

During the passage of the Agriculture Bill in Parliament earlier this year, a widely-supported amendment was debated that would have allowed scientists, farmers and breeders access to novel gene editing technologies. The amendment would have brought England in line with the approach taken by most other countries outside the EU that have developed regulatory arrangements in this area, many of which are compatible with the internationally recognised Cartagena Protocol.

The amendment was well-received by Ministers but, rather than accepting it, the Government pledged to conduct a public consultation on the issue, with indications that new enabling regulations could be introduced within the next couple of years.

Better barley is on the way: crop genome unravelled