Gene editing could allow incredible crop improvements, with the potential to reduce the harmful impact of agrochemicals on biodiversity while boosting yield. However, the recent European Court of Justice ruling that gene editing be regarded the same as GM poses a huge barrier to farmers and hamstrings European science.

Gene editing presents the next important wave in crop improvement, with the potential to reduce the harmful impact of agrochemicals on biodiversity while boosting the sustainability, yield and profitability of farms. The European Court of Justice (ECJ) ruling that gene edited crops be regarded in the same regulatory light as GM poses an economic barrier to farmers in the EU and hamstrings European science. The decisions made around gene editing technologies will be crucial in determining whether UK science and farming can maintain a global competitive advantage.

(This article was originally written for and published in Laboratory News magazine, as "An edit for good?")

The history of civilisation is inextricably linked to the history of agriculture: namely, crop improvement. Through the slow, continuous selection of better traits, the earliest civilisations managed to domesticate crops that were later adapted to new environments around the world. The continual process of breeding provided ever-more abundant yields.

Though relatively static for the vast proportion of human history, advances in technology, medicine and sanitation during the Industrial Revolution led to a population explosion that is still ongoing in many developing countries worldwide.

Meanwhile, a greater understanding of crops and how they can be improved, aligned with technological advances and mechanisation, along with the adoption of industrially manufactured fertilisers and pesticides, has allowed yields to keep pace with this population increase. This was most notable in the Green Revolution that significantly increased agricultural production in the 1960s.

However, the wide-scale use of agrochemicals has seen insect populations decimated. Biodiversity loss due to agricultural encroachment and environmental damage is rife. Climate change is also ushering in novel, emergent threats to our fields in the form of pests and diseases. Yet, while the population continues to rise in some world regions, crop yields have fallen behind, wavered or plateaued. To feed the population and preserve and restore the environment, there is an urgent need to rapidly produce more from less, ecologically, sociologically and economically.

With gene editing, there is a fantastic potential to rapidly bring useful traits into high-yielding or locally-adapted crop varieties, without introducing any new DNA. However, the recent ECJ ruling that defines how gene edited crops are to be regulated in Europe - that they must face the same regulatory regulations as transgenic GM crops - poses a barrier to their application. In contrast, many other major world jurisdictions have ruled that gene edited crops are not subject to the same regulatory processes as transgenics (genetically modified organisms that contain foreign DNA).

The wider scientific community argues that: 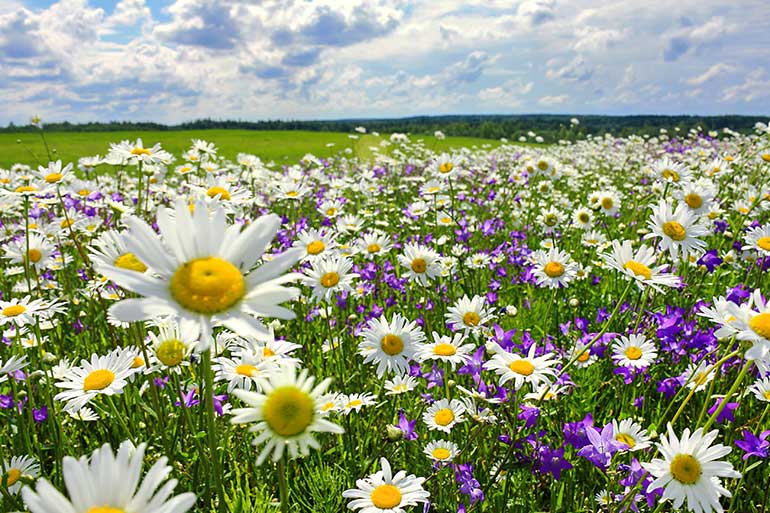 In a changing climate and with an ever increasing population, it is paramount that we are able to continue to improve crops to withstand disease and pests, cope with adverse conditions and yield more from fewer inputs.

The domestication of crops provided enhancement of many positive traits at the expense of others and created a subsequent genetic bottleneck. At the genetic level, therefore, crops are in much need of introduced variation for continued trait improvement. The process of breeding is slow, as many unwanted traits are introduced along with the beneficial, often impacting yield, often known as negative linkage drag.

A popular method of introducing variation into crops, adopted in the mid twentieth century, was chemical or X-ray induced mutagenesis: improving traits through mutation of the genetic material of crops. However, these crops require many years of development, mainly because with any desirable mutation come hundreds of other, less desirable changes. Thousands of crop varieties have been bred in this way and are not subject to any regulatory processes. Indeed, one such crop has even won awards as an organic ale in recent years.

Later in the twentieth century, scientists learned how to introduce specific genes (sometimes from different species) with desirable qualities into crops, such as those for pest resistance or tolerance to herbicides, using technologies that allow the insertion of new DNA into a plant from the same or different species - creating transgenic organisms. This technology enabled the rapid introduction of novel traits. Famous examples are Bt corn and cotton, now grown by millions of farmers internationally, and golden rice.

Despite this, in the EU it has proved very difficult to clear the commercial growth of crops modified using transgenes. However, many more approvals have been granted for the import of products of GM crops grown outside of the EU.

Genome editing technologies allow us to make just a few changes in DNA at a very specific sequence: the end product may be indistinguishable from one made using older unregulated technologies like chemical mutagenesis. It’s more like a little bit of genetic rewriting than cutting and pasting from other organisms.These techniques are site specific and targetable, which marks a step-change in how we approach crop improvement.

We are, increasingly, able to identify novel forms of variation in the wild relatives of our crop plants and, with a small but precise change to the DNA code at a specific site, we can efficiently introduce that variation into our elite lines of wheat, maize, or rice. We could rapidly equip our crops to withstand emergent pests and diseases; there are already a large number of projects underway that harness gene editing technologies to equip plants with in-built resistance to diseases, reducing the need for applications of, for example, fungicides.

Yet, the insertion of new DNA and the editing of even a single letter of existing DNA have been regarded by the ECJ as equivalent, in regulatory terms, posing significant barriers to progress in several areas.

This isn't quite how gene editing works, but you get the idea. 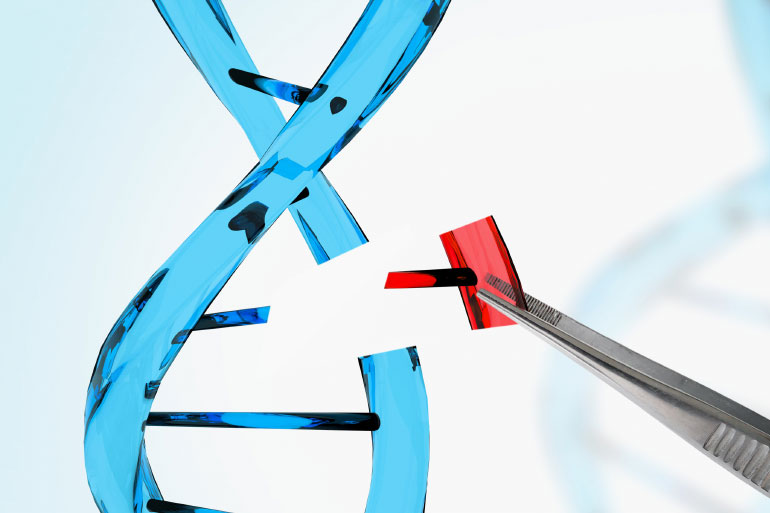 At the ecological level, pesticide use has been argued to be responsible for a huge decline in insect biodiversity causing widespread concern particularly in Europe, where neonicotinoids have been hot on the press in recent years.

Agricultural improvements have been beneficial concomitantly with the use of chemical fertilisers and pesticides. While some organic farming practices may use fewer harmful chemicals, the increased land area required to produce the same amount of food means less area for biodiversity to thrive. It has been argued that increasing intensity on a smaller amount of land and restoring less productive land to forests, meadows and wetlands, for example, would provide greater ecological and sociological benefits.

The amount of land saved from cultivation due to the increase in productivity associated with GM between 1996 and 2016 was 174 million hectares - almost the same area of land on which GM crops are cultivated worldwide today - while there was a reduction in pesticide usage of 583.5 million kilograms. Yields, incidentally, increased by 72% over the same period of time.

While elsewhere 18 million farmers grow GM crops on 185 million hectares of land, with demonstrable improvements to the livelihoods of farmers and reduced environmental impact, those in the EU are prevented from using these technologies.

The application of new breeding technologies such as genome editing provides us with the opportunity to reduce the impact of agriculture on the environment.

The EU is already missing out on a global market worth over 17 billion dollars (value of biotech crop seeds, ISAAA Brief 2017), while simultaneously allowing the products of this market to be purchased and imported as animal feed. At the dawn of the millenium, global seed companies withdrew their operations from Europe in the wake of the EU moratorium on GM. The recent ruling on gene edited crops can only serve to force more expertise and business out of a region where it could otherwise thrive.

For farmers, especially, this is disadvantageous. They are stuck using the technologies of the past in a world that is racing ahead. Between 1996 and 2015, GM technologies reduced the production costs on farms by 28% (from a cumulative, global perspective), due to less ploughing, less spraying of chemicals and less labour.

Countries around the world including the US, Canada, Brazil and Australia have agreed that the products of the targeted mutagenesis enabled by genome editing tools do not require the regulatory process of transgenic GM and are now using these technologies to develop products.

The fact is, the ECJ’s position on gene edited crops puts Europe at a significant competitive disadvantage, scientifically and economically. The work of EU scientists is suddenly far less likely to ever have an impact on our own agricultural systems. While scientists and companies in the US, Canada, Brazil and Australia are adopting these new technologies and increasing the sustainability and profitability of agriculture, producing higher yields at low costs per hectare, progress in Europe will stagnate.

Last autumn, several countries issued a statement via the WTO advocating for a functional, risk-based regulatory approaches that encourages innovation. They warned that, without international alignment, differing regulatory oversights will impose barriers to global trade.

The introduction to the statement reads: “Agricultural innovation has played an essential role in increasing yields and productivity in support of growing, prosperous civilizations. Innovations in precision biotechnology, such as gene editing, have brought the promise of major improvements in terms of the ease and precision of introducing desirable traits into agricultural organisms, as compared to other breeding methods. Farmers continually need to broaden access to new tools to improve productivity, plant and animal health, and environmental sustainability, and need to help address global challenges such as climate change, pest and disease pressures, and the safety and security of worldwide food supplies, as well as meet consumer preferences and demands for healthier, higher quality foods at affordable prices. Government policies must continue to foster innovation, including in the public sector and by small and medium-sized enterprises (SMEs), and mitigate unintended, unnecessary barriers to the entry of agricultural products.”

It will be difficult or impossible to develop tests to distinguish plants with mutations made using an older technology or made using genome editing technologies. This fact, in itself, renders the ECJ ruling confusing, to say the least.

Imagine if, in the early twentieth century, we had foregone the use of tractors. It’s a laughable thought, but one that the EU is entertaining in its stance on gene edited crops.

Imagine if, in the early twentieth century, we had foregone the use of tractors. It’s a laughable thought, but one that the EU is entertaining in its stance on gene edited crops.

Technologies such as gene editing mark the future, while the ECJ’s ruling leaves Europe lagging in the past. If we are serious about reducing the negative environmental impacts of agriculture, while improving the livelihoods of farmers and staying at the cusp of business and science, then permitting the growth of gene edited crops is a hugely beneficial step forward. 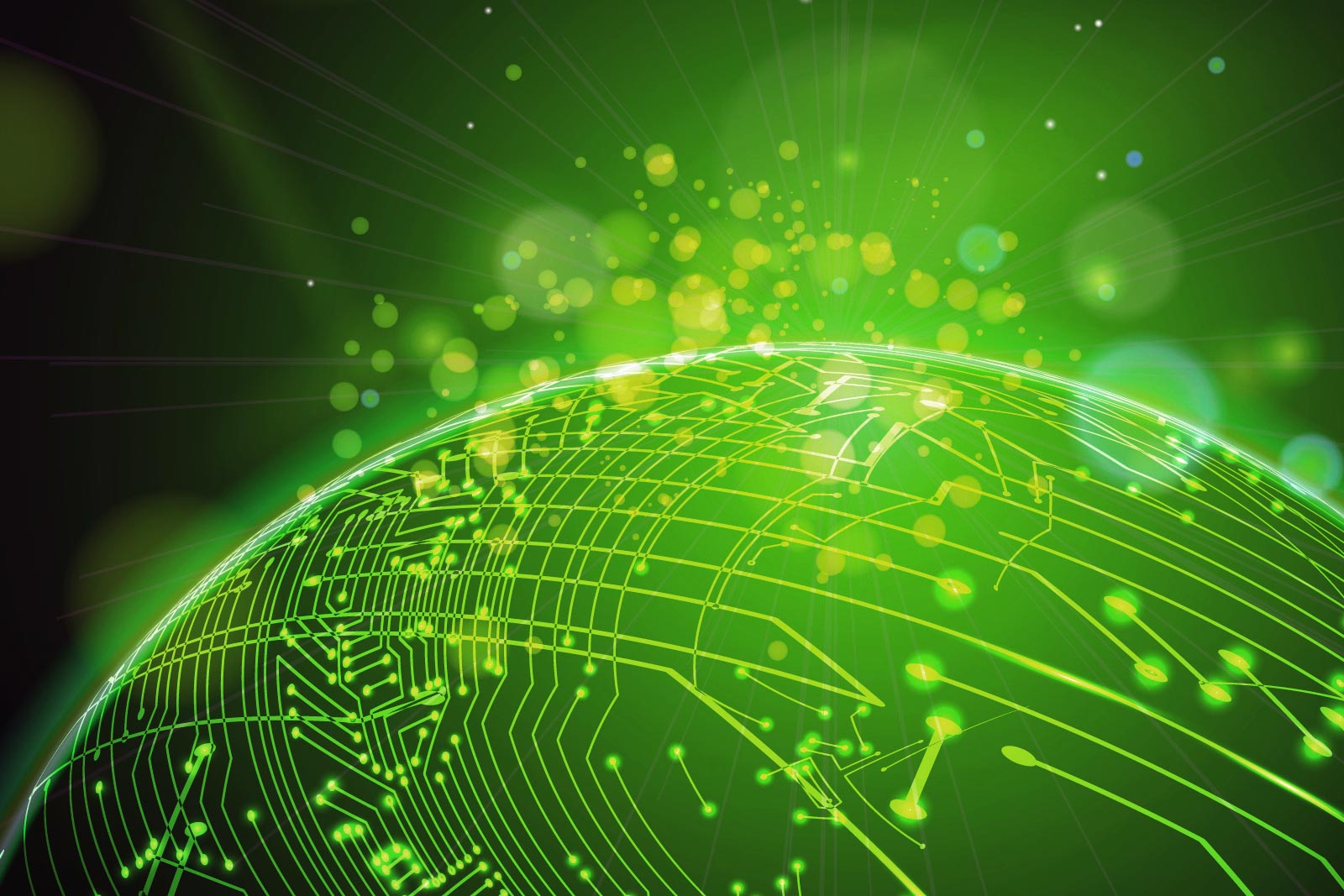