We find out the story behind the study Project SUSPHIRE - a SynBio method that aims to produce the first bio manufactured pheromone pesticide.

We find out the story behind the study with Dr Nicola Patron at EI who is part of Project SUSPHIRE - a SynBio method that aims to produce the first bio manufactured pheromone pesticide. The new plant-based compound will help deter crop pests as a safe, cost-effective, sustainable alternative to harmful pesticides that come at a high price for the agri sector and our environment.

The European team of scientists will use synthetic biology to produce insect sex pheromones in plants and fungi to control insect pests that affect agriculture and horticulture, building on the success of the award-winning iGEM "SexyPlant (SXP)" project, which engineered the production of moth sex-pheromones in plant cells.

Pheromones are already used for pest control through ‘attract and kill’ or mating disruption strategies, but new methods of making these complex molecules are needed. Insect sex pheromones are used to trigger sexual confusion in the target species and prevent them from laying eggs in the crop - a sustainable alternative to conventional, evermore controversial chemical-based pesticides.

The alternative, eco-friendly pheromones can be purified from the plants and used in dispensers. In the future, it may be possible to grow the pheromone-producing plants alongside the crops for wider, more efficient pest control.

How did the research come to fruition? What was the motivation behind Project SUSPHIRE?

Herbivorous insects are responsible for destroying up to 20% of the world’s total crop production every year. Currently, pesticides are one of the primary methods of control, but many insecticides are non-specific and affect pollinators and beneficial species as well as pests, particularly when applied as an aerial spray.

Pheromones are already successfully employed in the control of insect species - have you ever used those sticky yellow strip traps for hanging in the pantry to catch flies and moths? However, many pheromone-based pesticides are difficult to make using current chemical manufacturing costly processes. For most insect species, we don’t know how they make their specific pheromone - in that, we don’t know which insect genes are responsible for making them.

The aim of SUSPHIRE is to identify the insect genes responsible for producing pheromones and then to use those genes to programme plant or fungal cells to make exactly the same pheromone molecules. Therefore, we are using plants as biological manufacturing platforms - something like a light-powered factory. This will enable us to produce the pheromones at low cost and with much less environmental impact. Within the project, we will also do a lot of work on improving the yield, aiming to make production as cheap as possible.

Black ants communicating with each other using antennae and chemical pheromones.

Can you tell us how the new plant-made pheromone will work?

For some pheromones, we expect this to be much cheaper and also to avoid the production of chemical waste. In this project, we will also try to produce pheromones in fungi because some fungi are already used in industry to produce valuable compounds.

What impact will this research have on the agriculture sector, and the consumer?

We hope that our project will reduce the cost of pheromones and increase the number of insects that can be controlled with pheromones. Keeping production costs lower can help to keep market prices lower. Because pheromones are specific to just the target species, they are much more environmentally-friendly than pesticides, which often kill many different species.

Pheromones are also not applied directly to the crops; instead small dispensers are hung around the crops as only tiny amounts in the air are enough to discourage the insects. We hope that a transition to pheromones will reduce the residues of pesticides on crops.

Is Project SUSPHIRE the first time an engineering biology approach has been used to tackle crop pests?

No, since the 1990s, plants have been engineered to produce insecticides - chemicals that kill insects when consumed. At the moment, these pest-resistant crops are grown commercially on about 23 million hectares of land across 26 countries worldwide. These crops have been responsible for reducing the number of spray applications of pesticides, which is good for maintaining biodiversity, but SUSPHIRE is different in two important ways.

Firstly, we are not engineering the crop plant, instead, we are using plants in the lab as a factory to make the insect pheromones, which will be purified and used just the same as if they had been made by a chemist. Secondly, the pheromones we are aiming to make will not be pesticides that kill the insects but, instead, will confuse the insects and prevent them from finding a mate so that they don’t lay eggs in the crops that hatch into the hungry larvae.

Sustainable Bioproduction of Pheromones for Insect Pest Control in Agriculture

Is this the leading research for finding a sustainable eco-option for pesticide-use?

Increasing the use of pheromones is likely to be just one of several approaches used in an ‘Integrated Pest Management’ strategy. Integrated Pest Management is a combination of practices that aim to reduce the amount of pesticides used in agriculture. As well as pheromones, it might include the use of biological control strategies (introducing predators to eat insect pests) and using barriers to prevent insects from reaching the crops.

With the ongoing large cost of pesticides for the economy and the environment, how urgent is it to find a new solution to ensure global crop health?

In recent years we have seen regulations for the introduction of new pesticides tighten, as well as commonly used pesticides being banned because of reported effects on honey bees and other beneficial insects and pollinators. While reducing applications of pesticides might result in a recovery of insect populations (and, consequently, animals in the ecosystems reliant on insects), food producers still need robust methods to control the insect species that damage crops, spread diseases and reduce yield. Growers have responded to some banned chemicals saying that there are “no sustainable alternatives” and that their removal from the market will hurt yields. In addition, changes in climate mean that some insect pests are increasing in range and are becoming much more of a problem in new areas. It’s critical that we find new and sustainable ways to control pests of food crops.

What are the next steps for the biosynthesis research?

We already know that we can make some of the molecules; the pheromones, in plants. We now need to increase the yield and the purity. We also need to work on discovering the genes responsible for making pheromones from a wider range of insect species. 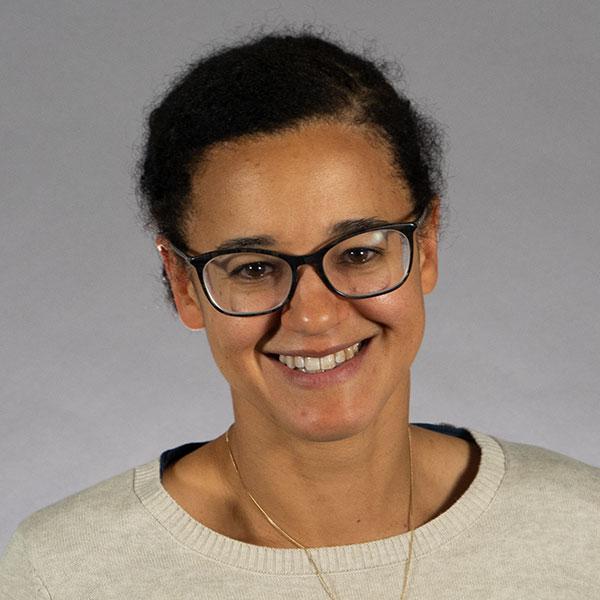 EI and a consortium of European scientists have received over 1.6m euros from ERACoBiotech to combat aggressive crop pests using insect pheromones.
Image

The Genome Analysis Centre (TGAC) will be changing its name to the “Earlham Institute” on 27 June 2016.
Image

The genome of Medicago, a close relative of alfalfa and a long-established model for the study of legume biology, has been sequenced by an international team of scientists.