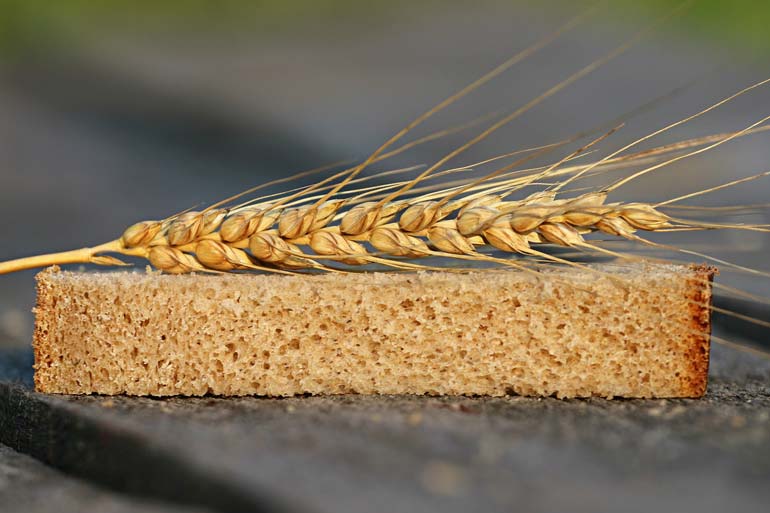 Entering a ‘wheat pan-genomics’ era from single to multiple wheat DNA references, the Earlham Institute (EI) aims to diversify one of the world’s most complex genomes to improve yield quality and increase wider production of this critical food crop.

Bread wheat (Triticum aestivum L.) is the UK's most economically important crop and the world's most widely cultivated cereal. Wheat production is vital in both emerging and growing economies. Therefore, understanding the genomics of wheat is essential to sustain increased yields for the growing global population, while protecting the crop from common disease epidemics and adaptation to extreme climate change conditions.

The wheat genome has been an enigma to scientists due to its exceptionally large and complex genome. Previously leading a first complete analysis of the bread wheat genome with other BBSRC-funded institutes, EI now leveraged their genomics advances to work with both industry and research partners to enable the production of a better and more sustainable crop to aid global food security.

From the most sourced plant data reference1 released in November 2015, EI developed a new method that is influencing industry and academia to further advance the field of wheat genomics into a multi-reference era. Unveiling new genome assemblies for five further wheat varieties presented publicly at PAG, the largest plant and animal genomics global conference, in San Diego, 14 January 2017.

Now, the industry-academia partnership has resulted in a further four varieties being commissioned. A relationship that gives the industry access to unprecedented genome analysis power, while supporting the development of EI’s wheat genomics methods.

W2rap is a bioinformatics pipeline that can decipher complex genomes and produce robust assemblies to guide precision breeding. This genome assembly method will be applied to EI’s further wheat analysis, using tailored data generation based on work of the Institute’s Platforms and Pipelines Group at EI.

The unique tool will not only be able to assemble the wheat varieties sequence data but allow wheat genomes to be produced effectively, robustly and efficiently with next-generation sequencing technologies.

In parallel to this, a £2m grant funded by BBSRC to EI in collaboration with the John Innes Centre (JIC) and NIAB, led by Dr Matt Clark, will aim to understand the genetic makeup of 14 different varieties of wheat cultivars important for global agriculture and analyse this data to help map the genetic variation in the crop. This project includes the further sequencing and assembly of eight more wheat lines with the w2rap and will build wheat genetic resources for the purpose of crop breeding, preservation, and research.

Prof Neil Hall, Director of EI, said: “These new projects are extremely timely as technical advances we have made in assembly and analysis of the wheat genome have overcome the hurdles in complexity and now enable us to approach wheat genetics in a whole new way. Now we should see the rapid advances in breeding programs that have previously been possible in other crops.”

Fred Van Ex, Head of the Genomics group at Bayer Crop Science, said: “More than two billion people worldwide rely on wheat as a staple food.  In order to meet demands of the growing world population, Bayer is dedicated to high-yielding wheat plants that are able to withstand increasing environmental stresses and provide high-quality end products. Additional wheat genome sequences will allow us to accelerate the identification of genes underlying yield and resistance to biotic and abiotic stress. We are, therefore, very excited to work with EI as the wheat genome sequences generated by the w2rap pipeline will enable us to develop markers for breeding and isolate genes to support the development of improved wheat varieties that meet the farmers and society needs.”

Bernardo Clavijo, Bioinformatics Algorithms Project Leader, said: “w2rap will be of great value for public wheat initiatives; helping us to advance into wheat pan-genomics and from a completely open and transparent public-research focus. From a breeder’s perspective, this is also a tool that allows them to peek inside their germplasm with unprecedented detail and robustness - allowing cross-analysis with our high-quality public wheat reference. We are thrilled to be working with Bayer Crop Sciences; making the impact of powerful whole-genome sequencing and assembly approaches a reality.

“In terms of global food security, the gains are twofold. The immediate incorporation of new technology into the breeding programme allows breeders to produce better varieties faster and cheaper. As well as the methods we develop enabling a fast transition from a to a many-genomes scenario that will effectively start to tap in the enormous variation of the world’s wheat genomic resources.”

Grant lead Dr Matt Clark, Head of Technology Development at EI, said: “These new wheat genomes sequences have the potential to radically alter both wheat breeding and crop improvement. Facilitating new areas of research in understanding the contributions of genetic variation and gene function to the crop’s many different traits.

“Working within an international strategic framework, the project will maximise the benefit to UK research and industry wheat breeding practices. Delivering world-class knowledge, resources and training to help maintain the UK's global position in wheat genomics and contributing to the priority of global food security.”

1) Ensembl Plants – the genome annotation system is developed jointly by the EBI and the Wellcome Trust Sanger Institute, which is used for the annotation, analysis and display of genomes, including plants and vertebrates.