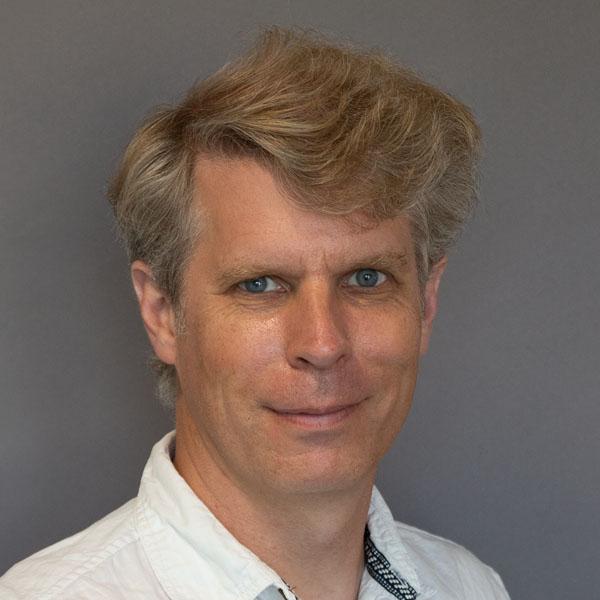 Conrad is a genome biologist interested in how DNA replication impacts on genome evolution and stability. His group’s research is focused on combining cutting-edge genomic technologies with systems-level mathematical models and synthetic genomes to identify the mechanisms regulating DNA replication.

Conrad obtained his PhD in biochemistry (University of Cambridge) for work that included whole genome analysis of the genes controlling animal cell division. In post-doctoral research at the Universities of Dundee and Aberdeen, he used comparative genomics to identify DNA replication initiation sites. Conrad was awarded a Leverhulme Trust fellowship in 2006 and a BBSRC David Phillips Fellowship in 2008, which allowed him to establish his own research group, first at the University of Nottingham and subsequently at the University of Oxford. Conrad joined EI in 2020.

Conrad’s research group have pioneered genomic, computational and systems biology approaches to quantitatively measure how genomes replicate – both in populations of cells and on single molecules. This research has driven fundamental discoveries about how genomes replicate in bacteria, archaea and eukaryotes. Highlights include: the first single molecule sequencing method for the study of genome replication; the discovery that at least one organism does not require replication origins for rapid growth; mechanisms that ensure stable chromosome inheritance; and how synthetic chromosomes can be designed to ensure stable replication.

Design, Construction, and Functional Characterization of a tRNA Neochromosome in Yeast

The Earlham Institute is delighted to announce the appointment of Professor Conrad Nieduszynski as its newest Group Leader.
Image

The Earlham Institute (EI) builds upon their National Capability in Genomics by adding a state-of-the-art DNA Foundry for Synthetic Biology to their world-leading advanced suite of sequencing technologies.
Image

The Global Alliance of Biofoundries (GBA) brings together 16 institutions from countries including the UK, US, Japan, Singapore, China, Australia, Denmark and Canada.
Image

UK Research and Innovation has awarded £6.3 million of new funding to support the development of BioFAIR, a collaborative virtual infrastructure that will support the sharing and management of life science data.