How are single cell genomics technologies allowing us to explore the human mosaic in unprecedented detail?

Over your lifetime you have expanded from a single cell into a coordinated mosaic of over 30,000,000,000,000 cells – one hundred times the number of stars in the Milky Way. How are new genomics technologies allowing us to explore this extraordinary mosaic in unprecedented detail?

Your cells – like tiles in a mosaic – are diverse in size, shape, function and identity, but work collectively to sustain and maintain life.

During development the human body expands from a single cell into an unimaginably complex and coordinated assembly of over 30,000,000,000,000 cells – 100 times the number of stars in the Milky Way. Over 50 billion of these cells are replaced every day, such that over the course of an 80-year human lifetime, over 1 quadrillion (a million billion) cells may be generated from the initial zygote that results from the fertilisation of an egg cell by a sperm cell.

With each of the cell divisions required to generate these numbers, the genome is replicated, and with replication, there can be errors. Think of the genome in the zygote as an original document which is photocopied with the first cell division, then copies of this copy are made and copied again until trillions of copies are made.

Over time, differences between the original document and its progeny will accumulate, and in some cases the quality of the information contained in the document will be diminished - a word might get blurred beyond recognition, or a phrase may fade until redacted. A smudge made during the first or second copy will show up in the vast majority of subsequent copies, errors made later will show up in just a small percentage of copies.

Scientists are still figuring out the rate at which these errors occur in the 3.2 billion DNA bases in the human genome; estimates range from a few to several hundred mutated bases arising per cell division. This is the baseline, without external factors - such as smoking or exposure to other carcinogens – playing a part.

The genome in the zygote is copied with the first cell division, then copies are made from these copies, then again and again, but each time the cell is copied there is a chance for mutation of the genome, ranging from a few to several hundred mutated bases arising per cell division

While the chance of mutation per cell division might be very low under normal circumstances, taking the number of cell divisions required to “make” a human into account suggests over 1 x 1016 mutation events could happen during a normal human lifespan if only 2 mutations are acquired per cell division. Those which occur during cell divisions early in development (an estimated 300, according to studies of monozygotic twins) will be prevalent in all tissues throughout the body. Others will be confined to specific tissues, or even sub-regions of specific tissues. Many will be unique to individual cells, or very small numbers of cells.

With normal development, the body becomes a mosaic of subtly different genomes.

Most of these mutations will have no effect on the running of the genome, which has a significant capacity to absorb mutations; many will fall in regions with no function and those falling in genes may have no, or only minor effects on cellular function. The vast majority of cells which have acquired mutations will simply die as part of daily turnover before the mutation can become a fixed part of the organism.

However, some of these acquired mutations have severe consequences. The extreme – but sadly most familiar – manifestation of these acquired genomic mutations is in cancer. Here, a single renegade cell acquires mutations conferring a replicative advantage, allowing it – and its progeny – to divide and mutate faster at the expense of the needs of its neighbouring cells, and ultimately, the whole organism.

New genomics techniques – collectively termed single cell genomics – are enabling researchers to dissect this heterogeneity, one cell at a time. Previously, genome sequencing has been performed on DNA from large samples, containing mixtures of millions, even billions of cells all blended together. In such an experiment, the cell-to-cell genomic variation is completely lost, and only an ‘average’ genome is observed.

With single cell genomics, it is possible to sequence the DNA of individual cells, and in doing so, capture the genomic variation within the organism. The implications of this technology, in terms of understanding how the genome changes over the human lifespan – and during the origins and evolution of cancer, are profound.

You can hear EI's Technical Development Group Leader, Dr Iain Macaulay, explore ‘the human mosaic’ in detail at the Norwich Science Festival, where he’ll be taking to the stage on Wednesday 23 October.

Single cell genomics techniques mean it is now possible to sequence the DNA of individual cells, and in doing so, capture the changes within the genome over a lifespan to provide better understanding of the origins and evolution of cancer cells, for example.
Image 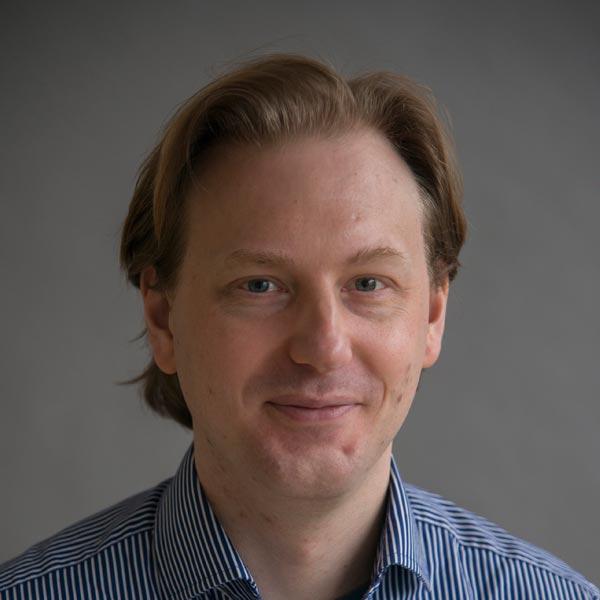 The new genomics weapon in the armoury of biologists is ready for action - to seek out the true complexity and diversity of living things. Following his talk at the 'Festival of Genomics' in Boston, Dr Iain Macaulay explains why single-cell genomics is making life scientists stand to attention.
Image
21 August 2019
CSP Learning
FEATURE | 5 min READ

When it comes to genomes, no matter the size; the more we look, the more we find. So just what is in a genome?
Image
04 April 2018
Science
FEATURE | 5 min READ

Sex Cells: Meiosis at the centromere (of life science research)

Plants, animals, microbes and more all do it (sex that is), and whether selfish or otherwise (probably selfish), the processes before, during and after meiosis are of incredible interest to study for a huge range of biological applications.
News
Image

Understanding the evolution of our species to help save the planet.
Image

Exploring how individual epithelial cells respond to challenges in the gut.
Image

What happens when you get an outbreak of a disease? You sequence it to tell you where it’s come from, how it’s spreading and most importantly how to combat it.