Prostate cancer is the most common cancer in men, over 47,000 patients are diagnosed with the disease every year - 129 per day.

The disease can develop slowly and not cause an issue, but the cells can also grow uncontrollably in the gland and in some cases, spread outside the prostate at a rapid fatal rate. Dr Daniel Brewer, Visiting Worker at EI and Senior Lecturer at Norwich Medical School, UEA, was part of the team of scientists that detected new genes linked to the progression of prostate cancer to help determine tailored drug treatments. We find out the story behind the bioinformatics analysis of previously unknown genes that control the disease’s attack.

The aim of this project is to collect and analyse whole genome sequence data from cancerous tissue samples from 250 prostate cancer patients. This analysis looked to understand the multifocal and clinical heterogeneity of the disease to devise markers for predicting diagnosis outcome and drug targeting.

This included the molecular development of the castration-resistant and metastatic (spreading to distant parts of the body) form of the disease, as well as the overall cause of prostate cancer - particularly the large variation in incidences that occur in different populations and ethnic groups.

Combined with existing data and drug information from other sequencing studies, our work began from an in-depth analysis of around the first hundred patients we sequenced as part of the CRUK-ICGC prostate UK project - opening up 80 potential new ways to target the disease.

With some of the leading prostate cancer research groups in the UK and internationally, we identified important variants in the genetic code of a cancerous cell and how we could counteract these through developed drugs.

The cancer cells can spread outside the prostate at an alarming rate.

In order to carry out our analysis, the bioinformatics community provided an essential role to help enrich our scientific knowledge. The bioinformatics analyses performed at EI are really at the heart of this kind of research.

Through applying a large range of cutting-edge computational biology techniques, such as those that are regularly performed at EI in vertebrate health genomics, they provided us with unique insights which led us to our core findings. Two that I’d like to particularly highlight are the heterogeneity and evolution analysis, and canSAR to detect possible drug targets in prostate cancer.

With the heterogeneity and evolution bioinformatics, we were able to perform cluster analysis on the cancer cell fraction that genetic changes appear in, which enabled us to identify subclones of cells i.e. cells that have the same genetic changes. By comparing these differences in the subclones, we could identify the changes that came earlier or later in the disease, so we can then build a picture of how the cancer has evolved.

canSAR linked this genetic information with a map of the network of associated proteins and transcriptional (gene expression) interaction data. Each gene identified is mapped onto the network and annotated based on multiple assessments of ‘druggability’ - the likelihood of the protein being amenable to small molecule drug intervention.

80 of the proteins in the network were possible drug targets. From this, we found that the prostate cancer genes are embedded in a highly-druggable cellular network which contains 11 targets of approved therapies and 8 targets of investigational drugs.

Timeline of genetic changes is extremely important to understanding the cause of the disease.

The reason why prostate cancer is the most common cancer is unclear. That said, we know that incidents increase exponentially with age so one reason it is so common is probably due to the fact we are all living longer.

If early genetic changes are detected, it gives us a chance to develop biomarkers that will detect the disease at the earliest possible stage; if they’re late changes, then it gives us an understanding of how a tumour spreads further and eventually causes death - as well as providing possible drug targets to prevent this transformation.

We hope that the long-term impact of our research will result in clinical trials to identify drugs which interact with the genomic pathways affected commonly in prostate cancer. Ultimately, we would like this to lead to an improvement in prostate cancer patient outcome.

In the short-term, we expect that these findings will be validated in other next-generation sequencing studies and a larger version of our genomic dataset, and the drug interactions explored in the cell line (uniformed genetic makeup) and animal models.

Why is this study so important? 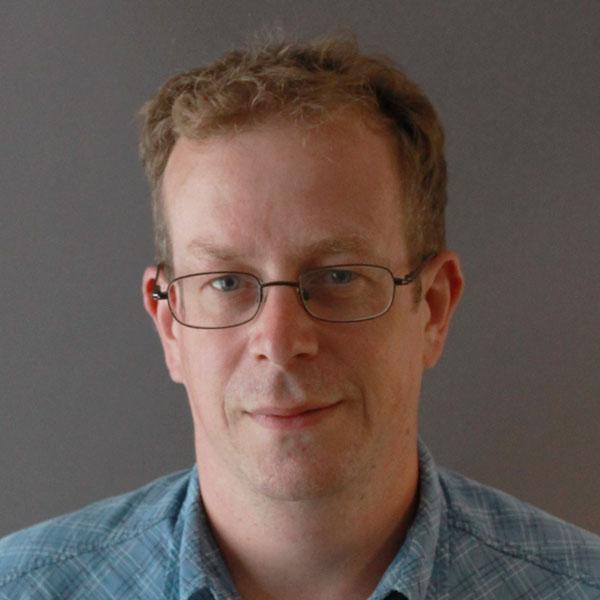 Going from the wet lab to bioinformatics isn’t always easy, but it’s part and parcel of the job for many working on single cell genomics
Image
06 November 2020
Technology
FEATURE | 5 min READ

Bioinformatics can reveal the role of genes in the human body without us even having to don a lab coat. Two such genes, ULK1 and ULK2, may look similar but recent research has shown them to play diverse and important roles in autophagy and disease, among many other things.
Image
16 October 2020
Learning
FEATURE | 10 min READ

From imaging black holes and predicting the weather to discovering genes and tackling the COVID-19 pandemic, statistics helps us understand data so we can make sense of the universe: and make more informed decisions.
Image
October 01, 2020
Science
FEATURE | 10 min READ

How can food security be improved? That’s one of the major challenges facing science and society. To feed and nourish a rapidly expanding population, crop yields must increase in the face of the threats posed by climate change and once fertile areas of land must be reinvigorated. However we manage it, it’s vital we protect and enhance the biodiversity on which much of our agricultural system relies.
Image
24 August 2020
Science
FEATURE | 5 min READ

The first ever UK Conference of Bioinformatics and Computational Biology (UKCBCB) takes place at the end of September - a two day virtual event which brings together the diverse bioscience disciplines which increasingly rely on powerful computational infrastructures to store, share and analyse large datasets.
Image
20 July 2020
Technology
FEATURE | 8 min READ

Machine learning can help us extract meaning from the vast amounts of data associated with modern research and hugely increases the scope for novel discovery. In this guest blog, two of our PhD researchers cover five machine learning essentials that bioinformaticians need to know.
News
Image

In the search for new drugs to combat cancer, it might be worth calling on the neighbours.
Image

Systems genomics identifies groups of genes critical for cells to respond to their environment.
Image

A new pilot study published today reveals how urine biomarkers can show the amount of significant cancer in a prostate, highlighting with more certainty which men need treatment.
Image

Researchers at the Earlham Institute and the Gurdon Institute have identified many functional long non-coding RNAs in the nematode <i>C. elegans</i>.
Projects