Plant disease is an ever evolving threat. How can genomics research help to arm our crops against pathogens and protect our global food supply?

Since we started domesticating crops around ten thousand years ago, we have limited much of the defence armoury available to our modern cultivated crops, while pests develop ever-more sophisticated weapons to invade them. With the study of NLR proteins, and the relationships between them, we can hope to prime our food plants to better defend against the ever-evolving threat of disease.

As long as there have been plants, there have been pests and parasites trying their best to eat or invade them – and over hundreds of millions of years, evolution has witnessed a long-running arms race between the two sides.

On the one side, there are the pests and pathogens, which must penetrate the plant and get around its natural defences in order to get a stranglehold. The attackers, either willingly or unwillingly, leave behind chemical traces of their invasion plans – in the form of Pathogen Associated Molecular Patterns (PAMPs).

Plants, over the years, have come to recognise these, such that certain regions of the cell membrane on the outside of a plant can recognise when the plant is under attack. In the event that a plant is invaded, despite its best efforts to guard-off a pestilent marauder, there is even a second line of defence.

Pathogens tend to release a suite of molecules into plants so that they can weaken the plant’s defences (called “effectors”). In response, plants have come up with ways to detect these effectors (which are essentially the swords and muskets of the pathogen weaponry), with various receptors and other molecules that act as a shield – lessening the blow of the pathogen weapons.

Pathogens, however, tend to be organisms that go through many generations incredibly quickly, therefore they have a high rate of mutation. This is especially true for the effector proteins, the weapons, so that whenever a population of plants has just about got to grips with one set of steel blades – the pathogens go and invent a cannon.

And thus the evolutionary arms race continues in earnest. The plants come up with new ways of detecting pathogens and deflecting their blows, either by directing programmed cell death (PCD) in regions where pathogens are detected, or by stimulating other immune responses in the plant (such as releasing distress signals via scent or salicylic acid), while the pathogens then get around these defences through mating and mutating.

Back to the wild.

Entire fields are under threat, as they lack the necessary genetic diversity to withstand infection. Wild plants are, often, inherently diverse – with a variety of genetic backgrounds. This means that if a novel pathogen comes along, there is enough strength in depth (genetically speaking) to survive attack.

Imagine a grassy meadow; even if a disease affects some small part of it, there is so much genetic diversity between individuals in that field that the surviving plants will quickly fill the gap left by the dead ones. Our crop fields are filled with genetically identical plants, which is bad news if a novel infection appears; modern emergent diseases such as wheat yellow rust can ravage crops with ease, causing billions of dollars in losses.

Through thousands of years of inbreeding our crops, from potatoes to wheat, we have selected traits that are valuable – such as size, taste and yield – yet we have lost a swathe of invaluable material in the disease resistance genes, thus our modern crops are trying to defend against pathogen steel longswords with just rusty daggers and a leather tunic.

Most people are very familiar with the Irish potato famine. This was caused by potato blight, an oomycete infection which still presents a threat to potato production worldwide. It seems to be taking a long time to learn our lessons. However, with next generation genome sequencing, we have opened up the possibility to start fighting back against pests and disease.

Now that it is relatively cheap and increasingly simple to sequence stretches of DNA from all domains of life, it is possible to find the variance in wild plants that might help our modern, disarmed crops better resist the pestilent onslaught.

However, until recently, it still wasn’t that simple…

Genome sequencing may unlock crop resistance to pests and disease 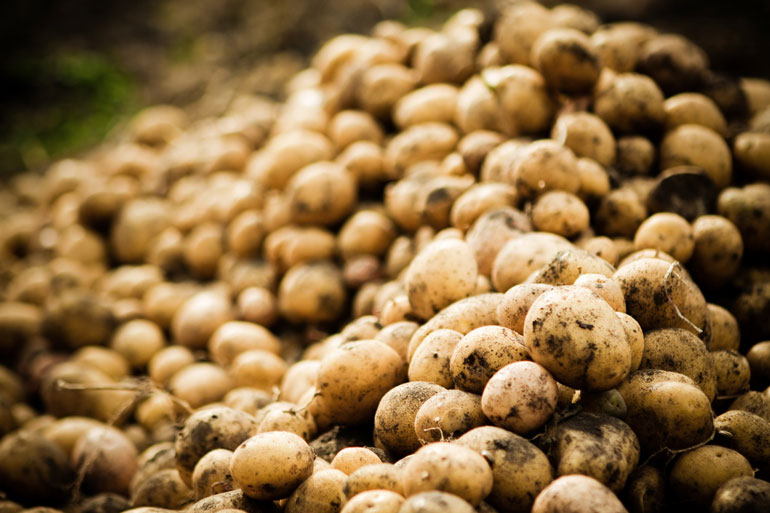 R genes are hard to sequence.

So, the evolutionary arms race.

This has been going on for a very long time, which means that plants have come up with a vast number of ways to stop pathogens invading them. One such line of defence is the R genes (resistance genes), which help to detect pathogen effectors (molecular swords, cannons, AK-47s and the like).

Unfortunately for genomics researchers, this means that over evolutionary time, many genes have duplicated and undergone very slight changes in their DNA sequence so that they carry out similar but unique functions.

One tiny change in DNA sequence might mean that a plant can better detect a pathogen-derived effector that has mutated from a sword into a mace, for example.
However, using the usual de-novo sequencing methods, it has been very difficult to find these subtle changes within plant genomes.

For a start, genomes are complicated things – and it’s hard simply sticking them back together properly with only one set of genes, never mind a whole swathe of almost identical sets of duplicated DNA.

Imagine trying to complete a jigsaw of vegetables, of all different varieties, but then somewhere in the middle was just a stretch of courgettes repeating itself over and over. The courgettes all look the same, except for a miniscule difference in the striping detectable only using a magnifying glass. It would be difficult.

It is the same for assembling a genome.

Normal next generation sequencing methods tend to favour smaller stretches of DNA over longer ones, even using the PacBio, which can feasibly sequence stretches of DNA up to 30,000 letters long.

The problem with having these smaller stretches is that it makes it almost impossible to detect the subtle changes in DNA that make one plant resistant to a disease and another succumb. 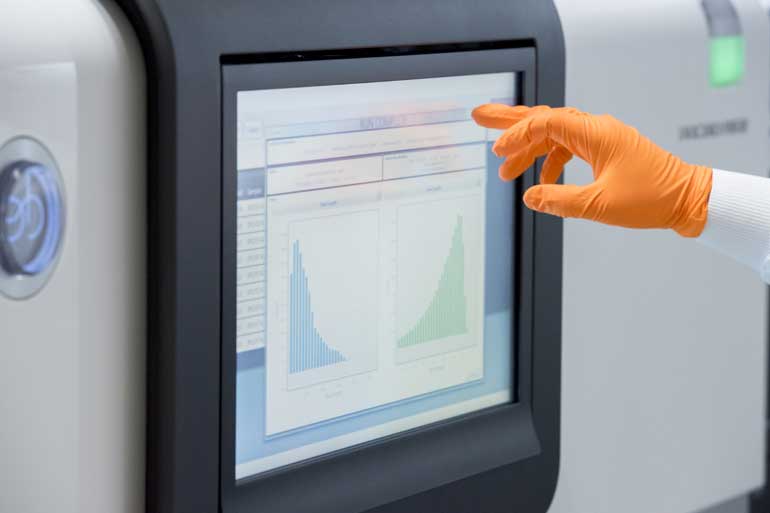 Along with the Sainsbury Laboratory and John Innes Centre, Earlham Institute (led by former colleague Matt Clark, now at the Natural History Museum), helped to develop RenSeq, a technique that allows us to clone and sequence stretches of DNA that are just long enough to cover entire R genes – including the bits before and after the gene sequence which regulate how the gene is turned on or off.

Through firstly identifying wild plants that are resistant to diseases such as potato blight, then amplifying the parts of their DNA that resemble R-genes, we can then mine the results to find the simple changes present in these plants that give them resistance compared to our modern, disease-prone crops.

We can then, either by breeding modern plants with their wild relatives, finding resistance in other modern varieties using marker assisted breeding techniques, or through methods such as genetic modification, hope to arm our crops with a better suite of defensive weapons in order to withstand disease.

As well as being useful to identify novel R genes in wild plants that are known to be resistant to specific diseases, this technique opens up the opportunity to sequence thousands of varieties of plants and to detect huge numbers of different resistance genes - thus increasing our ability to better arm our crops for the future.

The products of R genes are clearly of interest to study when it comes to understanding how our crops might defend against diseases, and greater scrutiny shows them to have a fascinating natural history.

Known as “NLR” proteins, the receptors that inform plants of a pathogen infection have developed ingenious methods of detecting and responding to the suite of molecular weapons that potentially dangerous diseases release to try and overcome their floral adversaries.

These proteins form what is known as the second line of plant defense against pathogens. The first line, “PRR” (pattern recognition receptor) proteins, are found at the cell surface - the gates of the castle, if you will - and tend to recognise “PAMPs” (pathogen associated molecular patterns).

The PRRs are more generalist defenders of the keep. They tend to understand and respond to signals that are characteristic of large groups of microbes, and form a decent first line of defense. However, pathogens are sneaky, and often those that sneak through have developed ways to distract the guards at the gate and do a pathogen shuffle straight over the drawbridge, avoiding the moat.

The NLR proteins tend to recognise specific virulence factors associated with pathogens, known as avirulence genes (Avr), and it is here where the evolutionary arms race really hots up. As the Avr genes change, the NLRs have to catch up.

Or, the NLRs might just join forces with other proteins in the plant cell, namely those that are targeted by the “effectors,” the products of the Avr genes. In a spot of molecular fishing, NLR genes have adapted over evolutionary time to bind to the targets of pathogen attack, in a technique known as “integrated decoy.”

Essentially, the NLR proteins use certain proteins as “bait,” which recognise the pathogen and allow the NLR genes to get to the business of telling the plant to get a grip of the infection and start activating a defense response.

Our crop fields are filled with genetically identical plants, which is bad news if a novel infection appears; modern emergent diseases such as wheat yellow rust can ravage crops with ease.

Ksenia Krasileva, who has recently moved to UC Berkeley from Earlham Institute, has been greatly interested in NLRs, particularly how they are be able to form such a diverse group of defense proteins that allow plants to maintain the diversity to guard against the ever-evolving threat of disease.

A recent paper, published in Genome Biology, highlighted the role of certain “integration domains” in particular gene regions that have given rise to a suite of plant defense proteins, particularly in wheat. These proteins are involved not only in plant defense, but also in responding to a variety of other plant stresses, which can all help a plant to deal with potential pathogen attacks.

The NLR proteins in wheat, especially, are pretty good at mixing and matching their molecular weaponry, and this diversity helps plants to maintain decent defense against a range of potential diseases.

It turns out that NLR proteins have a particular tendency toward integrating new protein domains, possibly thanks to sharing a protein “motif” that seems to favour the integration of novel baits.

“We showed by generating phylogenetic trees that these proteins share a common ancestor, indicating that there is an inherent factor in these particular proteins that allows domain integration events,” explained Paul Bailey of EI, first author on the study.

What is important about this research is that it should be possible to use this information to make synthetic NLR proteins with novel baits, which will allow plants to defend against many pathogens at the same time.

As Paul says; "Plant pathogens are continually evolving, but in the future, we should be able to generate novel proteins with specific integrated domains that give resistance to diseases, particularly new pathogens."

Defense is rooted in diversity, therefore the presence of multiple integrated domains in the repertoire of NLR proteins can help plants to fight against diseases even if a mutation in the pathogen allows it to bypass other aspects of plant defense.

The more we learn about plant defense proteins and how they function, as well as their huge diversity, the more able we will be to breed plants with a little extra punch in the face of the emergent onslaught of plant pathogens.

KAT got your tongue? An analysis tool to quickly detect problems in sequencing data and genome assemblies