Half of UK children can’t identify stinging nettles. We need to teach biodiversity before it’s wiped out without a care.

Half of UK children can’t identify stinging nettles. We need to teach biodiversity before it’s wiped out without a care.

Public engagement is about more than dialogue. How are we to engage future generations in dialogues about topics so far from the public perception? We have to understand that there is a huge deficit in knowledge, which could be catastrophic to our efforts to protect what’s left of our biodiverse planet in the decades and centuries to come. How are we to mobilise action for something so out of touch from reality for an increasing number of people growing up surrounded by steel and concrete?

The Darwin Tree of Life Project could prove to be a very timely intervention, with the task of sequencing each of Britain’s 66,000 known animals, plants, fungi and protists setting the stage for a nationwide exploration and appreciation of biodiversity through targeted education.

A recent feature in the Independent highlighted that half of UK children can't identify a stinging nettle. 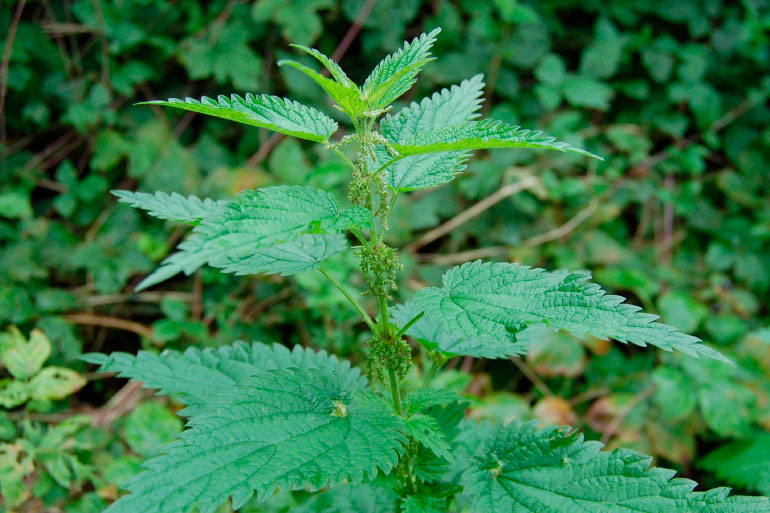 We have to understand that there is a huge deficit in knowledge, which could be catastrophic to our efforts to protect what’s left of our biodiverse planet in the decades and centuries to come.

I’d heard anecdotes of school children in inner city London not being able to identify a tomato, or wondering whether sausages grew on trees (chance would be a fine thing). I passed them off as unfortunate cases of children only seeing food in tins or cardboard boxes, far from the real thing, perhaps they just needed to visit a farm.

Yet, as I was awoken this morning by a drunken wasp buzzing around my window, I drowsily browsed my phone and stumbled across a facebook post from a friend with only the word ‘futile’, in summary of an article he’d shared that decreed ‘half of UK children can’t identify a stinging nettle’.

As a child I was rubbing dock leaves on stings from nettles almost every other day (it turns out that this has absolutely no effect whatsoever, but actually you should rub nettles on nettle stings, as I found out at this year’s BIG Event in Edinburgh thanks to Rowena Fletcher-Wood). How can only half of children know what a stinging nettle is?

The numbers - from a survey of 1000 children under the age of 16, so hardly representative of the population as a whole but still alarming nonetheless - suggest that 83% of these children interviewed could not identify a bumblebee. If the decline in their numbers persists, perhaps they won’t ever be able to.

Nearly half of the 1000 could not identify brambles, blackberries or bluebells - three icons of the British countryside, and parks and recreation grounds within cities themselves. Only half of children could recognise one of Britain’s most charismatic animals, my Mum’s favourite bird, the puffin.

83% of children interviewed in a survey were not able to identify a bumble bee. 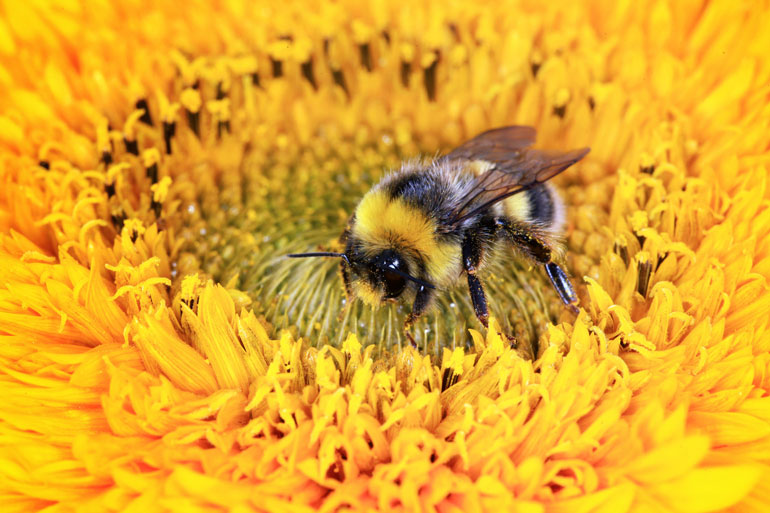 The numbers - from a survey of 1000 children under the age of 16, suggest that 83% of these children interviewed could not identify a bumblebee. If the decline in their numbers persists, perhaps they won’t ever be able to.

And can we really be surprised at these numbers?

Generations of people have been glued to screens, where they’re more likely to have experienced nature through a camera lens and lulled into a false sense of ecological security by David Attenborough’s soothing tones. Or more likely they were watching something other than Blue Planet.

On a trip to Yosemite in the USA, we strolled for hours on the lookout for bears and birds, weaving among pristine natural meadows through which streams sparkled and trickled away out of sight towards the stunning backdrop of sheer cliff faces, steep mountain slopes and gigantic sequoia trees. We marvelled at the breadth of the tree trunks, the smell of the pines and the tranquility of the grasslands.

Back on the road, however, it was clear that most people passed through Yosemite national park in a matter of one or two hours; bus trips whizzing along the roads, stopping at prescribed photo-opportunity spots to grab pictures of El Capitan, Half Dome or Sentinel Rock and then drive off again, no second thought to the beauty around them.

On Sunday May 23, that very evening, I wrote a poem:

Yosemite park is a sight to behold,

But most people stick to tarmac like bitumen to the road.

It's a beautiful world we inhabit, with so much to see -

It's sad most people prefer to view Attenborough on the BBC.

Yet, in the UK, what chance do many children have of seeing wildlife on their doorstep?

I was lucky to have grown up in Lancashire, a stone’s throw from the Ribble Valley and the Trough of Bowland, a short drive away from the Yorkshire Dales or the Peak District, perhaps the red squirrel reserve at Formby. I’m lucky that my Dad is a birdwatcher and my parents have fostered in me an appreciation of the natural world: what’s left of it.

After half a century or more of intensive agriculture, there are only about 3% of wildflower meadows left in the UK. What woodlands remain are rarely ancient, and those that cling on face demolition as more and more houses are built on green belt land, which I was taught at school was protected.

There are only about 3% of wildflower meadows left in the UK, by comparison to the last century 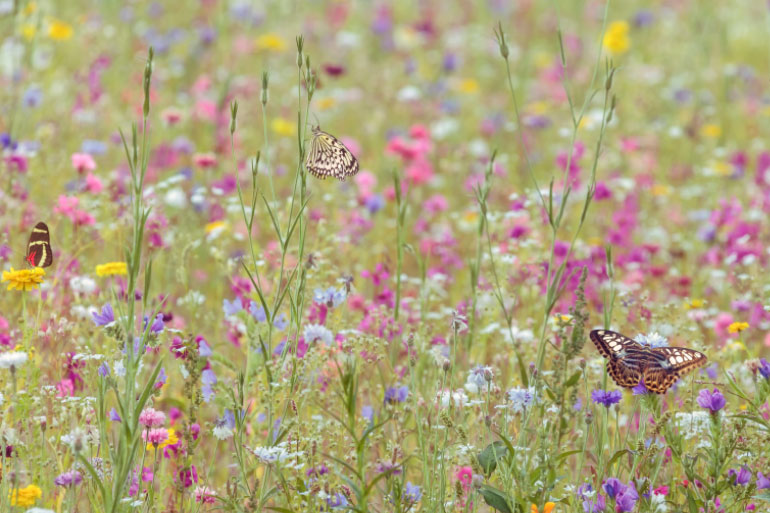 After half a century or more of intensive agriculture, there are only about 3% of wildflower meadows left in the UK.

Amidst the warnings of the Earth’s sixth mass extinction event, driven by humans (again no exaggeration - one million species are threatened with extinction), the science world is aiming to sequence the DNA of every single known animal, plant, fungus and protist on the planet.

This is known as the Earth BioGenome Project, which the Earlham Institute is proud to be a part of. As part of the UK arm of the global effort, the Darwin Tree of Life project, EI will be contributing to the sequencing and analysis of the 66,000 species of UK wildlife.

In a three-pronged initiative, EI will be exploring the natural history of British pollinators such as bees and hoverflies, along with the Natural History Museum in London. With partners at JIC, EI will be leading an exploration into the medicines hidden in the wildflowers that live all around us. With our expertise in single celled eukaryotes, protists, we will be leading the sequencing and analysis of what EI Director Neil Hall terms ‘biology’s dark matter’, which makes up most of life’s hidden diversity.

In addition to this, we will also be leading public engagement around ‘biodiversity on the broads’, which is a timely step. The aim will be to foster an awareness and appreciation of the biodiversity that lives all around us, whether it be in the gardens of a stately home or on our very doorsteps.

We will inspire school children around the county to document and, where appropriate, sample wildlife, so that we can paint a picture of biodiversity in Norfolk and use this to help cultivate an affection for the non-human life that underpins our civilisation. Hopefully, we can inspire the next generation to take an active role in community wildlife groups, and equip them with the means to inspire their peers.

As part of the project, we will of course be engaging in a dialogue about what biodiversity means to different groups, and public dialogue is essential for effective engagement and ethical science. However, in a land in which half of children don’t know what a stinging nettle is, it is our duty to underpin that knowledge so that we might continue to fight nature’s fight for many years to come.

I would hope that this is just the start, and that biodiversity and the natural world form a key part of the primary and secondary school curriculum. What use is Maths and English in a world without bees?

With our expertise in single celled eukaryotes, protists, we will be leading the sequencing and analysis of what EI Director Neil Hall terms ‘biology’s dark matter’, which makes up most of life’s hidden diversity.