Year of the pig: Flu, you swine!

To usher in the Year of the Pig - a peek into one of Earlham Institute’s research areas: swine flu.

This Chinese New Year sees the pig come around again after twelve years, an important animal for the country: of the 2 billion pigs on earth, half live in China. Not only are they an important food source, they provide an incredibly diverse range of products, from violin strings to hearts for human transplantation.

However, for all of their tastiness and usefulness, farming pigs comes with several downsides - an obvious one being that such abundant numbers living in closely confined spaces provides a fertile breeding ground for some very deadly viruses, including Swine Flu.

We chatted to Angela Man about the work that she is doing to understand the evolution of this disease.

I’m a postdoc here at EI and carry out the majority of the wet lab tasks for the group which includes work on the swine flu and other core-funded projects.

What are you hoping to understand from working with Swine Flu?

The project is part of a larger grant involving a consortium of researchers from across the UK aiming to dissect, and understand in detail, the animal-to-animal transmission parameters of Swine flu. This will utilise a wide range of expertise to look at aspects of Swine flu infection and transmission such as the evolutionary dynamics and genetics, immunology, clinicopathology and virology of virus transmission in unvaccinated (naïve) and vaccinated pigs.

Modelling and statistical analysis of the data from these experiments will also be employed to look at bottleneck size and other features of the transmission chain. Such analyses will provide an insight on the effect of selection on viral population size and composition, during and post-viral transmission.

The overall aim is to bring all this information together to develop efficient and targeted control strategies to block the infection in pigs, ascertain the efficacy of current infection control methods, determine the level of immunity needed to prevent infection spread and virus evolution and establish if new vaccines are better equipped to improve animal health and livestock production. All this knowledge will broadly influence the type of control methods used in all influenza infections.

How much, or how little, do we actually know about this potentially devastating pathogen?

Swine flu belongs to the family of Orthoviridae and is classified into one of five genera known as influenza A virus (IAV). IAV can infect humans and other species including pigs, horses, cats, dogs and birds, and be spread between mammalian species.

Its small negative-sense single stranded RNA genome of 13kb in size is arranged as eight segments which encode proteins for binding, virus entry into host, replication and packaging of virions.

There is a considerable amount of information about the influenza virus including details regarding classification, life cycle, viral structure, pathology, genetics, its mode of infection, host viral anti-viral response and much more. However, there is a lack of information regarding its genetic ability to adapt in new host mammals, an ability which renders the virus a formidable pathogen.

Influenza viruses undergo constant evolutionary change due to a high rate of mutation in antigenic sites which is important when considering the development of anti-viral antibodies of our immune system. This is in part due to a viral RNA polymerase which lacks proofreading function, but in the main, evolution can occur via three modes: mutation, (antigenic shift), reassortment (antigenic drift) and low levels of recombination.

The modified flu virus evades an immune system that cannot recognise or has no “memory” of new variants which consequently leads to our well-known, annual flu outbreaks. Antigenic drift results in a unique, new, mutated viral strain.

Exposure to a strain related to the new version means that an individual may be already immune which culminates in a mild version of the illness. Occasionally, antigenic shift results in major virus change, coupled with a population that has little or no pre-existing immunity. This results in widespread, serious illness.

What’s the difference between swine flu and bird flu?

There are five types of influenza virus (A, B, C, D) with the first three known to be able to infect humans. Avian bird flu and swine flu are both influenza A viruses (IAVs). Birds and pigs are naturally susceptible to different IAV subtypes.

Re-assortment is a swapping of parts of genes between two or more influenza viruses infecting the same cell leading to an entirely new strain of the virus. Most swine influenza viruses are reassortants containing genes from avian, human and swine origin.

We're not so different, you and I

What are the chances of a deadly pandemic in the near future?

Flu pandemics arise when new influenza strains form by the process of antigenic shift and the resultant virus spreads globally.

Humans infected by bird flu show a high level of mortality, but this is usually when the individual has had direct contact with an infected bird, but avian IAVs from pigs can also infect humans as the “pig-adapted” flu virus is more able to transmit to humans.

This leads to a possible scenario where a combination of viral reassortment events, cross-species infection of susceptible individuals and then creation of a virus that has the correct genetic molecular components for effective human-to-human transfer would lead to a pandemic.

This is the exact situation surrounding the 2009 swine flu pandemic. However, reassortment events culminating in the 1918, 1957 or 1968 pandemic influenza viruses originating from pigs have not been linked.

Could a better understanding of the genomics around swine flu and its transmission help us to offset a pandemic in the future?

All new knowledge is always useful and a constant update in our understanding of the flu pathogen can be used to help control influenza and reduce its impact.

For sure, work on this project by our colleagues in Cambridge looking at molecular adaptation in swine influenza viruses, where analyses of the virus across transmission chains in naïve and vaccinated pigs, coupled with modelling studies by other partners in the consortium can only help to provide ways to offset and reduce the severity of future influenza pandemics. 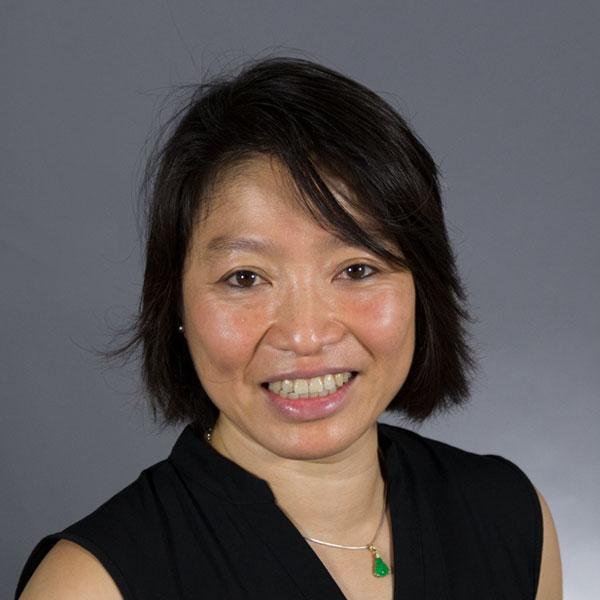 We speak to Dr Darren Heavens, who after over 30 years’ experience in genomics research; from pig breeding to improving wheat yield, went down an alternative PhD route.
Image
23 January 2017
Science
FEATURE | 8 min READ

Overfishing has been rife for decades and our seas and oceans have become vastly depleted in fish reserves. Despite this, around 40%* of the world’s population lives on or close to the coast, largely relying on fish as a major protein source. It is time to look inland, towards freshwater aquaculture.
Image
18 January 2019
Science
FEATURE | 5 min READ

The taming of the <del>shrew</del> dog, cow, horse, pig and rabbit.

What does a cow, a horse, a pig, a rabbit and a dog have in common, and how similar or dissimilar are their genetic conductors?
Image

We contribute to sustainable aquaculture practices to protect biodiversity and meet nutritional demand in Tanzania.
Image

The Spotted Gar is an unusual fish whose genome sequence has been released in a recent study highlighted in Nature Genetics.
Projects
Image

Developing genomic resources in wild and farmed tilapia for the benefit of the aquaculture industry globally and in Africa.
Image

A shared vision on protecting biodiversity to achieve sustainability and peace.