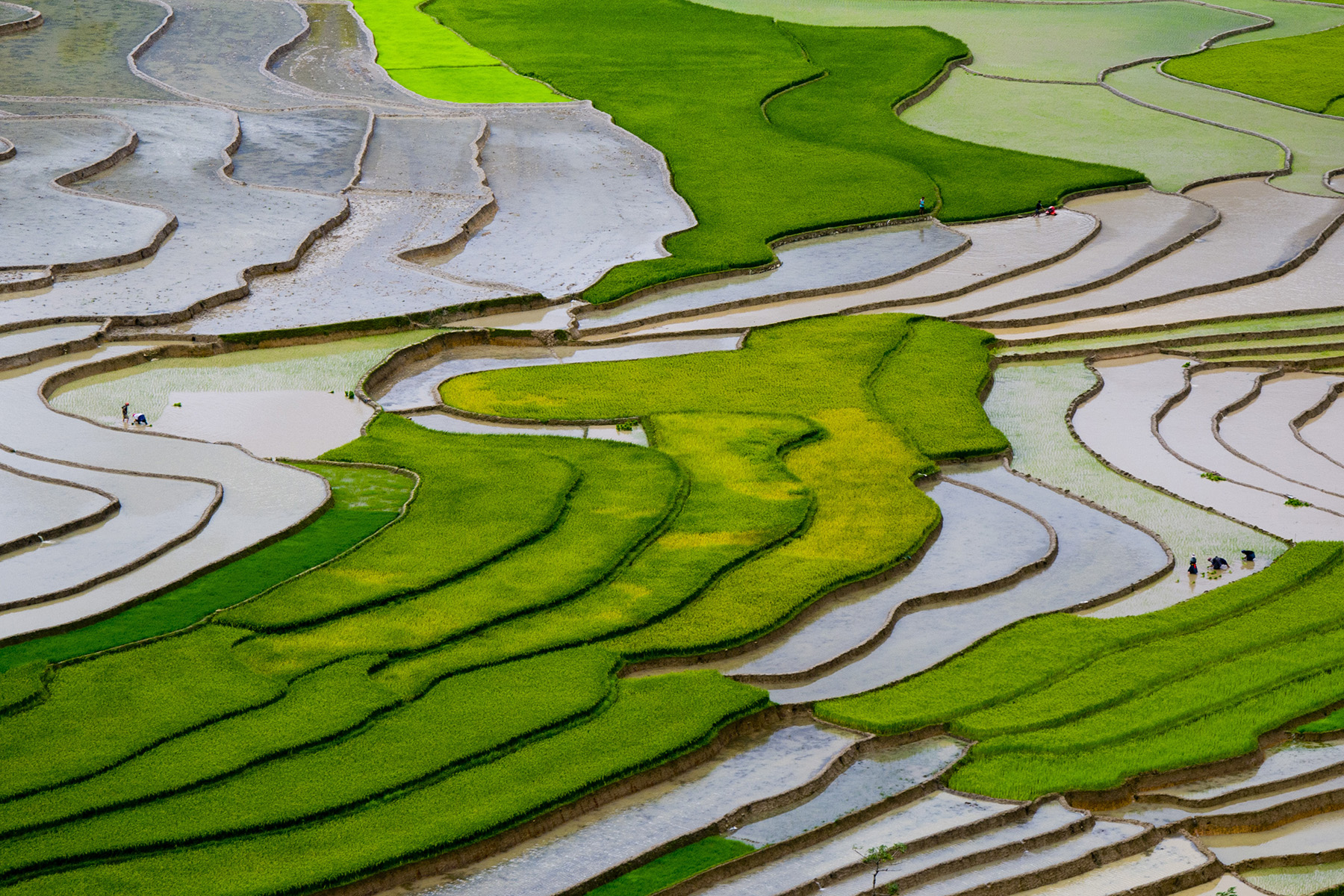 Local rice varieties in Vietnam could be used to help breed improved crops with a higher resilience to climate change, according to a new study published in Rice.

Earlham Institute researchers are part of an international collaboration with genebanks and rice breeders in Vietnam - championed by the International Rice Research Institute (IRRI) to help abolish world poverty and hunger - aiming to identify varieties that can survive an increasingly unpredictable climate.

The new genomic data they have generated will significantly support efforts to breed resilient rice crops for optimum global production.

The unparalleled geography and history of Vietnam, together with its diverse range of ecosystems and latitudinal range, means it has been blessed with a vast diversity of rice landraces. 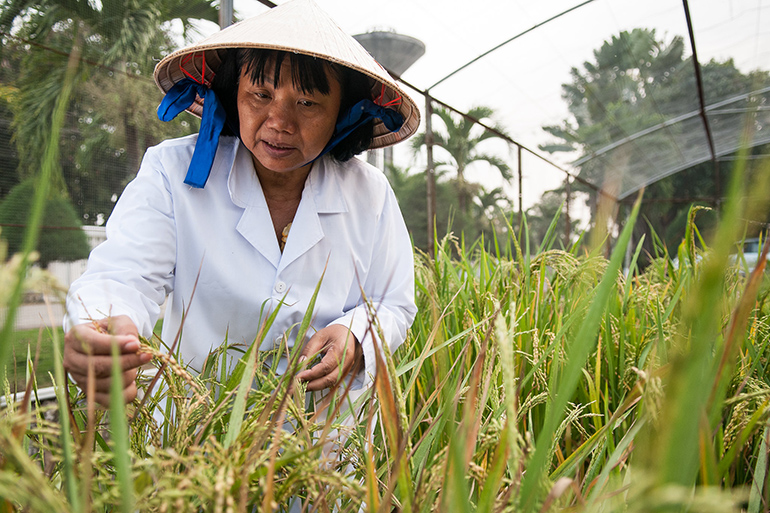 Rice production in Vietnam is of enormous value, both as an export commodity and a daily food staple for the more than 96 million people who live there. An important part of diets worldwide, rice is a healthy, versatile and cheap carbohydrate. However, climate change is threatening its wide availability, with the country’s unique geography and environments putting Vietnam at particular risk.

Critically, it is the world’s poorest that are most dependent on this crop, who are also under the most threat from climate change - amplified by the COVID-19 pandemic disrupting food and nutrition security for billions of people.

To fully understand the uniqueness and potential of this native crop diversity, the research team analysed 672 Vietnamese rice genomes; 616 that were newly sequenced, which encompass the range of rice varieties grown in the diverse ecosystems found throughout Vietnam.

The team of scientists discovered a previously overlooked ‘I5 Indica’ large rice subpopulation in some regions of Vietnam, which had not been used before to produce the more common elite rice varieties resulting from previous rice improvement studies.

This will help with a new generation of ‘Green Super Rice’, designed to lower production input while enhancing nutritional content and suitability for growing on marginal lands - resulting in a sustainable and resilient rice to better withstand extreme weather conditions. 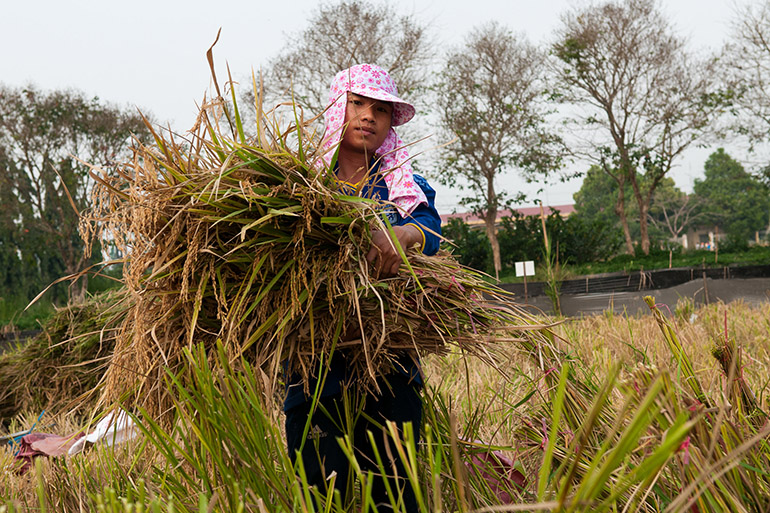 First author Dr Janet Higgins at the Earlham Institute, said: “Vietnam has a rich history in rice breeding, especially at the local level. The adaptation to multiple environmental conditions and regional preferences has created a wide range of varieties.

“Studies like this suggest that this diversity constitutes a largely untapped and highly valuable genetic resource for local and international breeding programmes.”

To understand how rice diversity within Vietnam relates to worldwide varieties, the team analysed nine landrace subpopulations that were likely adapted to the demands in the different regions of origin.

They then compared this new data to the previous global study on rice diversity in Asia, consisting of fifteen worldwide Asian subpopulations (from 89 countries) in the publicly available ‘3000 Rice Genomes Project’. From this, the Earlham Institute researchers discovered how the new rice varieties native to Vietnam were related to the global Asian data set - leading to the I5 Indica subpopulation finding.

Dr Higgins, explains: “Improved varieties, which are high yielding but can also be grown sustainably, are needed to ensure we can continue to meet the worldwide demand for rice. Salt and drought tolerance are related critical traits which need to be addressed in order to secure future rice production.

“This requires agronomic, smart crop management practices and genomic solutions to stop the vicious cycle of rice contributing to global warming due to greenhouse gas emissions from crop fields, and areas of production being threatened by climate change.

“It would be fantastic if the IRRI were in a position to incorporate some of the Indica I5 varieties from Vietnam we describe in our study in their future breeding programmes. We believe this new data will massively help optimise sustainable rice production for global demand while protecting our planet.”

The paper ‘Resequencing of 672 Native Rice Accessions to Explore Genetic Diversity and Trait Associations in Vietnam’ is published in the journal Rice.

This work was supported by the Biotechnology and Biological Sciences Research Council (BBSRC) through the grants BB/N013735/1 (Newton Fund) and BBS/E/T/000PR9818, and the Newton Fund Institutional Links (Project 172732508), which is managed by the British Council.

Led by the Earlham Institute, the original rice genomics project of 36 sequenced samples expanded to a bioinformatics training programme in Vietnam, which identified over 600 rice varieties to accelerate crop precision breeding by better understanding rice diversity.

Saving the climate with grass