When student Anita Scoones was considering her research career, she probably imagined using microscopes more than kitchen utensils. But to understand blood cells, you have to start with the bones.

When student Anita Scoones was considering her research career, she probably imagined using microscopes more than kitchen utensils. But to understand blood cells, you have to start with the bones. And, in her PhD at the Earlham Institute looking at how blood stem cells differentiate, she’s become a bone-crunching boss.

“It’s a bit of a gruesome process,” says Scoones, recounting the process. “There’s a lot of crushing with the pestle and mortar. Not much has changed since the early days of bone marrow research in that respect!”

What has changed, however, are the scientific tools she needs to unravel the incredibly complex nature of blood cell differentiation - the process by which stem cells in the bone marrow turn into the red gloop that sends oxygen to your muscles, immune cells to fight infections, and platelets to seal your wounds.

Ripping off the scab of our paradigms

“The blood system has been really well studied,” says Scoones. “We had accepted this paradigm where you have a certain hierarchy of stem cells to mature blood cells. But, with single-cell sequencing, we've discovered that it doesn't work that way at all. It's a continuum of differentiation.”

Scoones works in Iain Macaulay’s single-cell genomics group, where she uses the latest technologies - from advanced flow cytometry to RNA sequencing - to take a look at life from the perspective of its most basic building block - the cell.

“Before single-cell, you had to try to understand a system from looking at bulk populations,” explains Scoones. “You could never appreciate these heterogeneities within subpopulations. It's a new way of thinking about many different fields, from the blood system to plant biology.”

As is often the case with biology, the more you look the more you see. Just as microscopes showed us that life does not spontaneously appear from matter but is made up of tiny, living units known as cells, so single-cell biology shows us how diverse and complex are the processes that turn stem cells into over 200 different types in the human body alone (and a whole host of forms in between).

PhD student Anita Scoones is using some of the latest single-cell genomics tools to trace the steps of these cells all the way back to their birthplace in the bone marrow.

Though we know that stem cells in the bone marrow are able to produce offspring that lead to all of the cell types we see in the blood - red, white, and platelets among them - how they get there is hard to determine.

“My work is heavily focused on megakaryocytes - the cells that break into the fragments we call platelets,” says Scoones, describing her PhD project. “It was thought that these megakaryocytes arose from a bipotent progenitor, which means, basically, one cell that could generate either megakaryocytes or red blood cells.”

As Scoones has seen first-hand through her work, it’s not so (relatively) simple.

“What we've seen is that, to generate a megakaryocyte, you can actually go straight from a stem cell to a megakaryocyte progenitor, without these stepwise transitions. There's some kind of bias in the stem cells that primes them for platelet-specific gene expression, but the origin of that hasn’t been fully explored yet.”

Within a sample of cells that Scoones is able to extract from bone marrow, it’s possible to identify stem cells based on markers amongst the genes they express. Some of those cells will be biased towards producing immune cells, red blood cells, or indeed megakaryocytes. The mechanisms that prod them in that direction, however, still elude us.

Perhaps there are triggers that might persuade a cell along a certain direction.

“What's really interesting is that there seem to be cell behaviours that can be activated through stress,” says Scoones. “We think that by triggering an 'emergency' pathway, such as low platelet levels, we might discover the key genes driving stem cell differentiation, which is something I’m focusing on at the moment.

In Scoones’ case, she’s using single-cell RNA sequencing to piece together the journey from stem cells to megakaryocyte progenitors, along with long-read sequencing - a technology that can reveal a whole lot more about what’s going on at the genetic level.

“I’m doing long-read RNA sequencing from single cells at each stage of their commitment,” says Scoones, “not only to look at what genes are being expressed but also what isoforms, because we think that alternative splicing plays a role in how cells behave.”

Like stem cells, genes require a closer look, too.

Long-read RNA sequencing, using platforms such as the PacBio Sequel II, allows us to capture more information about the structure and regulation of DNA - including things like alternative splicing, the different paths and products any one gene might generate.

Knowing more about how this is regulated - perhaps via stress or ageing, as Scoones and colleagues are investigating - can offer even greater insights into how the stem cells themselves are biased one way or another.

“Single-cell RNAseq is a bit of a buzzword right now, for good reasons and bad - lots of people are doing it,” adds Scoones. “We want to go beyond classifying the cells, and really delve deeper.”

Scoones works in Iain Macaulay’s single-cell genomics group, where she uses the latest technologies - from advanced flow cytometry to RNA sequencing - to take a look at life from the perspective of its most basic building block - the cell.

For a better marrow

How might this research have impacts outside of academia?

“That’s a great question - and the ideal future would be to implement this in a way that we can use it in the clinic, right?” Scoones proffers.

“We know that as we age there is a sharp rise in the incidence of blood disorders such as leukemia.

“Well-defined isolation of blood cell progenitors, which appreciates the normal cellular and molecular diversity of the system, would be an important step towards understanding normal blood cell development and therefore the treatment of disease.”

That said, at the moment this could prove difficult.

“It's still very expensive to do single-cell experiments for a lot of people,” explains Scoones. “Introducing this in an available way, it's got its challenges ahead for sure, but it's definitely something that should be promoted in the future.”

For Scoones, however, the power of the techniques she is helping to drive forward will offer huge benefits outside of her specific field.

“The dream would be that this type of work enables us to move more towards patient-specific treatments one day. It could be revolutionary for treatment of cancers of the bone marrow, the blood and the lymph nodes, for example.

“Learning how we can improve this process and apply it to new systems, I think, is where the power lies in this kind of research.” 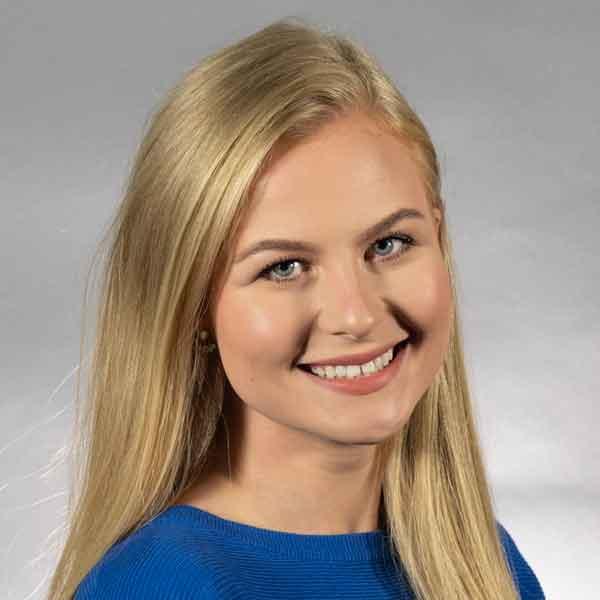 Dr Laura Mincarelli works at the cutting edge of single-cell technology, isolating individual blood stem and progenitor cells to understand how we age. What she discovers could one day help us to prevent ageing. In the short term, she is helping to transform our understanding of biology - one cell at a time.
Image
19 September 2016
Science
FEATURE | 5 min READ

The new genomics weapon in the armoury of biologists is ready for action - to seek out the true complexity and diversity of living things. Following his talk at the 'Festival of Genomics' in Boston, Dr Iain Macaulay explains why single-cell genomics is making life scientists stand to attention.
Image
27 November 2019
CSP Science
FEATURE | 8 min READ

We ask what are the most challenging and rewarding aspects of their careers so far, where we're at with gender equality, and what they'd share with those coming up the single-cell ladder.
Image
03 December 2019
CSP Science
FEATURE | 8 min READ

We ask what are the most challenging and rewarding aspects of their careers so far, where we're at with gender equality, and what they'd share with those coming up the single-cell ladder.
Image
20 November 2020
Learning
FEATURE | 10 min READ

Going from the wet lab to bioinformatics isn’t always easy, but it’s part and parcel of the job for many working on single cell genomics
Image
12 December 2022
Technology
FEATURE | 10 min READ

Focus on the future at EI Innovate

LITE–ing the way to game-changing technology

For higher accuracy and more effective microbial diagnostics, researchers at the Earlham Institute have evaluated a new approach to analyse metagenomic samples that may contain low numbers of certain species - helping to prevent crucial genomic information from being overlooked or lost.
Image

The Earlham Institute (EI) has boosted its capability in high-fidelity long-read sequencing with a twin set of the cutting-edge Pacific Biosciences Sequel IIe platforms to support the Earth BioGenome Projects, providing the UK bioscience community with critical technologies for biodiversity genomics.
Image

Africa is incredibly rich in plant, animal, and human diversity. Uncovering the genetic basis of this diversity could hold the key to improving the productivity of crops and livestock and enhancing human health.
Image