Think you know about rodents? Think again! Read on to discover the awesomeness of rats, mice and plenty more besides through their extreme evolution!

Rodents are the largest group of mammals, which can be found living in pretty much any environment you could possibly think of.

They burrow, they fly, they freeze and they thrive. At Earlham Institute, Fellow Dr. David Thybert is leading our research into not only how they adapt to extreme environments, but how they’re a fascinating bunch of organisms to study in terms of evolution.

It’s great to chat to scientists who have such enthusiasm for the organisms they work on - and David is riveted by the rodents. And who wouldn’t be? Rodents make up 40% of all mammal species on the planet, and they live pretty much anywhere. They can survive in arid deserts and freezing tundra, or even in smelly sewers.

We asked David to tell us more about what fascinates him about these amazing creatures, and what we can learn from studying them. As he says;

So, David, how did you become so interested in rodents?

My interest in rodents came very early. As with many children my first pet was a hamster and a few years later I also owned a gerbil. I was amazed by these little creatures and I was able to stay hours playing with them and studying them moving, feeding and making their nest.

As a scientist my interest in rodents grew even more because of the special characteristics of this group of mammals. They are the most successful mammalian clade as they represent almost half of all mammal species. They have colonised most land habitats on earth: from the hottest deserts to the freezing cold arctic. Some of them are able to fly, others can swim or burrow underground.

Most people, when they think about rodents, see a small rat of a few inches in length (it is true that the pygmy mouse, Nanomys, comprises one of the smallest mammals), however some species such as the capibara are as big as a sizeable dog and some now extinct species such as the giant hutia had the size of a black bear.

The differences in phenotypes do not finish with the size.

Some species, such as the spiny mice (Acomys), are able to regenerate their tissues, while a polar squirrel can have their body temperature as low as -2C when they hibernate. The naked mole rat is an underground eusocial species (like bees or ants) with one queen the only individual that breeds and workers that are non reproductive subordinates!

Another rodent, the grasshopper mouse (Onychomys) is a very aggressive carnivore eating other rodent species to survive in the desert of the death valley where they live. Onychomys is also famous for fighting with scorpions of which the poison of the sting does not affect them.

This long and extensible list of phenotypes observed in rodents makes them exceptional to study and to understand the mechanisms driving biodiversity.

Naked mole rats are neither moles nor rats, but are more closely related to porcupines or guinea pigs.

You were telling me about one amazing rat in particular that eats poison strong enough to take out an elephant - how does it manage to do this?!

This is the crested rat (Lophiomys imhausi) which looks more like a porcupine than a rat. This species lives in Kenya and is exceptional in many points.

The crested rat has a compartmentalised stomach that resembles the one of the ruminant artiodactyls and it is suggested that the foregut of this rodent can host a symbiotic microflora that can ferment cellulose to provide nutrients.

Another very cool feature of this species is that it can chew the leaf of the “poison arrow tree” (Acokanthera schimperi) and use it as a defence mechanism. This tree contains ouabain, a poison that kenyan hunters used to spread their arrow with. The ouabain is a cardiotonic glycoside that leads to heart attack. The poison is so powerful that a kenyan legend relates the story of a hunter that killed an elephant with only one arrow spread with this poison.

However, the crested rat not only chews this poison without having any heart defect, but it also spreads this poison on its fur. The fur evolved to become spongy and retain the maximum amount of poison. This exceptional defence mechanism is able to stop or kill big predators.

So far we do not know what the mechanisms are that made Lophiomys imhausi immune to ouabain, however we are currently sequencing its genome with a hope to understand more about the traits of this exceptional rodent.

What are some of your favourite rodents and why?

The red squirrel was one of my favorites (because it is quite cute) but since it has been found that this cutie is a carrier of leprosy, I am trying to get as far as I can from this little creature.

Another favorite is the golden spiny mouse, it is an incredible rodent, it lives in the scorching desert, can drink sea water, and overall it regenerates tissues such as skin or cartilage.

Arctic ground squirrels can reduce their body temperature as low as -2°C during hibernation.

If you could have any pet rodent, what would it be?

I would say a flying squirrel: they can fly!

How does it feel to be able to work on something that you’re so passionate about?

I find this a privilege! Even as a child I have always been interested in the diversity of life in terms of shape colors etc...

Very early on I knew I wanted to be a scientist to study all of this amazing diversity. So achieving this goal by studying biodiversity within the group of species I find the most fascinating makes me feel very lucky!

What can we learn by studying rodents?

The rapid evolution of rodents associated with extreme differences in phenotype, even for very close relatives, makes them very good models to learn how complex traits evolve in all mammals.

This is particularly important, as understanding of how changes in our genome affect phenotype is required in order to learn how to cure genetic diseases in humans, for example.

How are rodents so good at adapting to different environments?

One of the reasons that explains this success lies on their evolution rate. One of our recent studies found that the genomes of rodents evolve 4 to 6 time faster than primates (which evolve with a rate of classical mammalian groups).

In fact, when you look at rodent evolution, 10 MY corresponds to 40 to 60 MY from other mammalian groups.

This accelerated evolution allows them to adapt to a variety of conditions or environments within a relatively short period of time compared to other mammals.

Do you think that rodents are misunderstood?

Yes I think this is mainly because they have a bad reputation as pest and because of their small size they are ignored by most people.

But they are the most amazing mammalian group to study - especially because of their diversity in terms of species, extreme phenotypes and habitats. They are ideal to study mammalian biology and evolution.

What are you most excited about working on in the near future?

I am very excited about this project as we will be able to learn a lot about the mechanisms driving the fantastic biodiversity found in rodents! 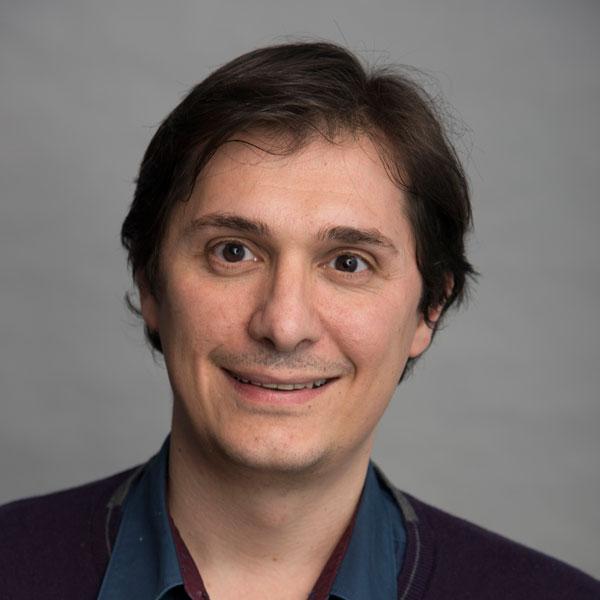 Evolution doesn’t always have to be slow, it can happen in a quick burst - as research into rodent genomics shows.
Image
17 November 2016
Science
FEATURE | 10 min READ

How population genetics is helping to prevent a species of Madagascan day gecko from going extinct.
News
Image

The taming of the <del>shrew</del> dog, cow, horse, pig and rabbit.

What does a cow, a horse, a pig, a rabbit and a dog have in common, and how similar or dissimilar are their genetic conductors?
Image

We discover why the green peach aphid (Myzus persicae) is one of the most destructive pests to many of our most important crops.
Image