Fish and chips, fabrics, personalised medicine and coffee. These are just some of the things you might have Earlham Institute researchers to thank for in the decades to come.

The world is rapidly changing - in good ways and bad - and it’s the job of genomics researchers to keep pace with it all while offering data-driven solutions to some of our most pressing problems.

From food to healthcare, and even fashion, what we’re researching today could transform your future world while helping to save some of the things we’d love to keep.

Chances are you’re likely to be sipping a coffee whilst reading this, especially now that coffee has (purportedly) overtaken even tea in the caffeine indulgence stakes. How many cups might you drink in your lifetime? What if it were to disappear forever? How would you function?

Researchers at Kew Gardens recently revealed that 60% of the world’s coffee species are under imminent threat of extinction. That’s largely our fault, due to our tendency to farm large monocultures and destroy the forests that coffee thrives in.

Plantations are particularly at risk as shade-loving species are exposed to pests, pathogens and soil erosion, craving the natural protection of a biodiverse under canopy.

Luckily, Dr Nasmille Larke-Mejía is on hand. She’s not only interested in saving our precious soils, and keeping pathogens at bay in the process, but in saving coffee from new and emerging pathogens.

“We’re looking at a fungus that’s normally saprophytic,” says Larke-Mejía. “It usually lives on dead wood, but out of nowhere we’ve found this species that can kill coffee plants.”

Larke-Mejía is using genomics to track the evolution of this fungus and to identify the genes that imbue it with coffee killing abilities.

Meanwhile, her work on soil health - along with that of colleagues on the GROW Colombia Project (now based with Dr Federica Di Palma at UEA) who are helping farmers move back to sustainable agroforestry methods - might just swing things back in favour of our precious morning cup.

Could our precious morning cup of coffee be a distant memory in 10 years time? Not if our researchers have anything to do with it. 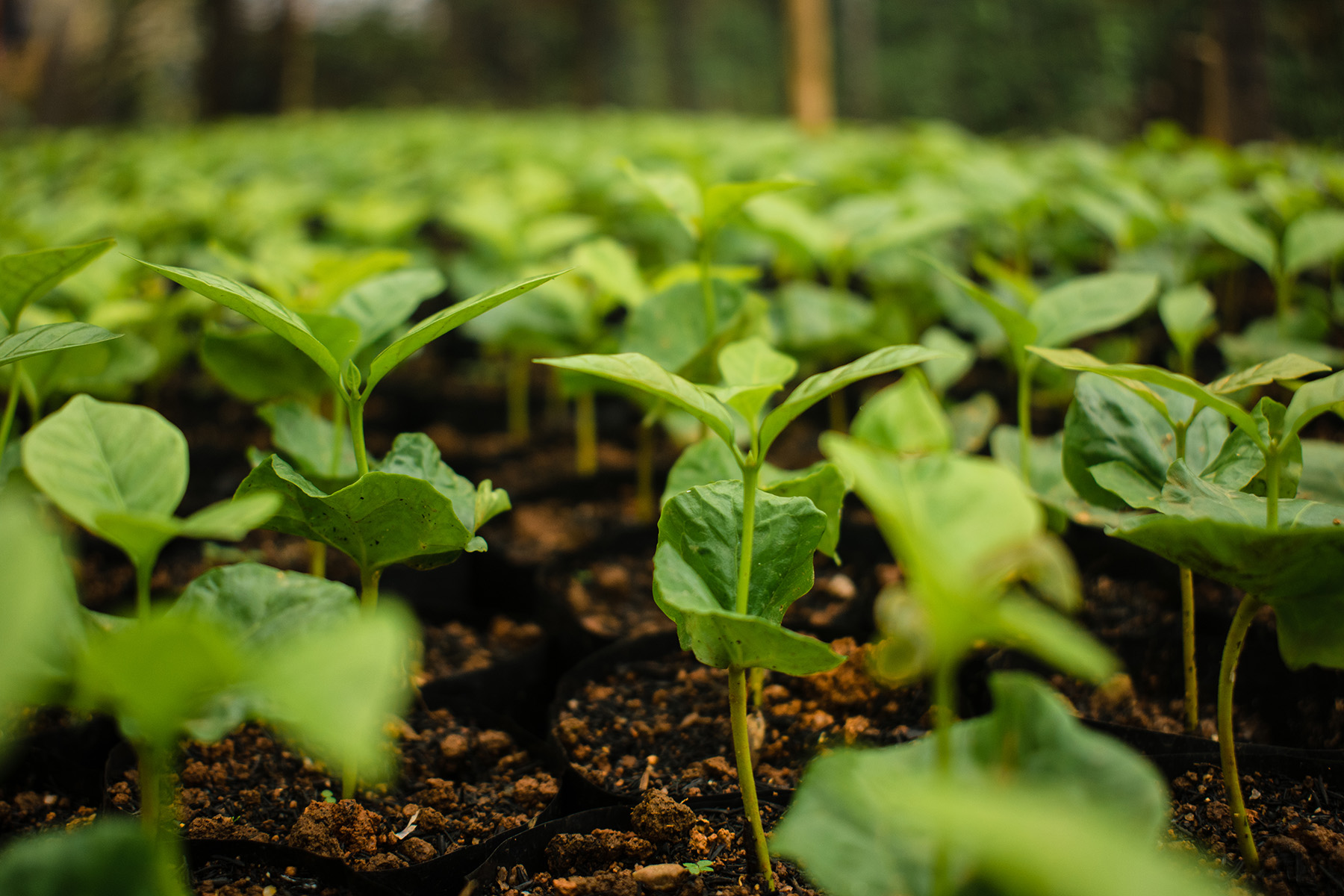 Don’t panic, but bananas are under threat too.

A major part of the problem is that, though there are many varieties of banana worldwide, we only tend to eat a few. Many of us in the UK today will only really know the taste of the Cavendish variety. A smaller number may also have eaten plantain, usually cooked.

Once upon a time, however, banana eaters had far more choice. Anyone older than 60 might just remember the Gros Michel variety, which tasted a lot like artificial banana flavouring, until they were almost wiped off the face of the Earth by a fungal pathogen known as the Panama disease.

Unfortunately, the same risk persists today, which is why researchers in the De Vega Group - including Dr Janet Higgins and PhD student Carolina Olave-Achury - are exploring the genomics of bananas. They want to better understand banana origins, their evolution, and potential ways to breed more variety into our perfectly-packaged fruity morsels, including resistance to diseases.

Hopefully, this and other research going on around the world will mean we can keep bananas on the shelves for a long time yet.

Having a banana with that morning coffee? 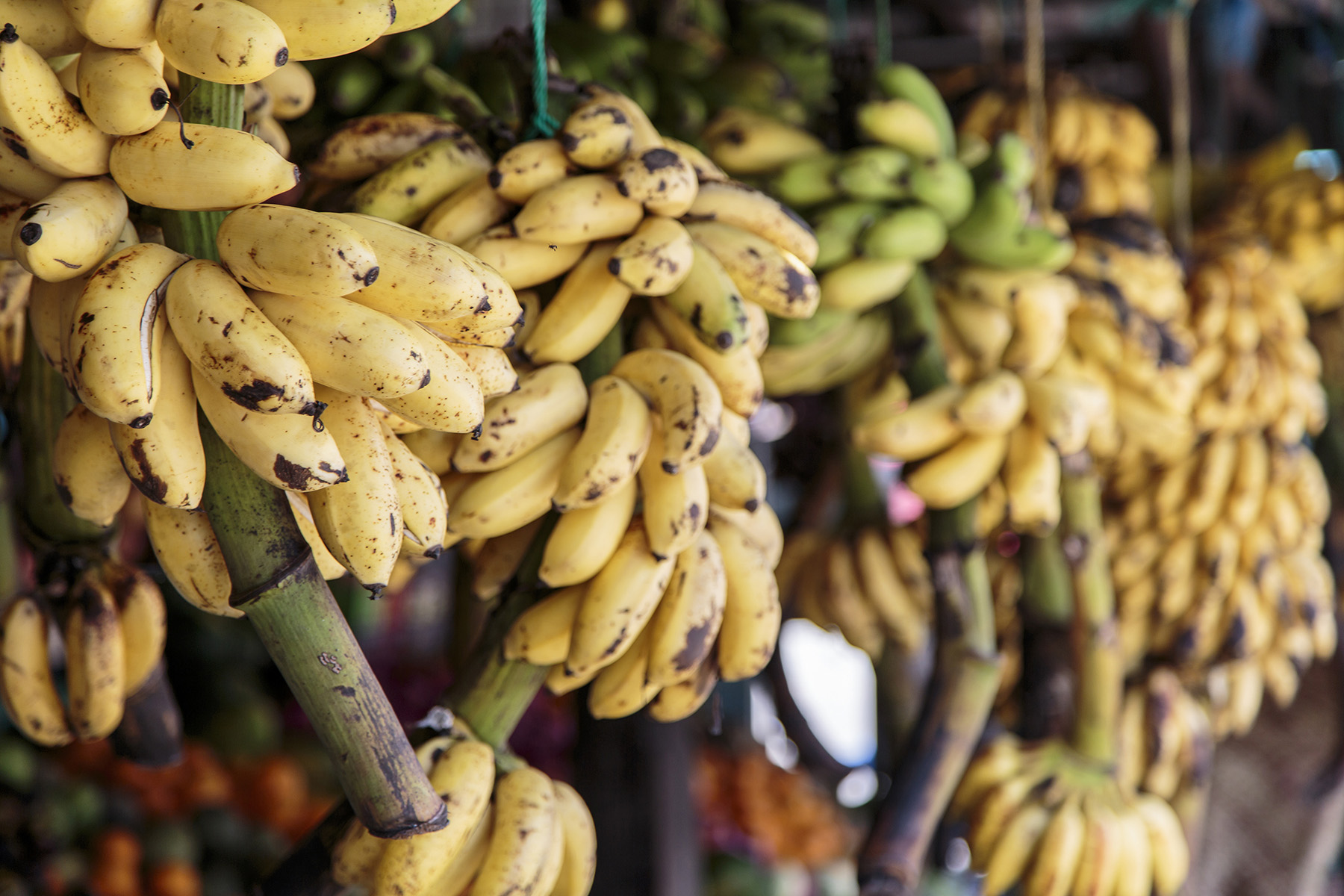 “It's clear that fish and chips will be off the menu within our lifetimes if we don't act now,” said Willie Mackenzie of Greenpeace about fifteen years ago. That’s when it was predicted that tuna stocks would be demolished out of existence by 2048.

Overfishing doesn’t seem to be slowing down, and the demand for this vital source of nutrition in a growing global population seems to be speeding up.

While some ocean species may never recover to make it onto menus of the future, intrepid aquaculturists are bringing fish farming inland - and tilapia may well be the catch of the day in the years to come.

All across the globe, this versatile and hardy fish is being cultivated in ponds to meet the protein demands of billions. EI researchers in both the Haerty Group and Genomics Pipelines are working with WorldFish and others to ensure the practice becomes a lot more sustainable in the long run. 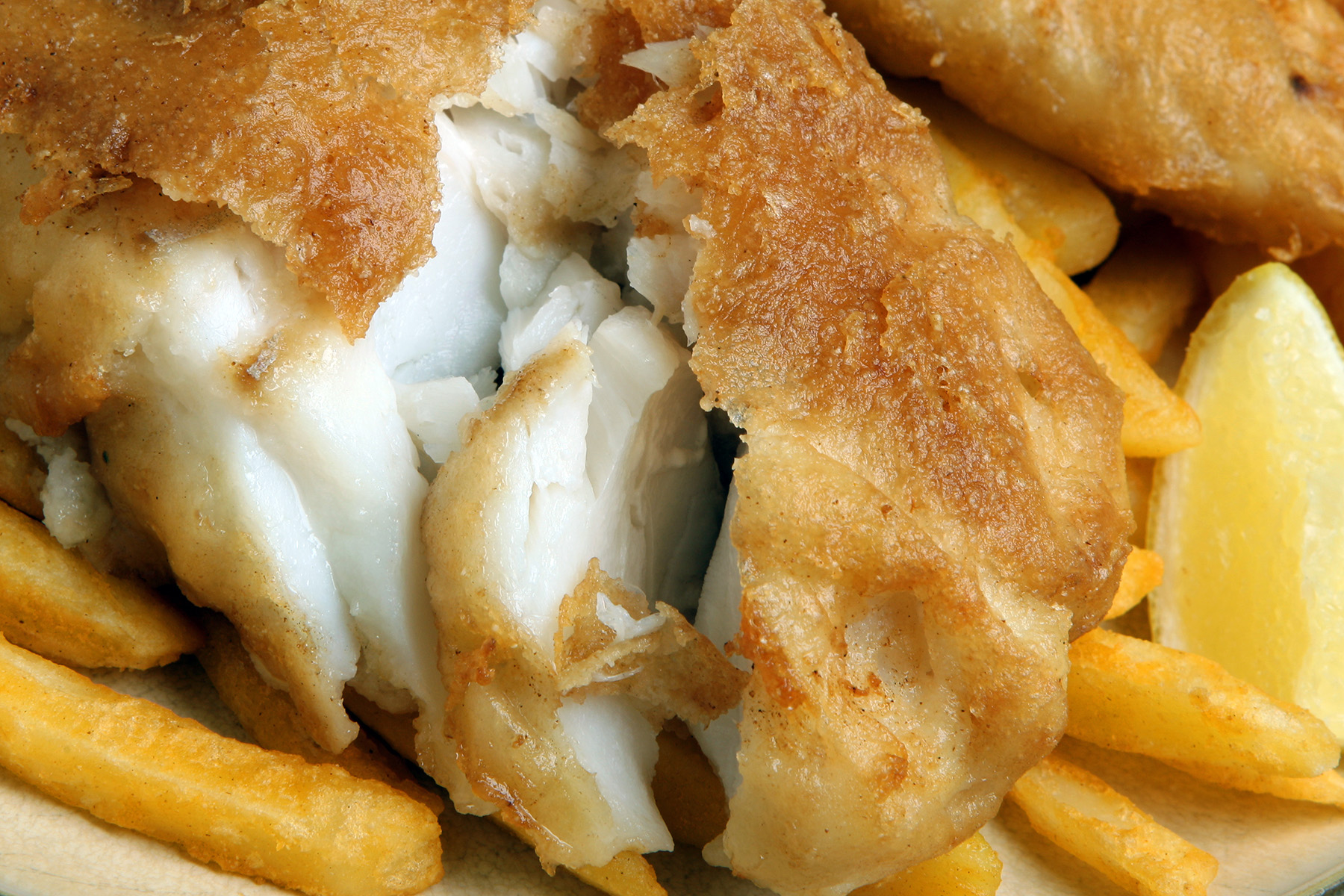 We’ve inflicted plenty of damage on ourselves, as well as our planet, in modern times. Lifestyle-related illnesses are on the increase, inflammatory bowel disease and type 2 diabetes among them.

Scientists of the Earlham Institute and Quadram Institute’s Hildebrand, Korcsmaros and Quince groups are all experts on things that make your stomach churn, and your guts healthy or sick.

Using the latest metagenomics tools, it’s possible to delve into the microbial world within, and it’s fascinating. There can often be more microbe cells in your gut than there are human cells in your whole body, and if you keep them well fed with nutritious vegetables packed with lots of different fibres, everyone’s happy.

A healthy gut could well be the secret to a long and healthy life, and may even help to ward off dementia (if you’re a mouse at least).

Though we might still be a few years off the holy grail - a so-called “crapsule” that would replenish your ailing microbiome, according to Director of the Quadram Institute Ian Charles - we’re edging closer to tailored advice based on your microbiome profile, and a lot of that is thanks to the pioneering methods being generated here.

After all that coffee and those chips we're going to need some vegetables... 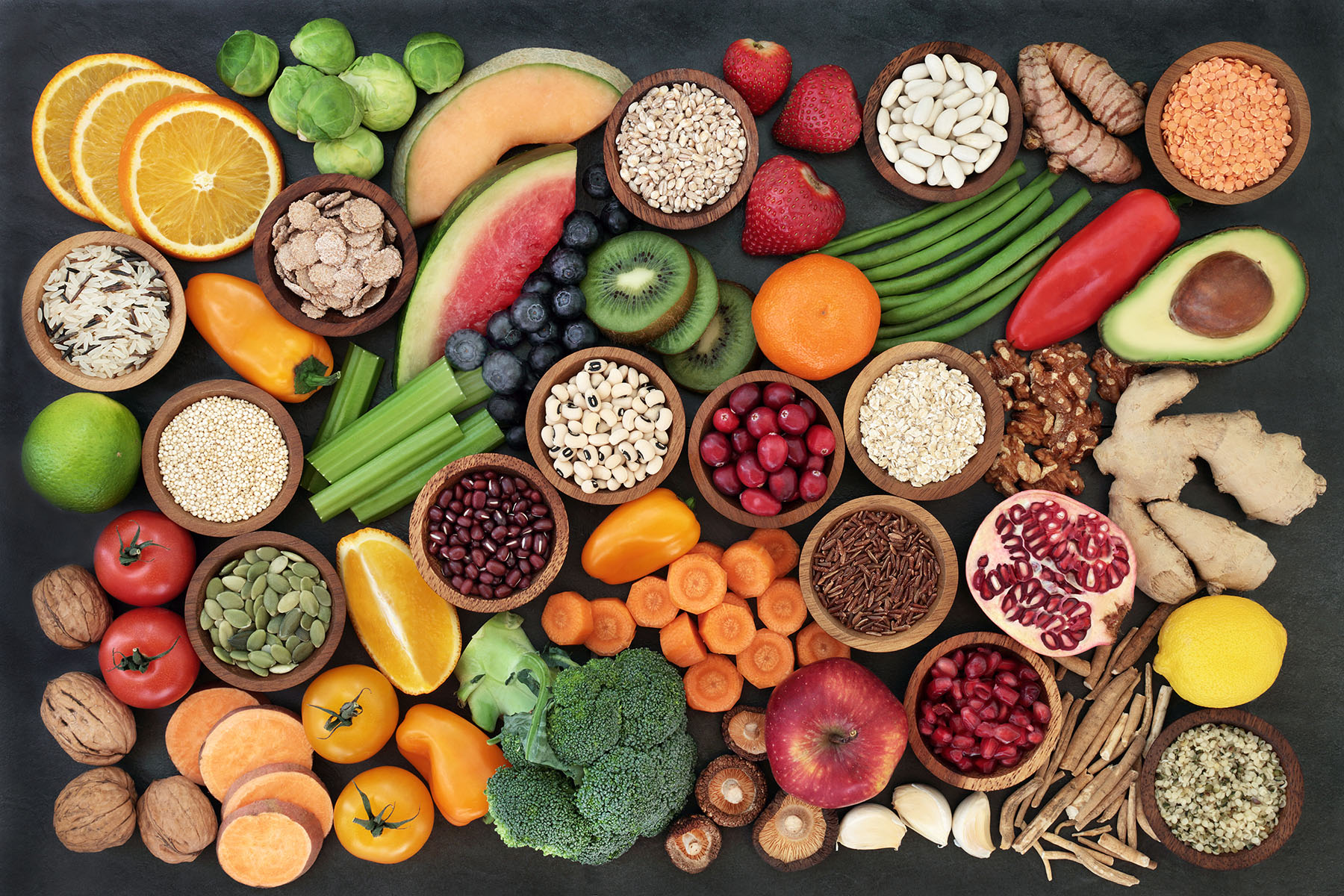 Fashion and biology have ever been intertwined, particularly as cotton and wool are biologically generated materials. With our passion for fast fashion in the spotlight, an Earlham Institute collaboration with innovative Norwich Research Park-based company Colorifix has been helping to move the industry in a more sustainable direction.

The dyes used to make clothes are among the worst pollutants on Earth. Garment factories along some of our most important rivers release 200,000 tonnes of dyes in waste, rendering them toxic, while going through trillions of litres of water in the process. They’re responsible for up to a fifth of industrial water pollution.

Colorifix says it needn’t be that way, using synthetic biology-based approaches to make new dyes from microorganisms, such as common streptomyces bacteria found in soils.

“We borrow colours from nature,” Neil Williamson, Head of Microbial Engineering at Colorifix explained recently at the EI Innovate 2021 event. “We identify the biosynthetic pathways that produce a particular pigment, order them as synthetic DNA, and clone them into microorganisms.”

The microorganisms can then be cultured using fermentation-based methods and renewable feedstocks, much like beer, and the product is transferred directly to an industrial dyeing machine.

The company is ramping up its research and development thanks to a partnership with the Earlham Institute’s Biofoundry, home to automated robotic platforms that enable Colorifix to optimise the conditions under which microbes grow and produce pigments.

Not our clothes as well! 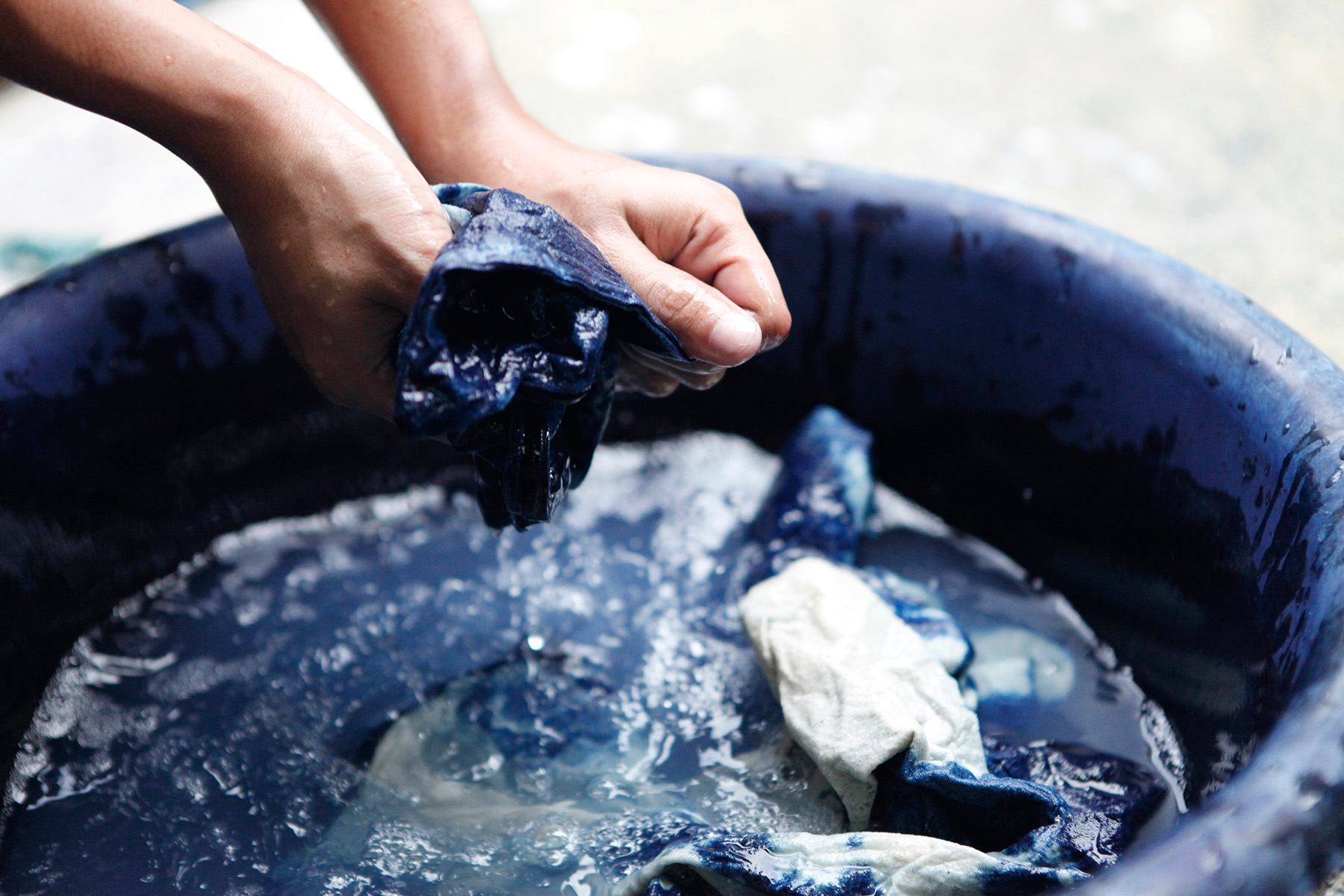 Big pharma is also getting a makeover thanks to genomics.

Aside from the huge potential of bioinformatics and AI to reveal new drug targets (just ask Dr Wilfried Haerty and collaborators about their research on schizophrenia), we’re on the cusp of a more circular and sustainable approach to both discovering and making drugs.

Scientists of the Patron Group at EI are applying their expertise in synthetic biology to engineer novel pathways into plants.

As part of the Darwin Tree of Life project, researchers in the same group are also exploring the genomes of wildflowers to identify the genes and pathways responsible for producing potential medicines within them. By mining the genomes of different species (potentially every single plant in the UK, in fact), we might just discover medicines with completely novel uses.

In ten years time, when you’re popping a pill to cure an ailment you never thought would shift, it may well be thanks to some of the research undertaken here at the Earlham Institute. 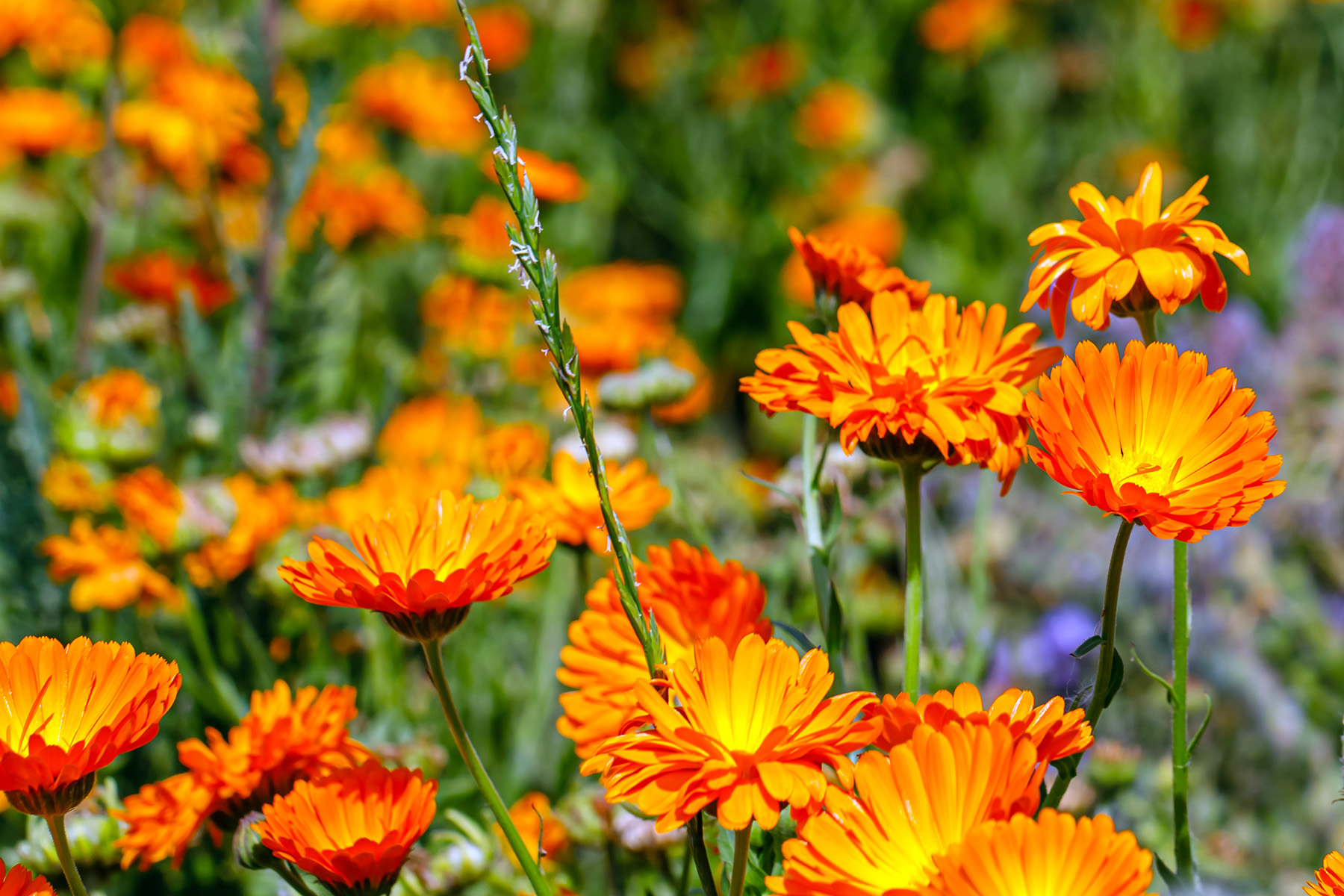